The Hampton and LEH musical is a hit 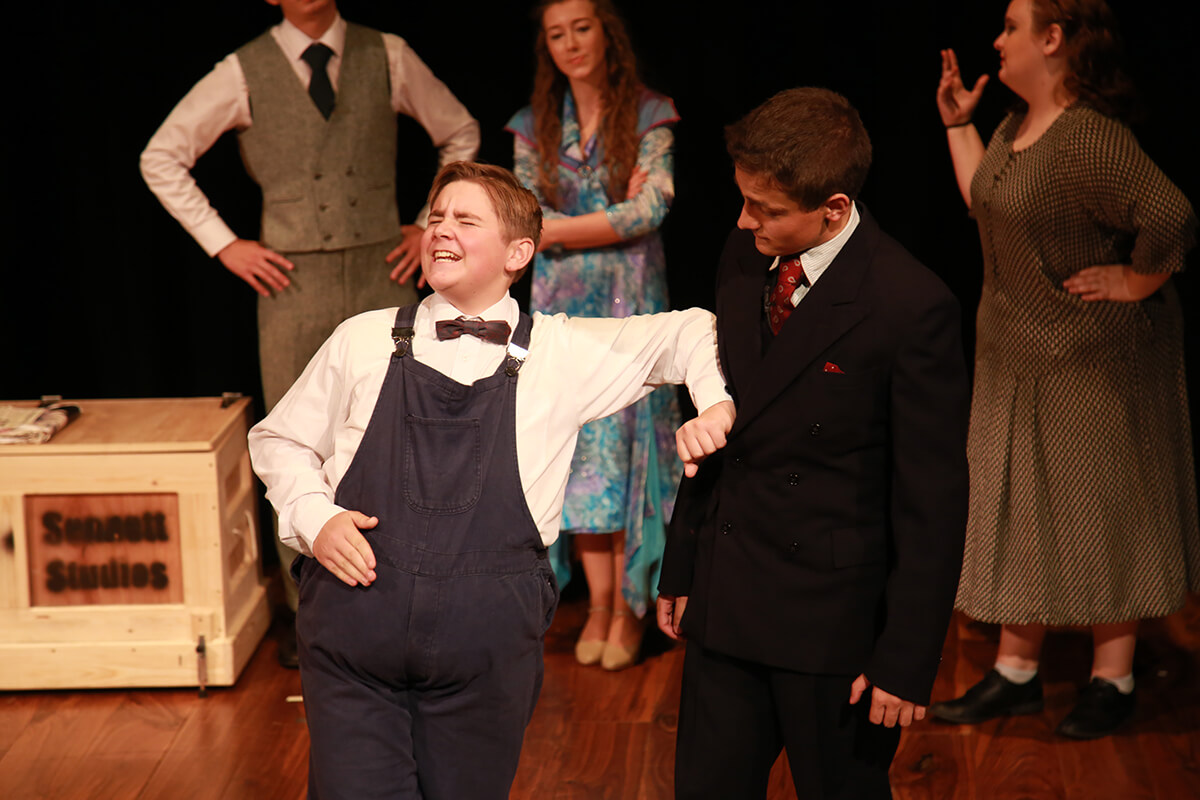 This year’s sell-out musical staged by Hampton School and The Lady Eleanor Holles School was Mack & Mabel. Hosted by LEH, the production brought together a company of nearly one hundred pupils, comprising of performers, musicians, backstage and technical crew and was an overwhelming success.

From the opening slap-stick number, Movies Were Movies, the audience knew they were in for a great show.

Breaking the ‘happy ever after’ tradition, Mack and Mabel delivers an emotional punch with the tragic passing of the Hollywood star, Mabel.

Hampton Sixth Former,Rahul Jaitly, and Ana Martin beautifully created the turbulent and testing relationship of Mack and Mabel.  The two principals roles were strongly supported by the ensemble and there was a real sense of the camaraderie and support from Mack’s colleagues: Lottie (Kate Russell), Frank (Tom Nunan), Ella (Alice Norrington) and Fred (Alfie Evans-Hutchinson).

Two dance numbers were particularly memorable for all the right reasons; Bathing Beauties and Hit ‘Em on the Head perfectly captured the comedic and exaggerated style of silent cinema.

The music (under the direction of Miranda Ashe, Musical Director) was exuberant and uplifting, perfectly fitting the mood and atmosphere of the jovial and hectic film studio and much credit must go to the stage crew for achieiving  such fluid scene changes in such a prop-heavy and complex show.