Members of the 1st VIII compete for Great Britain 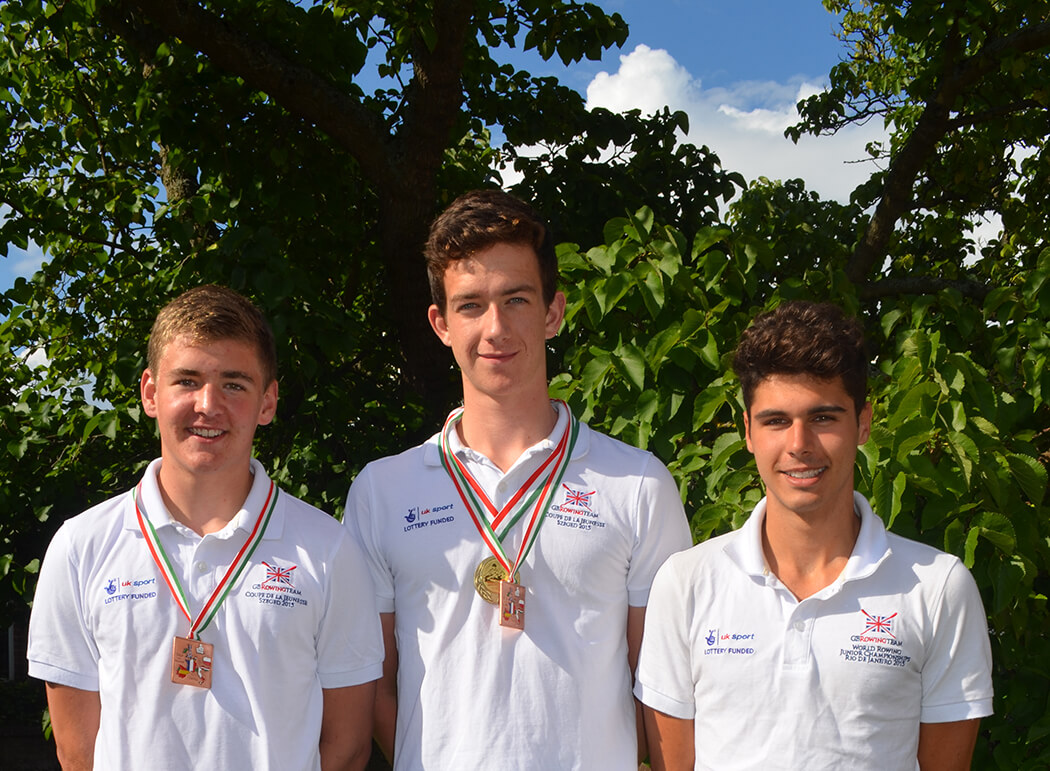 Over the Summer three members of the Sixth Form earned international honours competing for the GB Junior Team in two of the most prestigious events of the junior rowing calendar.

Captain of Boats,Jens Clausen, and fellow member of the 1st VIII Dominic Jackson, competed in the Coupe de la Jeunesse in Szeged, Hungary, in which they faced crews from across Europe. Jens won two Bronze medals in the Junior Men’s Eight and Dominic won a Bronze in the Coxless Four.

There was also Hampton representation in the Junior World Championships in Brazil over the summer. Chris Zahn was selected from hundreds of hopefuls to have the honour to compete in the competition in Rio de Janeiro in August. Chris rowed in the Coxed Four and competed on the course that will be used during the Olympics in Rio in Summer 2016.