The Hampton community come together 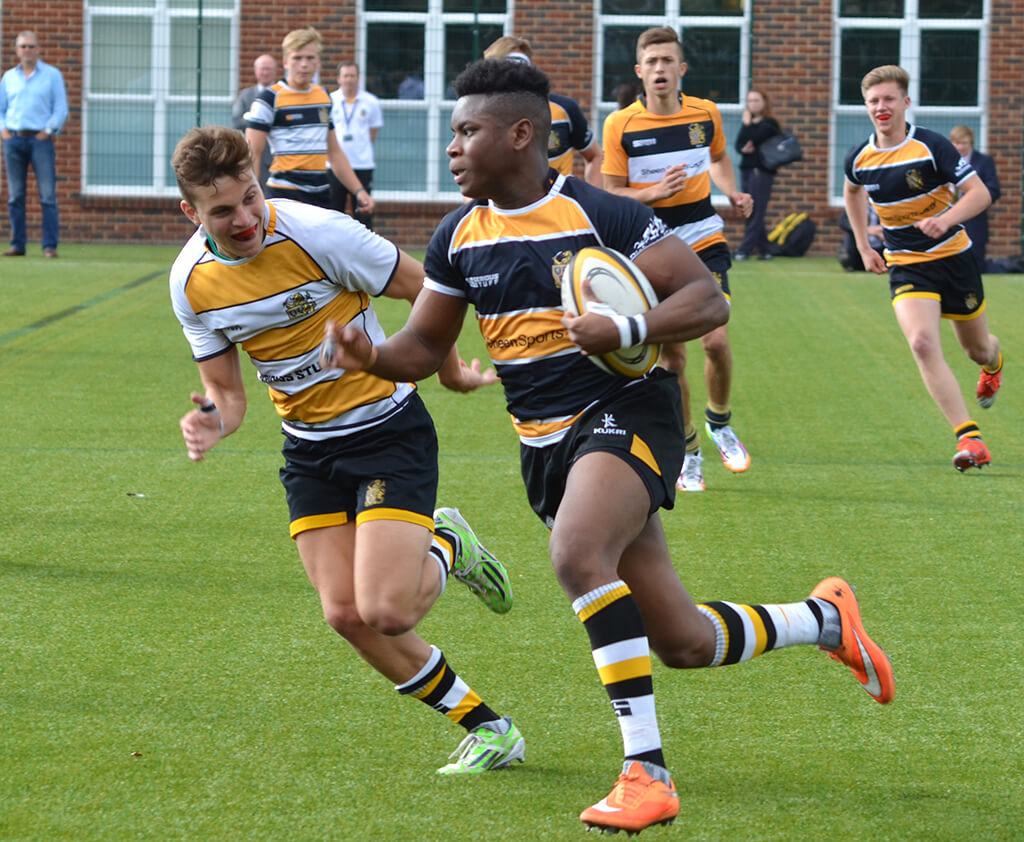 Current boys, alumni, staff and parents took part in the 2015 Festival of Rugby.

The day began with The Chris Mapletoft Junior Cup which highlighted the skills of many of Hampton’s current U13 players.

The much anticipated clash between Hampton’s current 1st XV and last year’s Upper Sixth saw the Old Hamptonians starting well, but the game ended 23 – 5 in favour of the current 1st XV.

The Sevens match between recent leavers and a team from Teddington RFC was a fitting way to end an exciting day of rugby.
After refreshments in the Dining Hall, Mrs Lesley Mapletoft presented 1st XV Captain, Roman Malin-Hiscock, with the Chris Mapletoft Trophy.

“Our annual rugby festival has a very special place in the Hampton calendar and it is an event we cherish here.  It was wonderful to see so many of our rugby-playing and other alumni, parents, staff and friends of the School gather together at the start of a new year to celebrate Chris’s life through playing and watching the sport he loved so much.”