OH Simon Amor puts his side through their paces 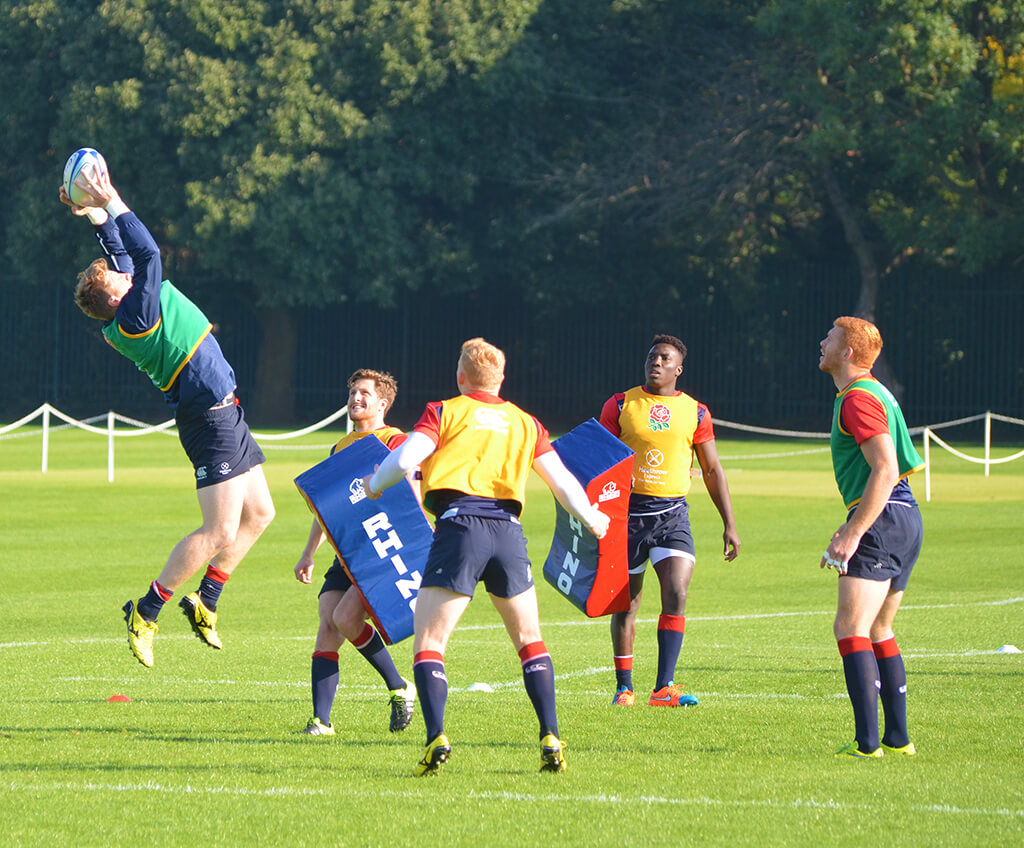 The England Sevens squad spent a week training at Hampton as part of their preparation for the upcoming Sevens season.

Head Coach Simon Amor, a Hampton pupil between 1992 and 1997, was confident Hampton would be a good place for his side to practice during the break from the World Sevens Series.

Simon, who previously captained the England team himself and was named IRB Sevens Player of the Year in 2004, was pleased to return to his old School:

“It’s fantastic coming back here. It’s changed so much since I was a Hampton boy and the facilities are amazing, including the 3G which we trained on. The School is always so accommodating and I have great memories of my time here.”

On top of his role as England Sevens Head Coach, Simon has been chosen to coach the GB Sevens Team for the Rio Olympics in 2016. He is looking forward to the challenge:

“It will be a different experience bringing the Home Nations together but right now we need to focus on putting in strong performances in the regular season and we’ll move on from there.”