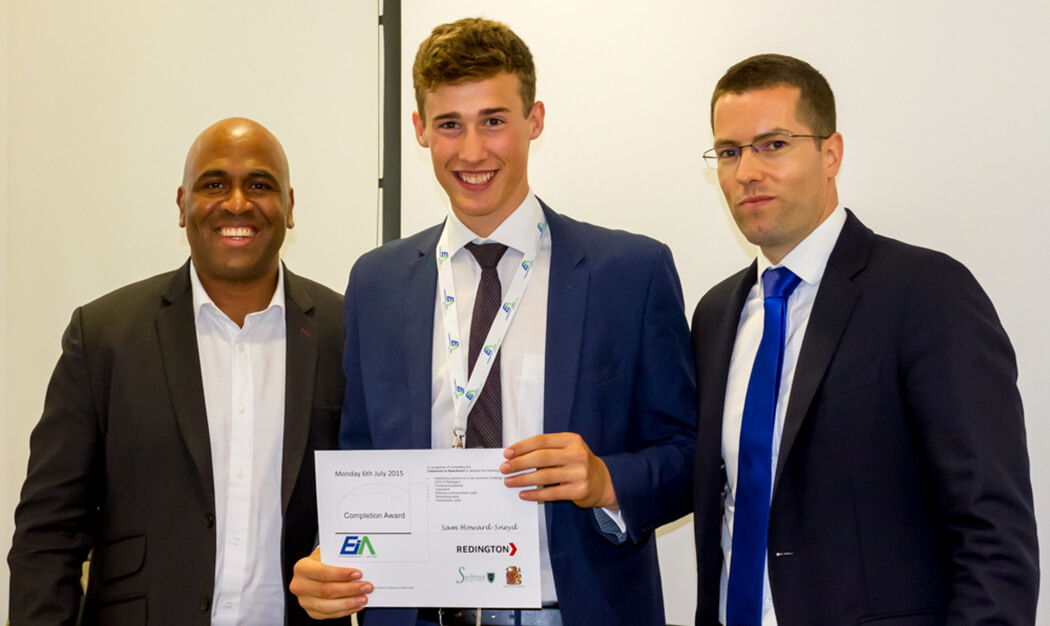 Boys from Hampton’s Sixth Form teamed up with girls from Surbiton High School as part of the EiA “Classroom to Boardroom” scheme, which culminated in an excellent pitch at the headquarters of investment consultancy firm Redington.

They had worked for the previous three days on producing an app and a childrens’ game for Redington to use in their campaign to get younger people to save more. The app made the tracking of one’s financial budgeting far easier, as people could now track the performance of their savings. The app could also track daily expenditure and help with personal budgeting. For younger children the Hampton boys and Surbiton girls produced a game featuring a panda to give the message about the importance of saving when you are young. The panda was rewarded with bamboo which could be used as currency when it succeeded in climbing the rock!

The quality of the work the boys put in was exceptional, particularly the final presentation at Redington. Indeed two of the boys who took part, Isher Hehar and Pavan Balra, were invited back over the summer holiday to do work experience at Redington.

Plans are being made for the same Surbiton and Hampton team to make a further presentation in London in December.

See the video of the students pitching below: