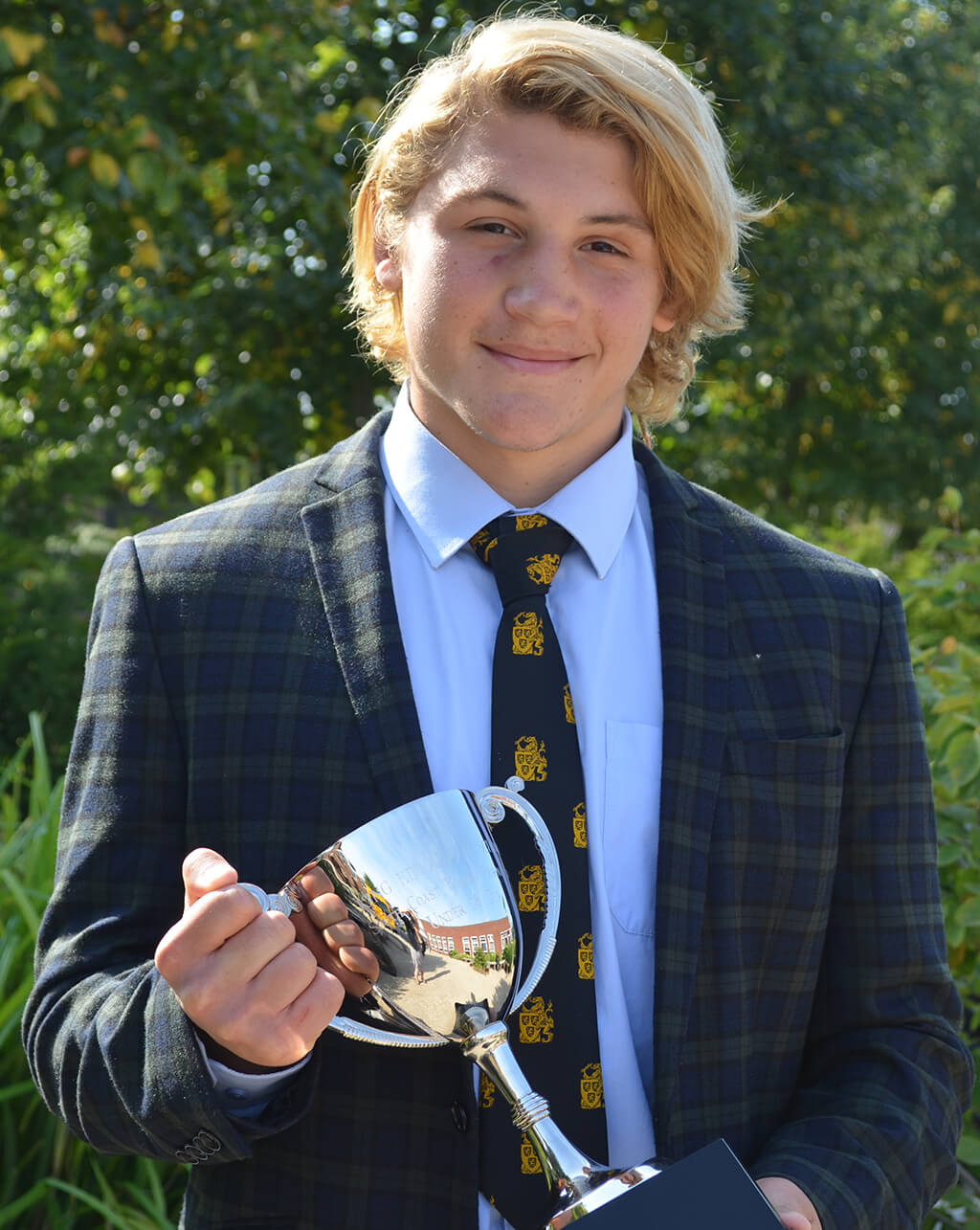 The 1st XV and the U15A team competed in the South Coast King’s Cup, which is hosted by King Edward VIth School in Southampton and which features teams from as far afield as Cheltenham, Devon and Wales.

It was a successful day all round for the Hampton sides, with the 1st XV winning the U18 competition and the U15A team finishing close runners-up in their age group.

Both teams were impressive in their group stage games, with each side winning all three of their matches to top the pools.

In the semi-finals the U15s played well to beat Beechen Cliff School to set up a final against Dean Close School, a side they had beaten in the group stage. Unfortunately this time the team could not find the score needed to win the match and lost 7-10.

The 1st XV were in fine form all day and did not concede a single try until the final. Having progressed through the group stages they beat a strong Blundell’s School side 12-0. In the final, Hampton controlled the game against last year’s Welsh Schools’ Champions, Whitchurch High School, and won 17-5.

It was a good day for both sides and Hampton’s new Director of Rugby, Sean Thomson, was very impressed:

“The performance of both teams was fantastic all day. The U15s were unlucky to lose in the final, but must be commended for their play and in doing so well. The 1st XV showed promise in all areas of their play and now look forward to starting the season in earnest.”