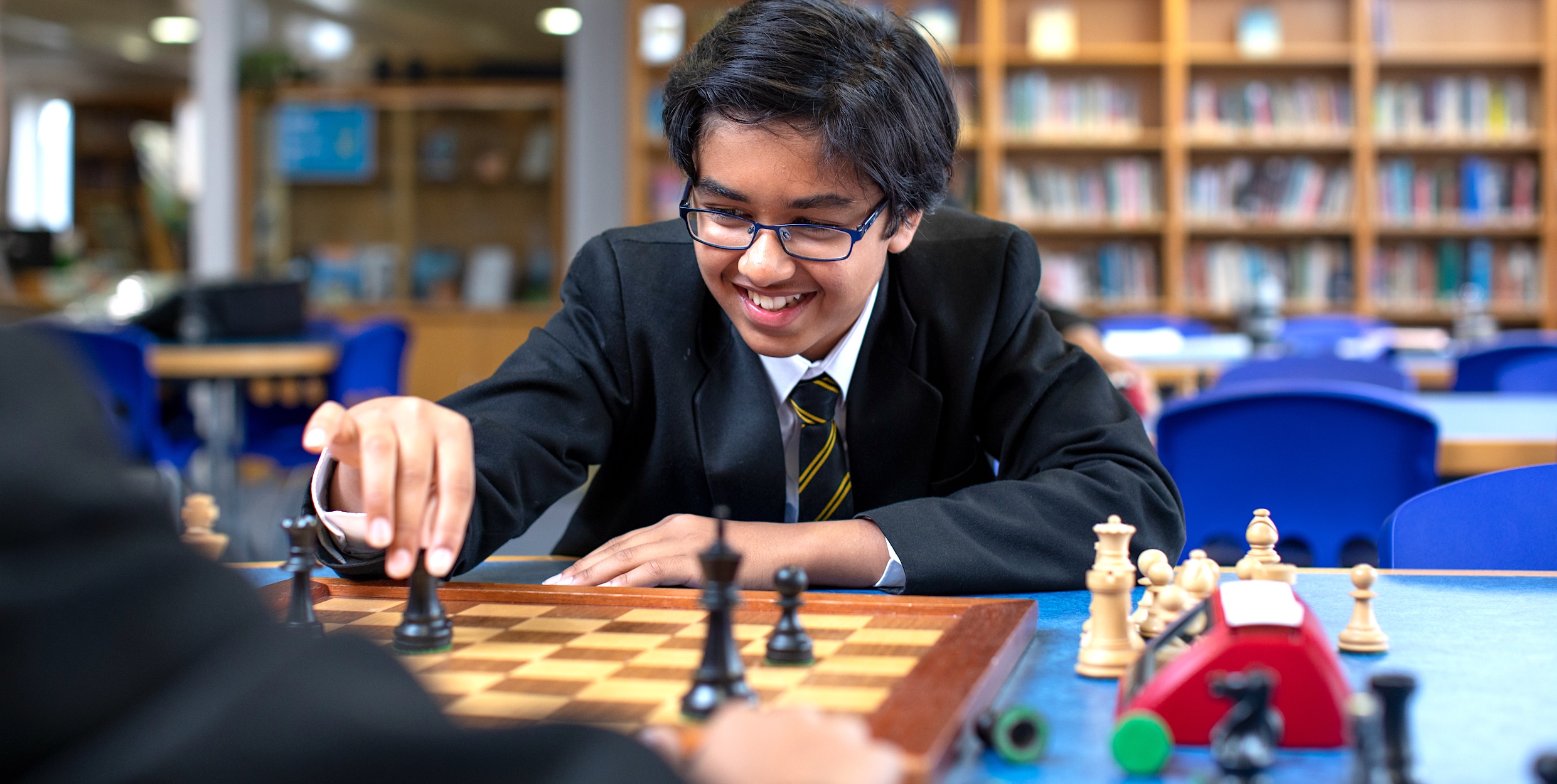 Chess is very popular at Hampton. Most School chess matches are played after school on Fridays in teams of six.

Every match involves one game for each player using clocks and a recording sheet. The time limit for each game is 30 moves in 1 hour with an extra 15 minutes to finish. Matches therefore can be played for up to 2 ½ hours.

The league is between (mainly independent) schools in Surrey. Teams are six players. We also have entered the ECF British Schools Championship.