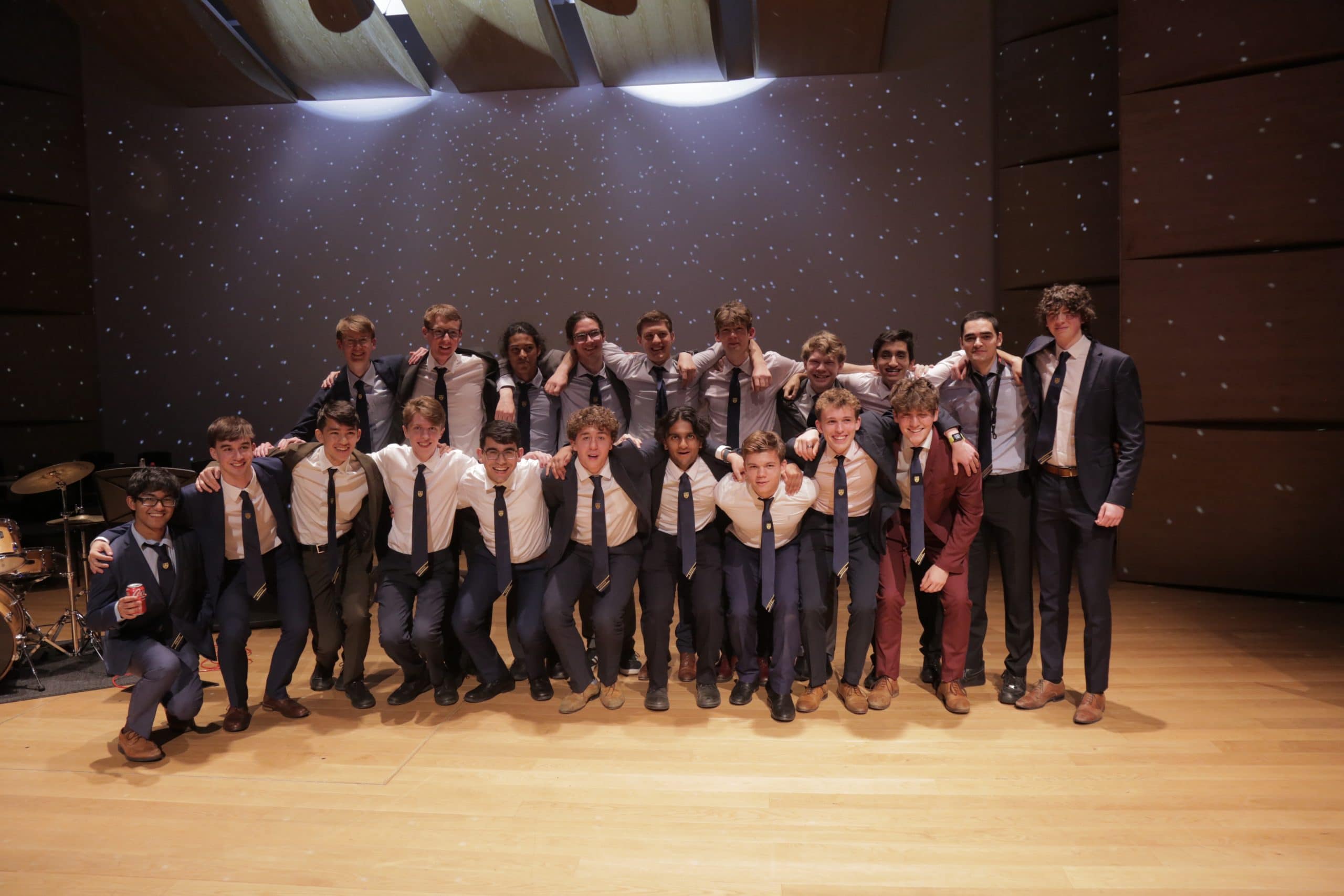 Family, fellow pupils and staff gathered to celebrate our Upper Sixth leavers’ contribution to the musical life of the School in a superb concert in the Hammond Theatre.

Hampton’s senior musicians showcased their talents with a wonderful variety of performances which highlighted the outstanding level of musicianship at the School. From Vivaldi to Billy Joel and Charlie Mingus to John Legend, Upper Sixth pupils entertained the audience with an eclectic programme which included musical theatre, barbershop, jazz ensembles and a range of solo performances. Amongst the many highlights was a piano duet from Daniel Morgan and Pallav Bagchi, who expertly mastered Slavonic Dance No.7 from Dvorak, and Finlo Cowley’s unique performance of Beethoven’s Sonato No. 8 Pathetique. Oskar Chu and Nathan Newell brought funk to the Hammond Theatre with their toe-tapping rendition of Dang! from American rap artist Mac Miller. The first half ended with an uplifting performance from Voices of Lions of My Lord What a Morning, a piece that they also will perform at the Edinburgh Fringe Festival during the summer.

The second half continued the fine musical performances from our senior musicians with Alex Metha’s take on Henry Mancini’s jazz classic Dreamsville, as well as the Wind Quintet who played The Ugly Duckling, an original composition from talented Upper Sixth Former Edward Finnett. The Jazz Band brought the evening to a close with an accomplished rendition of Charlie Mingus’ Moanin’, bringing the appreciative Hammond Theatre to their feet.

Director of Music, Mr Daniel Roland, thanked the Class of 2022 for their superb musical performances during their time at Hampton:

I am speechless… when they joined in the First Year, it was clear that this year’s Upper Sixth were a talented bunch, but last night they surpassed all expectations. It is a special thing to see 22 Hampton musicians together on the Hammond stage, supporting each other and showing such respect for one another.

We are going to miss this group so much, and cannot thank them enough for their dedication, loyalty and commitment to the Music Department.