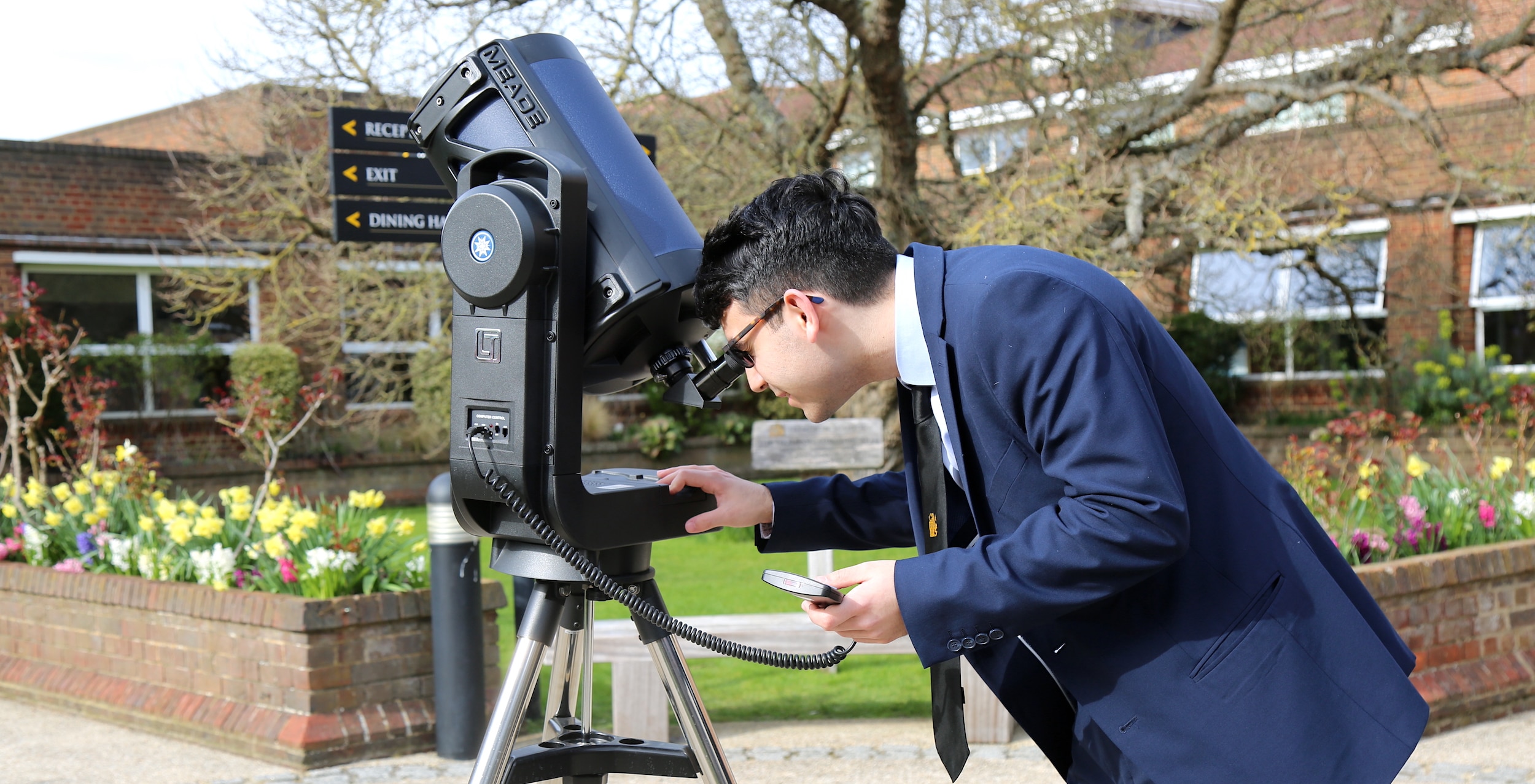 Upper Sixth Hamptonian Pallav Bagchi has excelled in this year’s British Astronomy and Astrophysics Olympiad (BAAO), a problem-solving competition which tests pupils on a wide variety of physics topics applied to the wider universe including the latest research and discoveries in astronomy.

The BAAO is a relatively new project that has formed within the British Physics Olympiad (BPhO) trust. It offers schools across the UK a series of competition papers that focus on astronomy and astrophysics and is the gateway to competing in the International Olympiad in Astronomy and Astrophysics (IOAA).

Pallav’s journey began in the BPhO last November when he sat the round one paper and achieved a top Gold award placing him in the top 170 students out of 2,300 who sat it. This result earned Pallav the opportunity to sit the extremely challenging round two papers for both the BPhO and the BAAO. Pallav achieved a Gold award in the BAAO, and this outstanding result places him in the top 12 of the country’s student astrophysicists. Pallav will now attend a training camp at Oxford University and hopes to be chosen to represent the UK at the IOAA later this year.

This is an extraordinary achievement by Pallav and has earned him an invitation to attend the extremely prestigious Easter training camp at Oxford University where the final teams will be selected to represent the UK at the BPHO and BAAO this summer.

Sixth Former Pallav is looking forward to the Oxford University training camp and the opportunity to represent the UK at the IOAA and compete against 40 other countries:

I’m really excited to attend the Oxford camp, as this is a once in a lifetime opportunity for me. I just hope I can take it one step further and qualify for the IAAO.