The Third Year boys fell silent on Armistice Day during Form Time on Thursday this week. Our annual Remembrance Assembly was a chance for the boys to pay their respects and honour all those who have lost their lives in conflict and war. Mr Moore, Head of History, spoke about an often forgotten aspect of modern warfare – the use of music. The boys heard some fascinating stories, including an incredible account of a pipe band used in modern warfare whilst under heavy fire. Some moving and thought-provoking accounts from members of our School community about relatives of theirs involved in World War 2 can be found here:

On Monday, the Third Years each made a specific pledge to reduce their carbon footprint and these, along with those from the wider School community, will be joined together to make some whole School pledges. Keep reading for a report on the goings on from the COP26 conference below, written by Third Year pupil Trivikram P.

Well done to the U14A football team for their ESFA cup third round victory this week. Congratulations also to the U14 basketball team for their win at Glynn School. Third Year Art pupils have enjoyed their trips to Roche Court – many of them squeezing in a quick nasal flu vaccine before boarding the coach this morning. There will be a catch-up session for those boys who missed the initial MidYIS testing on Thursday lunchtime next week in IT1. Lastly, well done to all those boys who took part in the Interform Cross Country race on Thursday afternoon.

Boys – Please let us, your Form Tutors or the relevant subject teachers know if you are having any difficulties.

You’ve probably heard quite a bit about COP26 in the news recently, and chances are that you don’t know what it is. This is the 26th COP (conference of the parties). The world is warming due to pollution and other similar human actions. COP26 is one of the world’s largest international environmental meetings and over 200 parties (large companies and countries) join this meeting to agree together on suitable environmental goals for the near future, such as zero-emissions, etc. This time, the UK has the privilege to host COP26 in Glasgow. So far, some huge goals have been decided, and this event is one of the biggest COP so far. Some of the biggest goals which have been spoken about are listed below:

The information stated above is prone to change as discussions are still going on. Here’s what another Third Year pupil, Zaid A thinks about COP26:

I think COP26 is an excellent move. This conference will not only take us one step further to solve the climate change issue, it will also impact younger generations’ lives for good in the future. We as a community should do our bit to help the environment. You could do something as simple as supporting the local farmer’s market, or use reusable water bottles instead of disposable ones. 25,000 people attended COP26. 250,000 cups were saved. If every person in the UK did this, then we could be saving 600 million disposable cups. If we all do at least one thing, this will make a huge impact on the environment, and change our world for the good.

Also, here are some fun facts about COP26!

As COP26 draws to a close, it’s important to remember that small changes can make a big difference. Here are some of our pledges that the Hampton community have made since the start of the conference:

Many congratulations to Ben K, Freddie M, Ethan Q, Leo M, Aaryan D, Aryan S and Jeff L for their excellent performances in the New Boys’ Concert on Tuesday evening. It was lovely to see their substantial talents on show and we are all looking forward to seeing future performances from these excellent musicians!

Here’s a flavour of Ethan’s performance on the drums and what he thought about his very first appearance on the Hammond Theatre stage:

I’m sure that you’re all following The Great British Bake Off as avidly as I am (come on, Giuseppe!) and if, like me, you’ve been inspired to get in the kitchen and cook up a storm, then perhaps National Homemade Bread Day next Wednesday is right up your street!

We’d love to see some photos of your homemade breads so get those mixing bowls out and show us what you can do! Send any photos of your efforts to j.neville@hamptonschool.org.uk and we’ll feature them in next week’s blog! Happy baking!

All Third Year artists went on a visit to the New Art Centre in Salisbury this week as part of their Public Art classwork project.

This is always an exciting and stimulating trip for the boys which provides them with the unique opportunity to study a diverse range of exciting contemporary sculpture, and so it proved as the boys took in all that the centre has to offer and learnt plenty!

You can read about the sculpture park here.

The annual Hampton Run took place on Thursday at the start of Games, allowing our promising runners to shine and everyone an opportunity to score points for their Form in the race for the Wills’ Cup!  Take a look at the boys in action as they raced around the Hampton playing fields:

Huge congratulations to Ruben B-R (more on him below!) who took the overall win, closely followed by Joshi RdM and Ewan McVey who rounded out the top 3. 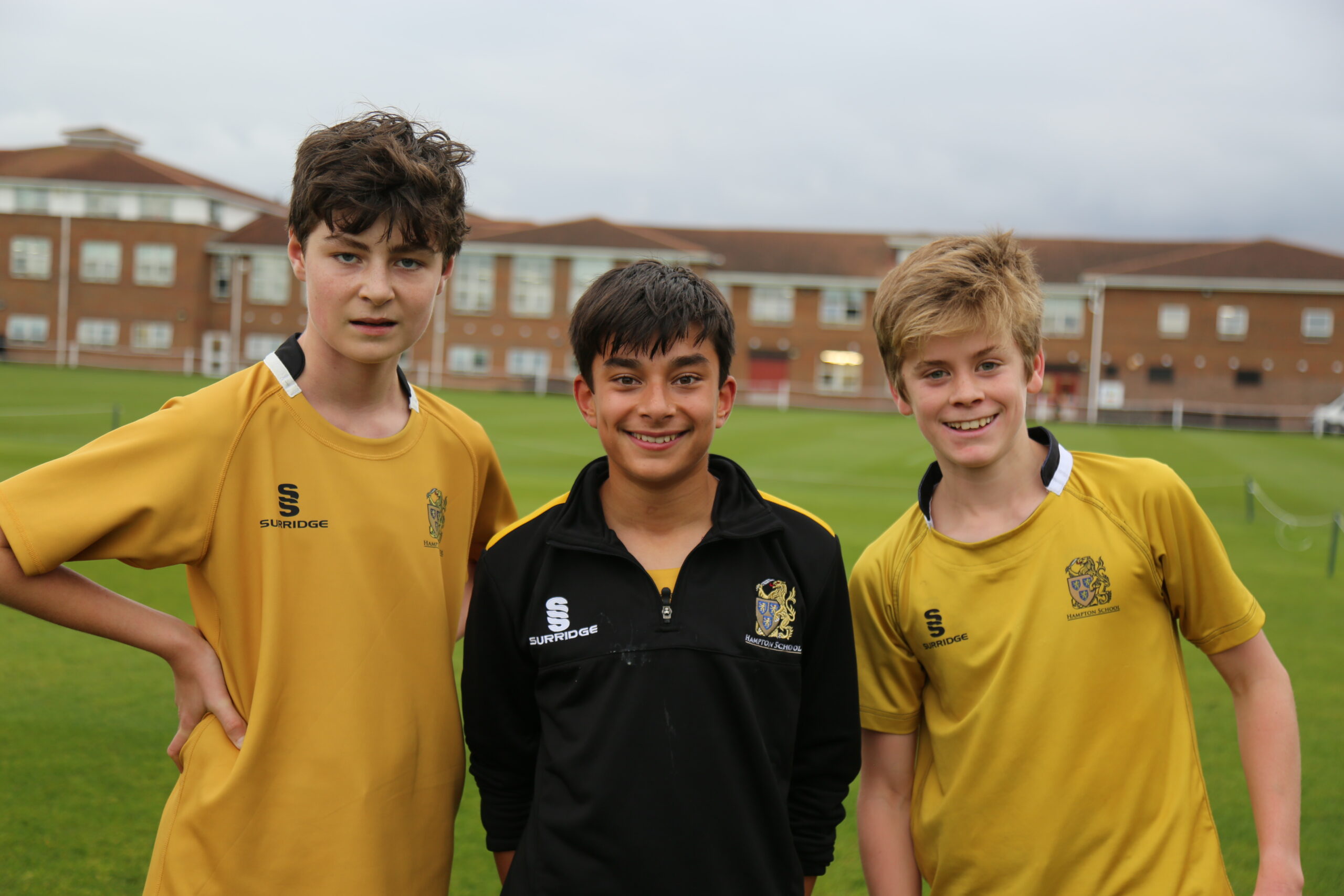 In the Form competition, it was 3C who emerged victorious, with 3E and 3G fighting hard for 2nd and 3rd places respectively.

3C are leading 3H by a whisker, but it’s all very tight behind them – who will take the lead over the winter? Stay tuned to find out!

Some successes to celebrate!

Two of our first rate Third Year chemists took part in the Royal Society of Chemistry’s Top of the Bench competition on Wednesday evening. Alex R and Oli L-S were part of the team that came second overall, missing out on the top place by just one point! Great effort, boys! 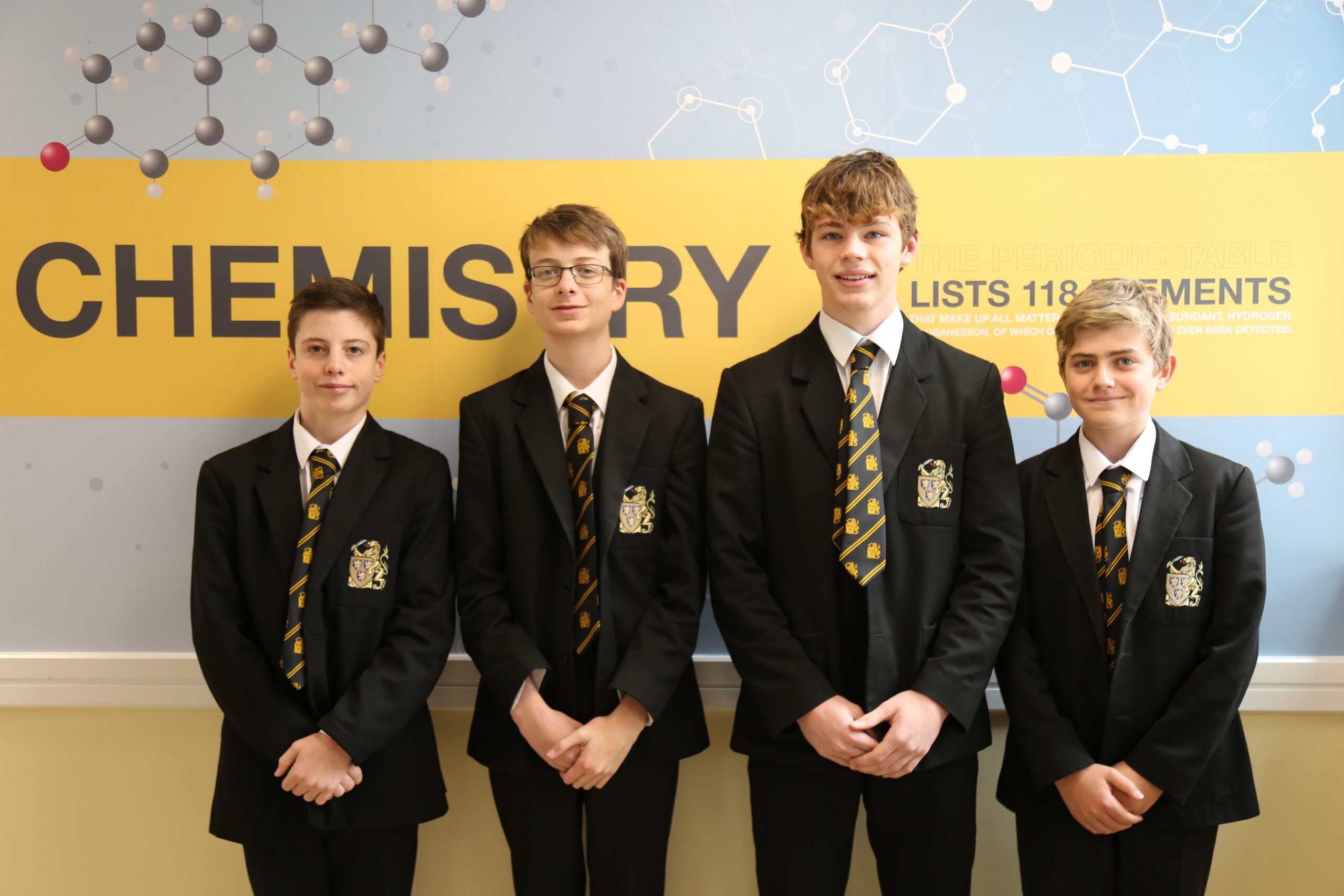 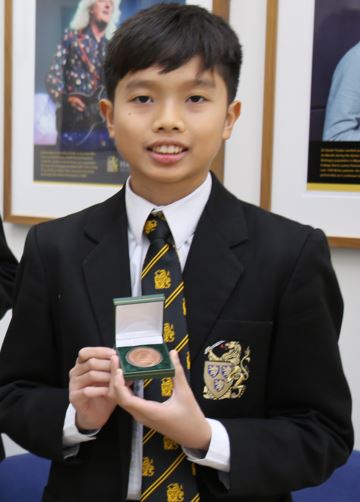 Ruben B-R has been selected to run for Team Richmond in the London Youth games Cross Country Competition on Sat 20 November after impressing in his trial. All the best, Ruben – give it everything you’ve got!

The U14A Football side have had a busy, but rather successful week! A solid 3-0 victory over Charterhouse last weekend, with goals from Riccardo F, Dexter B and a penalty from Ollie D after a mazy run by Quinn S, was followed up with a workmanlike 1-0 win in the ESFA cup over Chancellor’s School, thanks to a goal from Danny M. A Fourth Round tie against Queens’ School now awaits the 14A’s. In a final flourish to the week, the boys capped it all off with a great 5-0 win over Richard Reynolds, with Michael DiS and Sam M adding their names to the list of goal scorers this week!

Not to be outdone, the U14Bs secured their own win over Charterhouse last weekend, with a resounding 7-1 success with Rohan P grabbing a hattrick! Ben W, Jeff L and Will M were the other scorers, as the Bs ran out comfortable victors.

The U14A Rugby team have had a tough season so far, but came out with a fantastic 25-20 win over Seaford College (sorry, Mr T!). Leo L was on particularly good form as he claimed three super tries, with Thomas D and Will S also claiming one each in a strong performance. The U14Bs played well, but couldn’t quite match the result of the As as they went down 35-10. Nonetheless, much was learned and they are keen to improve in their next match.

For the chance to earn another merit… This week’s question is a Chemistry one!