What a half term it has been! It’s hard to believe that the First Years have only been with us for six weeks; they have settled in brilliantly, and they have certainly managed to pack a lot into a short time! The boys have had a busy final week, with all classes heading out over the week for a Geography trip walking over the South Downs, and also taking part in a theatrical workshop on the Norman Conquests. We wish the boys all the best over half term; we have been so impressed by their enthusiasm, cheerfulness and kindness. Next half term promises to be just as busy and fun (with the added bonus of Christmas activities!), so the boys should take this time to relax and recharge. See you soon, boys!

GEOGRAPHY TRIP TO THE SOUTH DOWNS

This week, the First Years headed off for a busy day of walking, map skills and topography on the South Downs Way, near Brighton. Alex S (1H) and Adam S (1H) report on what they got up to:

The trip to the South Downs National Park was breathtaking and interesting. From start to finish, everything was amazing. We started climbing a massive hill which was tiring to complete. The view was astonishing when we looked behind us every once in a while and the animals kept us company eating the grass. The rocky ground made it tough for our shoes to grip but after a few minutes we reached the top. As soon as we got there everything at the bottom felt very small.

We were told about this park and how new it was. Luckily, the weather was great and we got the most clear views and dry paths to walk on. The teachers talked to us and explained about chalk mines and the entertainment like paragliding and quad bike tracks. We were walking along the hills and trying to locate ourselves on a map and tell how high each hill is. During this, we realised that we were 217 meters high. We thought about how high we were and then we thought about how high mountains are compared to this. We were amazed. So far, the trip was enjoyable and fun!

In our opinion, we thought that the Devils Dyke was the most interesting part of the trip. It was a valley where there were two very steep hills which formed a ‘V’ shape in the middle. This was made out of ice glaciers with flints in them. The glaciers eventually melted and the flint put the chalk in its place. The valley was very beautiful and as we went down it everything around us felt huge. Eventually, it extended into other small roads and led into a forest which brought us to the end of our trip.

As well as an exciting trip to the South Downs with our Geography Department, First Year pupils also took part in an immersive History workshop and learnt all about life in a Medieval household.  From plague medicine to carpenty, take a look at some of the things they got up to:

The First Year adventure to Avon Tyrrell may seem like a long time ago, after an action-packed first half term at Hampton, so here’s a look back at some of the highlights:

On Friday, several teams set off for a block fixture with Sutton Grammar School. Josh M-J (1J) reports on the U12Ds 2-1 victory:

The Hampton U12Ds started the match at 2pm against Sutton Grammar School’s U12Bs, for what turned out to be a challenging yet rewarding game. After kick off, the Hamptonians quickly got under way, scoring a goal from a lovely cross put in from a header by Salahuddin S. Within 10 minutes of Hampton’s goal, Sutton Grammar School scored from a stunning long shot, which fizzed into the goal off the post. Half time came and the Hamptonians were hungry for a goal to give them a lead and in the dying minutes of the game it came! A shot from Salahuddin S was saved and rebounded to Oscar M-C who clinically finished from close range.

Well played boys, it sounds like a great match!

This week, Krishang T (1B) tells us what the boys get up to in Lego Robotics Club:

Lego robotics is a fun club to join. It is about programming Lego robots to do things without using a remote controller. A few examples would be using an ultrasonic sensor to detect how far away a wall is and then it would stop or reverse before it hit the wall. Another example would be to use a colour sensor for the robot to follow some coloured tape.

All of this leads up to a Lego robot war!!! Now that we know the basics we can start preparing for it. Lego Robotics is on Tuesday lunchtime in IT1 and anyone is welcome to join.

I was thrilled to play my first chess match as a Hamptonian. On 1 October, the Hampton Chess Team went to RGS Guildford to play in the Surrey League. Even though I just joined the school, the seniors in the Chess team were very welcoming and encouraging. We prepared well in school and were split into three teams. On the way, I got an opportunity to know Mr Knibbs more and found that he is very jovial. I enjoyed talking to him. When we arrived there, we were given Mr McBay’s useful advice for us: “Just Win”. We entered the school and were shown to our school base for the event.

We then went to the hall where the matches were to be held and then we sat down for our first match. I played in the megafinal and gigafinal of the UK Delancey Chess Challenge earlier this year but since it was online due to COVID, it was more exciting to play a real-life tournament with so many kids around from different schools. It was interesting to see, even though the room was full of people, there was pin drop silence during the matches.

First, I played the invigilator before the match begun and we drew. After that, I played two matches: one against King Edward’s VI school and another versus Gordon’s School. I won both my matches. We had a snack in between the matches and went to the base where we had a fun time within the team.  We also collectively analysed our chess moves.

When I joined the school, I remember in Mr Knibbs’ speech it was mentioned that “When one of us wins, all of us wins.” I witnessed this happening in my first chess tournament as a Hamptonian.

We waited for everyone to finish their matches. There was a moment of tension when one of our team members went missing and we found out that he was picked up from RGS directly. We set off in the bus in the pitch black night to come back to school. We arrived back at Hampton at 9:00. Even though it was a long day, I enjoyed every moment of it and look forward to representing my school in many more events. 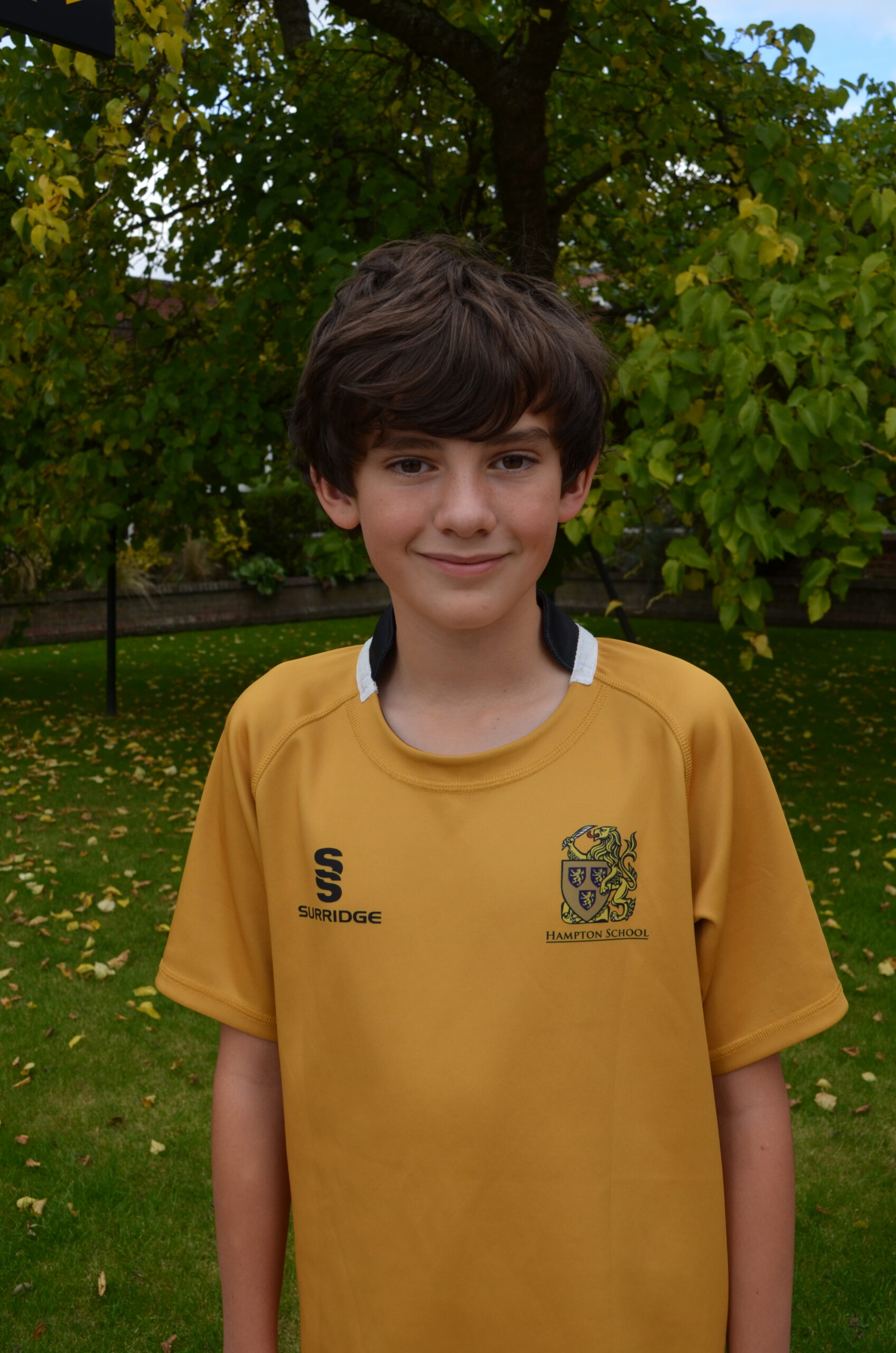 This week’s Tutee of the Week is Sam C (1W). Sam’s kindness to others and helpful attitude have made a real impression with his teachers. Well done, Sam!

The English department are very excited to be launching ‘The Writers’ Room’, which will be opening its doors to all those interested in creative writing after half term.

In the first week back, all pupils are invited to attend a creative writing taster session in Room 53, in the English Department.

Following this, Hamptonians can sign up to a series of four-week courses, which will be held over lunchtimes throughout the year.

First Years should come along on Wednesday 3 November at 12.35 – 1.10pm (please note that the taster session time is slightly different to the poster)

The first four-week creative writing coursewill start the week after the taster session. All are very welcome to come along!

Any questions, please see Mrs McLusky in the English Office.

We had an impressive 55 entries for this week’s First Year 5 Questions. 1L are our runaway champions once again with an amazing 17 entries! Well done to everyone who entered!

HAVE A GREAT Half term break!