Hampton History, Summer Achievements and Quiz of the Week!

Hampton History, Summer Achievements and Quiz of the Week!

It has been a good couple of weeks since the start of term, and you have all certainly settled back into the swing of things! It is fantastic to see how many of you have been filling your lunchtimes with the amazing array of clubs and activities on offer, and I am sure it will not be long before we are celebrating in our weekly blogs those of you that have collected your first set of 10 merits!

Hampton School has a long and fascinating history; one which lots of you are exploring further at The History, Archives and Archaeology Club (HAAC). Thank you to Kanishk (2W) who will be sharing with us their discoveries over the coming weeks!

For the next few weeks, we will be looking into Hampton history, one benefactor at a time, from the very founding of the School to the modern day, we will uncover their lives and their contributions to our School as we know it today.

This week, we will start with the very beginning. The first benefactor of the School was Robert Hammond. Robert Hammond was a local brewer and successful businessman working and living in the town of Hampton upon Thames. On the 7 March 1557, he started paying rent to St Mary’s Church for the founding of a school. Here is an extract of the text, modified to be legible. “With the rent, the vicar, churchwardens and parishioners shall cause a free school to be built… forever more to ward away witches/evil spirits. That the children there shall be brought up to pray for my soul and all Christian souls.” The translation is rusty but should give you an understanding of the situation. It also includes what will happen after his death, but it would take too long to explain and isn’t of major significance to the story.

Despite all the subjects taught today, the school mainly taught basic literacy and possibly gave enough religious instruction for pupils to help serve at mass. Either way, the school lasted at most 16 years before the property fell back into the hands of the Hammond family. This is probably because the catholic basis on which the school thrived had become increasingly unfeasible during the reign of Queen Elizabeth I. Running out of money, the land and the school was sold, being bought in 1612 by Nicholas Pigeon, the next benefactor in our story.

This week, Hampton gave us a great opportunity for us to practise and change our technique in cricket. All you had to do is sign up and attend the session. With Mr Harrison, we are allowed to use very good quality equipment. As we are only in groups of three, it’s a very focused session. They used a machine, which chucked tennis balls at you and you played them how you want. My favourite part was that using technology we were able to assess our technique and work out what we need to improve on. The second time, using our new-found knowledge, we did the same exercise and I truly felt a difference in the way I played. This was a great opportunity and I’m looking forward for many more like this one. By Aarush (2J)

This Tuesday I went to the first MINT training session in the North gym that we had to sign up for last year. This week we learnt about the proper way to lift weights and the right back posture. We also did different fitness exercises and my favourite was where we had a game of who could do the most burpees. It was fun and also helpful in the end. The lunch provided was nice as well! By Akshat (2J)

After a long wait, Football was back for the new 2021-22 season at Hampton. Last week, we saw the first fixtures of the year being played, with the U13s block fixture being against Berkhamsted School. The A team did well to beat a very tough opponent in an impressive 6-3 victory with Rio Felonov-Tzanev scoring 4 goals as we got off to the perfect start for the year. Impressive results from other matches were also reported, with the B, C and D team commencing their season in fine fashion, all picking up wins. The E team were unfortunate to lose but all in all it was a very promising beginning to the 2021-22 campaign with the early signs boding well for the new season for the Second Year. By Alex (2F)

Hampton’s U13B squad travelled to Selhurst Arena and played against the Bishop Thomas Grant School on the 21 September. The Cup fixture ended in a dominant 11-0 win for Hampton. Goals were scored by Freddie T, Thomas M, Josh G, Nick H, and Omer O. Bishop Thomas Grant School hosted a great match and the U13B team played the Hampton way and brought the first round of the Cup home. By Omer (2F)

Great to see three of our Second Years trying their hand at sports reporting and seeing their match reports published on the Hampton Sports Chronicle website. Well done to Alex W (2F), Neel M (2F) and Arun C (2F)! Take a read of their reports below:

Well done everyone and best of luck in your next matches!

Design and Engineering Club (or Tech Club) is great for anyone who liked DT anyway, and wishes to enrich their knowledge, or just anyone who is interested! It’s open for First, Second and Third Years and covers a variety of topics such as CAD/CAM (computer aided design/manufacture), 3D printing, sewing and concrete and pewter casting. Ms Woodward runs the club. She is open to any suggestions for future projects and will be running the club at 1:10pm on Monday in the control lab. For the past few weeks, we have been designing stickers for a bike helmet on TechSoft. It took a while to get my design right, but I am really happy with it now, and I know that a lot of other people were too. I would really recommend the club for anyone who would like to come. By Ali (2W) 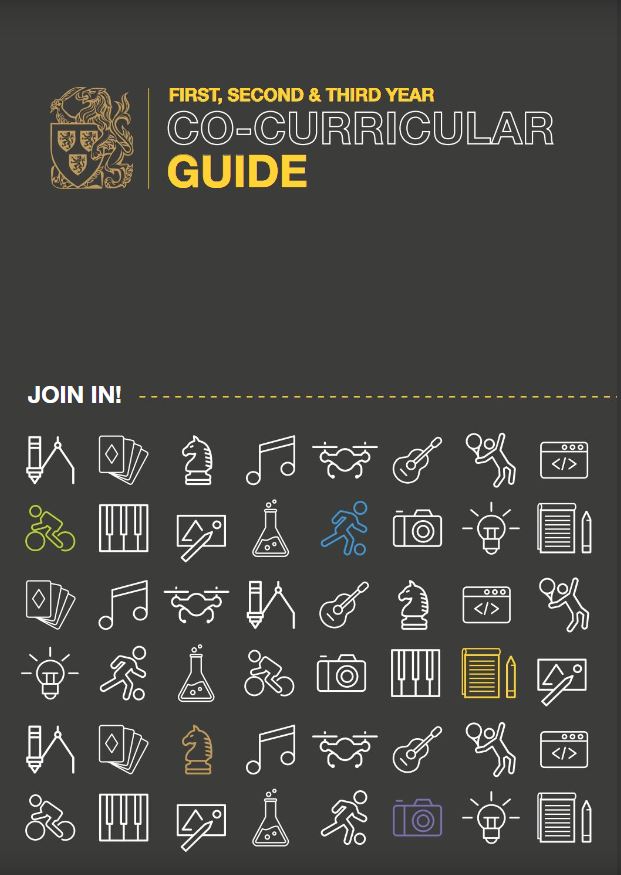 Last year we had a reading project that made up 20% of our final grade, there were five marks maximum for each task. This year much like last year we will have a reading project that will consist of four written tasks. The book categories are: mystery, humour, science fiction and literature from other cultures. The written tasks are an author interview, a film poster, a short story and a letter to the publisher. The project will be due at the end of the spring term and you will submit it in a portfolio. Good luck on the project! By Aditya (2P)

Firstly, a big well done to Sebastian (2B), who received the Rising Star award at the recent awards ceremony for MTV Youth Club in Hampton. Sebastian successfully completed the young leader course during lockdown; what a fantastic achievement! 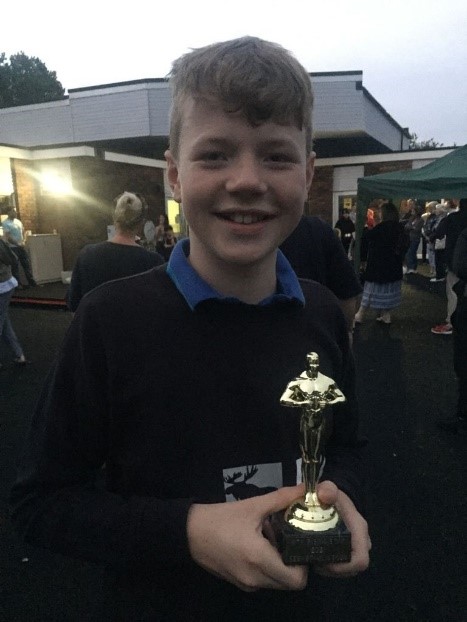 Congratulations too, to Aadi (2L) for his impressive cricket achievements over the summer. At the annual cricket ceremony at Wycombe House Cricket Club, he was awarded the Best Batsman of the year in the U13 age group!! He also won medals from the U13 and U14 Durham County Tour, and the Barnes cricket tournament.  Aadi is evidently a talented player and we wish him luck in his future tournaments. 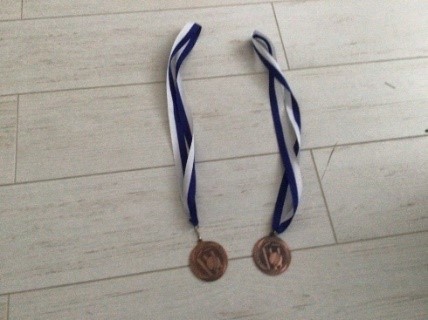 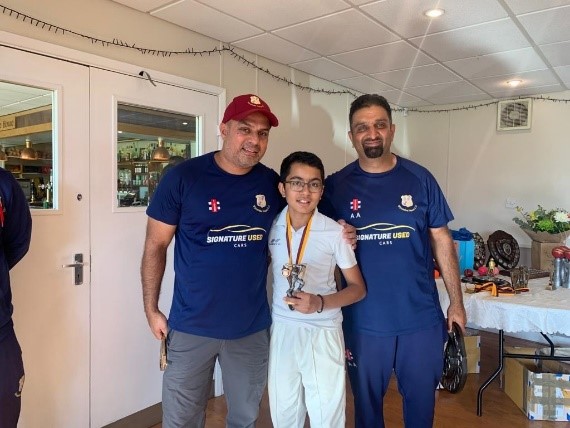 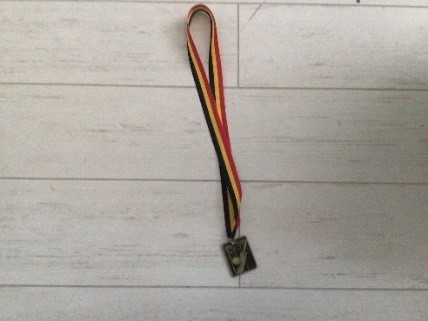 Welcome to the Weekly Questions! Every week, we’ll post 10 general knowledge questions, and, if you have a go, you can be awarded a merit if you send your answers to Miss Kugele (r.kugele@hamptonschool.org.uk)! This week’s questions have been set by Ben and Joshua (2J)

Here are the first questions of this year: