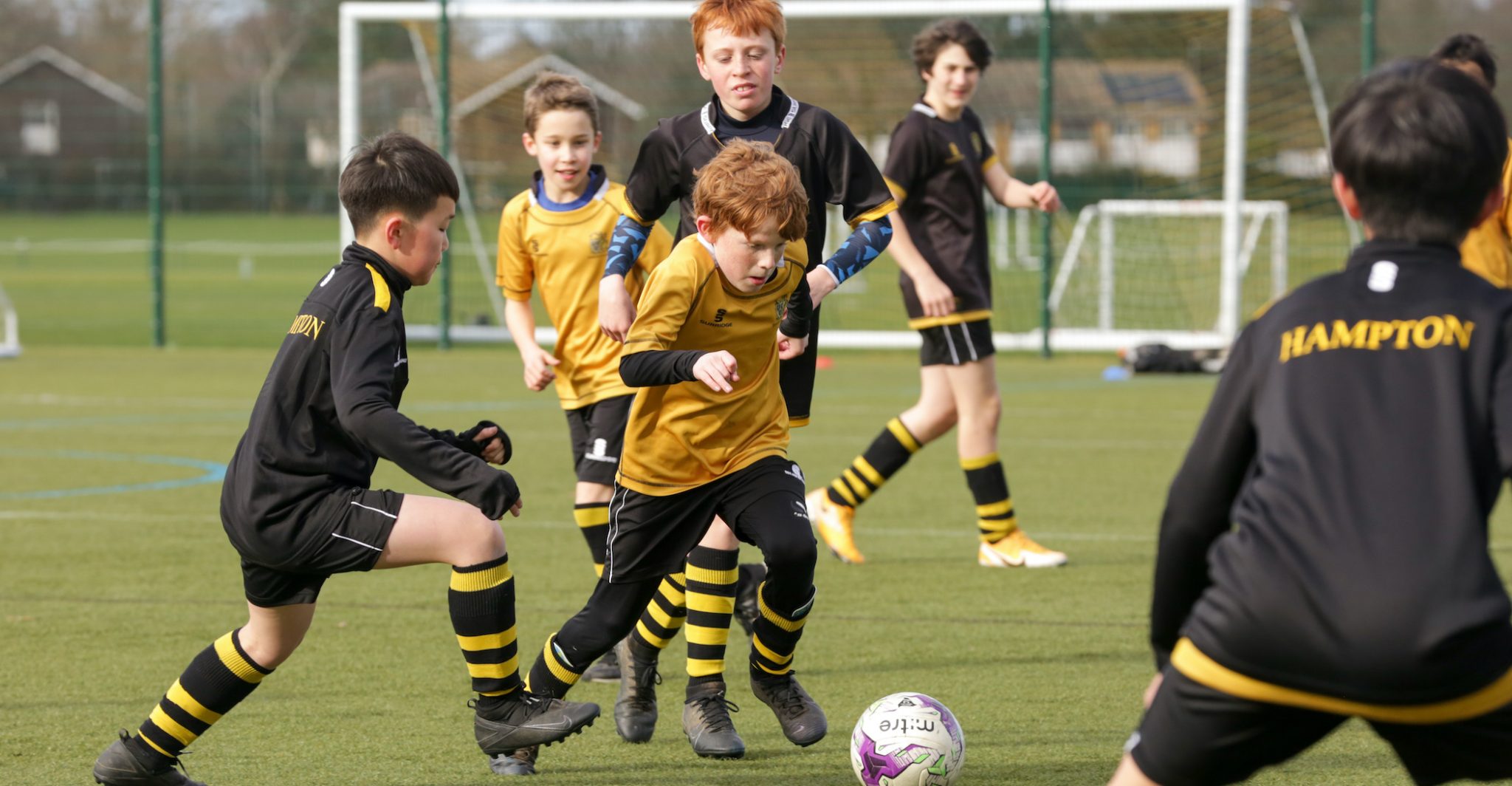 It has been a shorter week than normal for the First Years, with the Bank Holiday, but no less action-packed for that! The boys have started preparations for their summer assessments in a few weeks, with a second session on revision technique on Thursday, and they have already made good headway with revision, with some exciting mind-maps and brain frames on everything from cell types to the Peasants’ Revolt! It is natural for the boys to want to thoroughly revise for their assessments; it is equally important for them to get sufficient food, rest and recreation (preferably outside) for them to recharge and be at their best.

Last week on Saturday, the mighty Hampton A and B teams played against Tiffin School and I was one of the players in the B team so this is my recount of what happened!

Before the match, all of the boys were getting ready for the match and soon came the coin flip. It was a tense moment but Hampton won in the end and decided to field first. The balling and teamwork of all the boys was incredible, opening the first two balls with two wickets. The B team kept this up so well that Tiffin only got 50 runs!

Now, it was time for the B team to bat… They did a great job to bat hitting many balls for 4 and the Hampton B team won! The A team did equally as well too!

A coach is someone who can give correction without resentment.

This week I interviewed Mr Green, my U12A cricket coach and an English teacher at Hampton School.

What was your favourite sport as a child?

I was more into football but cricket became more of a thing for me as I grew older.

How is Hampton different from back in the day to now?

The School is bigger, there are more facilities but the atmosphere is still similar. I enjoyed myself very much when I was here. I loved Hampton particularly because it was very sporty.

What would be a bit of wisdom you would pass to your students?

I would say get into everything at Hampton but particularly the things you’re interested in. As I look back on my school days, I definitely think I could’ve done more here at Hampton.

What were your three favourite subjects as a child?

My three favourite subjects were English, History and Geography.

What degree do you hold and where did you get it from?

I did English Literature at Southampton University.

What was one highlight from your Hampton sporting life?

I captained the School First XI for football and cricket. I scored back to back hundreds in Sixth Form. That would probably be one of my highlights of my sporting life.

When growing up, what was your childhood dream?

Probably to become a footballer. My dream would have been to play for Liverpool. I also supported Woking FC, but I’m not sure I would have described the idea of playing for them as a dream!

How do you make sure that every child you teach feels included?

A lot of that is about your manner and making sure you’re doing your best to ask people questions even if they don’t have their hands up. To make them feel engaged.

What was your fitness routine when you were younger?

I didn’t have a routine because fitness was less developed back then. The amount of sport I played probably got me quite fit.

What was your diet routine when you were younger?

I didn’t have a fixed routine. When I was younger I particularly didn’t like fruit or vegetables; I certainly didn’t actively think about diet as much as people do now.

Mrs Moore in our Art Department is setting up a new lunchtime LEGO Club which will start in September 2021 and she is appealing for donations of LEGO bricks, boards, pieces or mini-figures. So, check your cupboards, under your beds, on top of your shelves for anything that has been forgotten about and the Art Department will happily give it a new lease of life at LEGO Club. More information will be available at the start of the new academic year.

A few questions for you to have a go at yourself or challenge people at home if they know the answer. Merits are awarded for everyone who has a go! Just click on the link below and enter your answers and points f1or the Inter-Form Competition will be awarded to the form with the most entries every week.

We had an impressive 27 entries for the 5 questions last week, 1J are in the lead with seven submissions! Well done to the following boys (make sure to add your merits in the back of your homework diaries and to collect your merit certificates when you reach 10!):