The Second Year have enjoyed a busy week of sport, Form Charity events, computing competitions and a Russian Taster Course! Please do keep taking part in all of these fantastic opportunities and make sure that you are going along to some different clubs and activities at lunchtimes.

Well done to these boys on collecting their first certificate of the year!

This week, thank you to Zaid (2P) for his interview with Mrs Kirby 2P’s Form Tutor!

Why did you want to be an Art teacher?

To be honest I didn’t have it as a plan originally – my parents advised me against it. I thought I would try a PGCE in Art anyway and went to Liverpool to study. I loved it – so here I am…. quite a few years later! 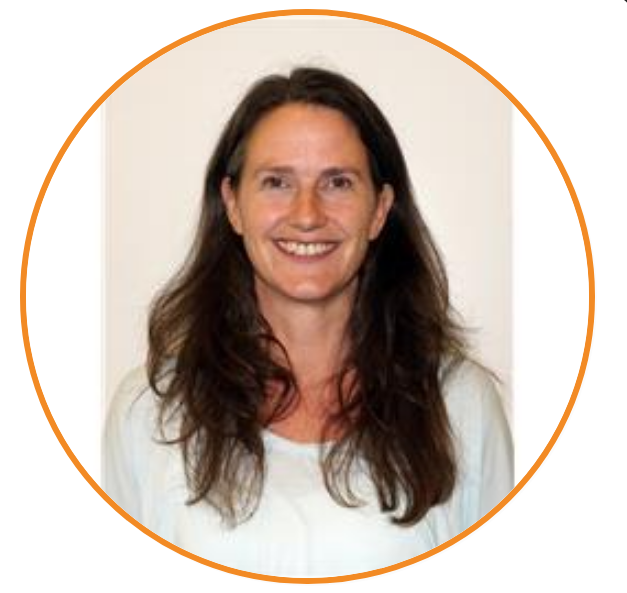 Why did you join Hampton to teach?

I had taken a career break to be at home with my children for five years. It was a lovely time but I really missed teaching Art. I knew Hampton had a great reputation, and I was friends with Mrs Cooper (Chemistry teacher who left last year) and asked her about the Art department – she said some very lovely things so I applied for a job here.

Did you have interest in Art when you were at school?

Oh yes! It has always been my favourite subject – I liked Maths and Physics too.

Who is your favourite artist?

Hard to say – I like a wide range of artists so it is hard to pin it down to one. I have always been drawn to Patrick Herons use of colour but at the moment I have been quite inspired in my teaching by Dan Baldwin’s silkscreen prints of birds that I saw at Warton Hall printmaking studios last year.

What is your favourite type of art to make?

Anything and everything! I like printmaking in particular – Mr Blighton (who is a Master Printmaker and also our very talented Art technician) helped me develop my lithography skills recently and I would like to make some more when I have time.

At School we are really careful and have been able to keep our projects fully practical thankfully. Visualisers have been very useful in demonstrating techniques to classes and keeping distance. One thing that we can’t do at the moment is gallery visits, I think that all the Art teachers are looking forward to the time when we can run some visits again.

Have you ever been demonstrating something in an art lesson and it all goes wrong?

Ha ha- yes, I expect so…. fire drills can sometimes interrupt them. I did faint once in the middle of a lesson once a long time ago….

Thank you to Ewan (2J) for updating us on 2J’s Form Charity Event – sounds like a great success well done boys!!

Our class, 2J, decide that for our form charity event, we would all participate in a bike ride. The goal was, that in total, we would ride 100 kilometres, which would mean that we would each ride about four miles each. We decided that we would all do the ride on the weekend. However, after counting up the total distance that we all rode, it added up to 150 miles (which is just over 250 km). In total we raised a lot of money for charity, and the bike ride itself was very fun.

On Wednesday many Second years attended a Russian Taster Course to find out more about the culture and the language. It definitely did not disappoint.

First, we were taught about the Russian language and we learnt the words Россия pronounced ‘Rossiya’ and ‘Priviet’ meaning ‘Hi’!

After this, we explored Russia’s architectural beauties such as St Basils Cathedral. It was interesting to see the differences in architecture between the rest of Europe and Russia.

We then learnt about their Traditional foods such as Blini (a buckwheat pancake) and some stunning, mind-boggling facts about Russia like how Oymyakon recorded a temperature of -67.7 C!

Overall, we all enjoyed the Taster Course, and we are sure to learn a lot in the future.

Take a look at some of things the boys learnt in their first session:

This is our first year in participating in the Bebras challenge. My class liked it very much and I am sure others will like it as well. It was a 40-minute challenge with different levels of difficulty—a good mix of low and high level of thinking and logic. This spurred a friendly competition and we can’t wait to see the results which will be released later this month.

Here are the answers to last week’s computing questions!

Answer: C. In the other designs there is a tower that, if broken, will mean a signal cannot be sent between some pair of towers.

During half term, I took the opportunity to visit Hampton Court Palace. The Tudor story began in the regal Great Hall. It had large stained-glass windows and walls lined with impressive Tudor tapestries. The Great Hall was where many residents of the palace would have dined and also a place for entertainment such as plays, dances and masques. The next stop on the tour was the Royal Apartments, where King Henry VIII (1491-1547) inhabited after taking over the palace from Cardinal Wolsey. Throughout the palace are many reminders of Henry VIIIs six wives including family coats of arms, portraits and even ghosts! There are tales that at least two of Henry’s wives haunt the palace, Jane Seymour (his third wife) who died giving birth in 1537 and Catherine Howard (his fifth wife) who was executed in 1542. My favourite part of the palace was the Kitchens. They were lined with many pots, pans and Tudor style ovens. Fires were burning and sound recordings were playing, reminding me of what the busy kitchens would have been like hundreds of years ago. Visiting the palace proved to be a fantastic day out and I would recommend it to anybody, especially those in Second Year studying the Tudors.

The Second Year A’s, B’s and C’s social league started this Monday with the three squads being divided into four separate teams, with the league chosen being La Liga. The four different teams were Barcelona, Real Madrid, Villarreal and Atlético Madrid.  In the first round of these 10 fixtures, Real Madrid, captained by Dexter Boyle, beat Barcelona, captained by Ollie Swetman, 4-2, with Real Madrid’s goals coming from Dexter Boyle and Daniel Mills, who both scored two, and Barcelona’s goals coming from Noel Yonas and Ollie Swetman, in a tight and entertaining game. The other game was Villarreal vs Atlético Madrid, and it was Villarreal who triumphed 3-2, in another exciting game, which produced a last-minute winner for Villarreal in a box-to-box attack. It was a very positive start to this competition that will occur over the upcoming weeks.

In our Monday’s games session, we have begun a “social league” in the D, E, F and G team. This entails separating into several teams with varying skill levels and playing each other. Our teams were named after the Italian league. I was put in the “Roma” team. Although we tried very hard (with me in goal!), we unfortunately lost 5-3. Two of our goals were scored by Oscar Liu, and the other by Noah. Hopefully we can train hard to recover next week, and succeed in the upcoming games.

The catering team are keen to receive creative and eye-catching posters for their ‘Waffle Wednesday’ competition.

The poster must be in Landscape format and include the following information to promote the delicious Belgium waffles available once a week at breakfast: 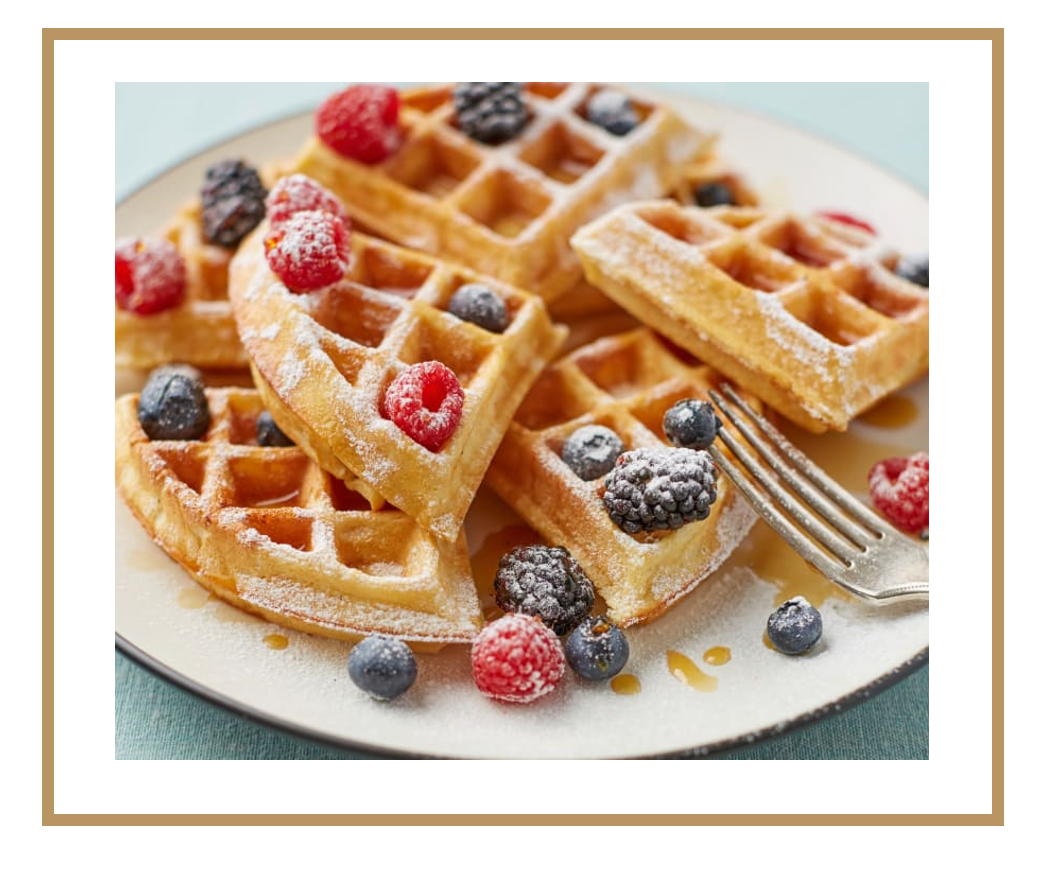 Alongside the information, you can include any enticing images e.g. drawings, paintings, photographs or clipart to promote the waffles.

Save your poster as a JPEG file or in Word or PowerPoint so it can be converted into an image file; don’t forget to create your poster in Landscape format! Put your name and age on the filename.

The best poster will be displayed on the digital signage around School and you will win £10 in breakfast vouchers.

The deadline is Monday 23 November at 9am. Email your ‘Waffle Wednesday’ entries to: kitchen@hamptonschool.org.uk

There is still an opportunity for all Second Year boys to submit a piece of work reflecting on the themes of diversity, equality and inclusion in our society. With entries closing on Monday 16 November, Dr Hendry and Mr Nicholson are looking for analytical essays, creative prose responses, poems, pieces of art work or music, playscripts, or indeed anything creative at all in response to one of the following stimulus statements:

Entries should be submitted to s.hendry@hamptonschool.org.uk by the date mentioned above. The entries will be judged by a panel of teachers drawn from a variety of departments across the School.

A big thank you to all our excellent Blog Contributors this week!