With Halloween and Bonfire Night already done and dusted, major political twists and turns aplenty around the globe to reflect on, and the prospect of re-acquainting ourselves with virtual family get-togethers over Zoom in the coming weeks, it feels like we’ve crammed an awful lot into the first week back after half term! The US election in particular has been a hot topic with the boys in the corridors, and the ongoing debate over which candidate has managed to secure the keys to the White House for the next four years continues to rage. Personally, I’ve been more concerned by whether a diamond can solve the dilemma in Manchester United’s midfield (Ed – do you like Turkish delight?). Grump…

Welcome back to everyone after a well deserved half term break. In particular, we would like to welcome Mr Haynes to the Year Group as a new Form Tutor for 3C. He will join Miss Vasa whilst Ms Bradbury is on maternity leave.

We are very pleased that the School is able to continue to offer a strong co-curricular programme and encourage Third Year boys to get involved (remember those aims at the start of the year) in as much as they can. Full details are outlined below.

We will be visiting Form Rooms on Monday morning during period 3 (PSHE) to sign off any merits that the boys have collected so far this term. Certificates will then be posted home in due course.

Lastly, a tip for the boys to work especially hard over the next couple of weeks to impress their teachers with effort and application in their classrooms and with homework. Teachers will be setting assessments and compiling reports over the next fortnight, so this is a good time of year for boys to be on their A game!

Wishing everyone well for the half term ahead.

Below is a list of the co-curricular activities on offer to Third Year Hamptonians during this half term. Things may change as the term progresses due to circumstances beyond our control (I think we all know what I’m talking about…), but we hope to be able to add more activities to the list in due course. Boys should watch the digital noticeboards and listen for Form Tutors announcements for additions or amendments. In the meantime, why not pick something to get your teeth into and give it a go??

It’s been great to hear about everything that the boys have been up to over half term! Caleb L seemed to have a great time on holiday in Athens, crewing a catamaran! Stanley K and Ali H both spent some time building computers, and Gabriel M made some Pixel Art for his Arts Award computer game.

Natty T had a scary experience when he was caught up in the Aegean earthquake over half term. He said:

A magnitude 7.1 earthquake hit off the coast of Samos, a Greek island and caused large aftershocks felt around the Mediterranean.

I was on holiday in Kos, an island south of Samos.

We were inside our room when we felt a small tremor, which got progressively larger. I was confused as to what it was and it was only when I heard water sloshing around in pools outside that I realised it was an earthquake. I went outside and saw the wall of the room and hotel shaking and the pool overflowing its sides.

Overall a scary but interesting experience!

A notice from our Director of Music, Mr Roland:

I am pleased to announce that we are doing three concerts over the next three weeks. These concerts are being pre-recorded (with huge support from Richard Eliot and Matt Thompson) and then streamed a week later. We have over 100 boys participating across the three events and we are so excited to be able to offer them the opportunity to perform in the Hammond once again!

Details of the events are as follows:

A link with the video for each concert will be sent out nearer the time. Thank you all so much for your support with this and I hope you enjoy the performances!

Third Year boys have been practicing their problem-solving skills in Computer Science this week in preparation for taking part in the Bebras Challenge next week. About three million young Computer Scientists take part in this competition in over 50 countries each year and many of our boys will be hoping to reach the UK finals at Oxford University.

Here are some questions from a previous year to see how you would get on!

The fishermen are given barrels filled with fish to transport. On each barrel is a number that shows how heavy the barrel is in kilograms. You must make sure that neither boat is overloaded.

Which barrels should be loaded onto the two boats to ensure that the maximum possible load of fish is carried?

On a small green island a network of mobile phone towers is setup. Every tower covers a circular area of the island.

The operators want to make the network of towers storm proof. This means that even if one tower breaks down all other towers must still be connected, either directly or indirectly.

Which of the following designs would create a storm proof network on the island?

Answer: C. In the other designs there is a tower that, if broken, will mean a signal cannot be sent between some pair of towers.

When beavers gnaw on trees they enjoy placing the pieces in a special way.

The beavers start with a single log. In stage one a big log is gnawed into smaller logs. In the next stage each individual log is again gnawed into even smaller logs but always keeping to the starting pattern. This keeps repeating. 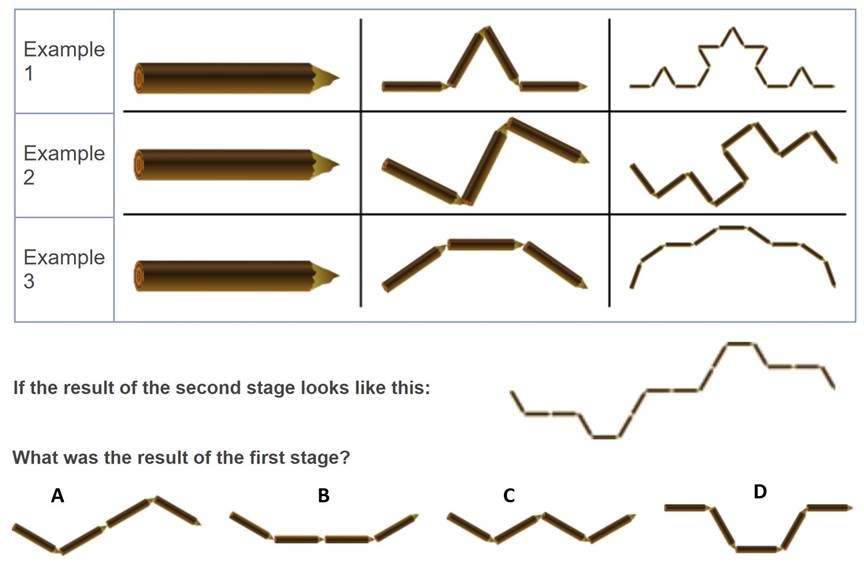 The J14 rowers enjoyed some half term training in the first week of the break. Mr Rowett reports on their progress below:

The rowers are showing great improvements following on from their half term training sessions. Off the water, the lunch time body circuits are building strength, endurance and flexibility. On the river, the rowing skills are developing, with the boats getting faster and more efficient each time we row. Even the dark evenings cannot stop our progress!

Take a look at some of the fantastic photos of our Third Year rowers on the water, enjoying the glorious sunsets:

We have a Maths challenge for you this week, set by our Mathematics guru himself, Mr Griller!

Submit your answers below for the chance to gain a merit (parents are welcome to have a go as well though!!) 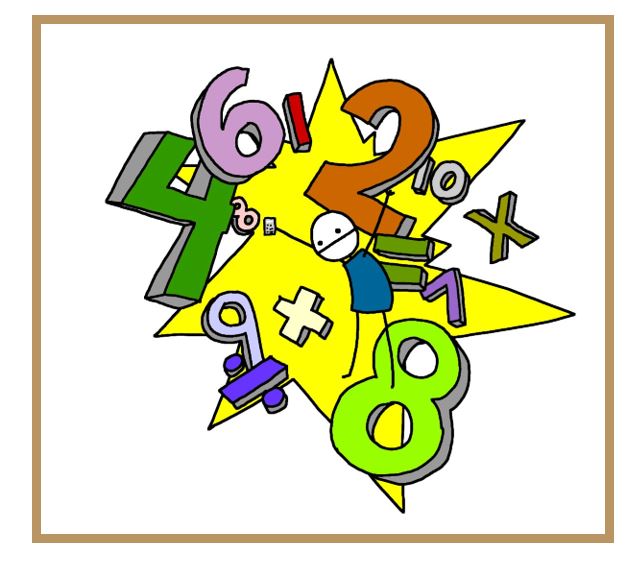