Well done on completing another busy week! Lots of you have been trying out different clubs which is fantastic, and our Musicians have enjoyed performing again in the Strings Concert!

This week, thank you to Avi (2H) for his interview with Mr Richards one half of 2H’s Form Tutor team!

Why did you become a DT teacher?

Because it’s the best job in the world.

What is the best or most fun project you have worked on in your opinion? 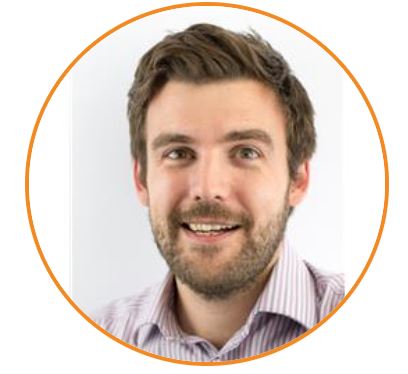 Has there ever been an accident when you were in the DT workshop?

Not really, except for minor burns with soldering irons.

What are your hobbies outside of school?

Dog walking, gardening (I have an allotment), renovating a house and brewing beer.

Do you prefer working in the workshop or the computer room?

Workshop 100% – as is the case with most of the other DT teachers!

As a child, who did you want to be when you grew up?

Neil Armstrong – the first astronaut to walk on the Moon.

What is your favourite K-pop song?

I used to live in South Korea but am not a huge fan of K-pop. The first song that comes to mind is Gangnam Style, although I’m not sure it really counts!

The Music Department have put on three concerts over the past three weeks, that have been pre-recorded before being broadcast! I am sure that our musicians have been very excited to perform once again in The Hammond Theatre. This week, a number of Second Years performed at the Strings Concert, which will be broadcast on the 26 November.

Thank you to both Elliot (2H) and Trivikram (2P) for writing the following reports!

Tuesday night saw an extravaganza of Strings in the Hammond Theatre. Home to many fabulous concerts last year, it was fantastic to be back. Second Year pupils were thrilled to be taking part and contributed to the overall high standard of the evening. Boys played a variety of string instruments, from the violin to the guitar to the double bass. I, myself, performed a piece by Brian Kelly called Ariel, on the Double Bass. Kelly’s work describes the character Ariel from the play ‘The Tempest’ by William Shakespeare. Ariel’s character is reflected in the lively tempo, syncopated rhythms and cheeky style of the composition. Oliver Hudson preformed Fantasie Telemann. A work in Eb major which requires a lyrical tone. Jian Graffe played Broadway by Minksy on the cello whilst there was another appearance of a double bass, this time played by Oli Lenox-Smith. His was a jazzy piece called Room 42 by Gavin Bryars. Offering a contrast to the classical pieces that we had heard. Trivikram Prashanth finished off the Second Year contribution to the concert with his performance of Hol Haltal am ejjel cinemadagar on the violin. A traditional Hungarian tune, dance like and full of life. Well done to all our Second Year performers. By Elliot (2H)

On Tuesday the 17 November, a unique string concert happened in the Hammond. No audience, cameras and microphones replacing the usual audience! There was an array of pieces played by skilled musicians of different ages, ranging from First Year to Sixth Form. All sorts of string instruments were played in the concert, ranging from the guitar to the double bass. I contributed by playing ‘Hol haltal at ejjel cinegamadar?’ (yes, quite a mouthful, but simply means ‘Where did you sleep last night little bird?) Contemplating my performance, I walked halfway off the stage the wrong way before being reminded to go the other way! However, this was an unknown area to me, and not knowing where the exit was, I was about to start panicking. However, the friendly voice of Mr Roland asked me “Trivi, are you lost?”, and seeing I was, let me know where the exit was. Overall, it was an excellent night. By Trivikram (2P)

A huge well done to the Second-Year who have raised an AMAZING £611.33 as a result of their six Form Charity events so far this term, and I hear that 2P are planning another one before Christmas! This is completely brilliant – well done to everyone for taking part, and to the Form Charity Reps for organising such fantastic events!

Well done to Falak (2B) who has been inspired to create his own video on energy! Take a look and learn what energy is!

Hugo (2H) tells us more about what he’s been learning in the Russian taster sessions:

In the Russian taster course this week, we learned how to pronounce and read the alphabet. We also learned how to say and write our names. The Russian alphabet is a Cyrillic alphabet borrowed from the Greeks. Some letters look and are pronounced the same such as A, K, M, O and T. Other letters are pronounced the same as English letters but look different, the most complicated letters are the ones which don’t look similar and which aren’t pronounced the same. It was interesting to learn our names as in Russian there is no letter J, this meant that people with the names James or Rajvir had a different symbol: Д. Here are some words that we learnt: Москва, привет, блины : Moscow, hello and pancakes.

I’m really enjoying the second-year Russian taster course and hope to be able to do it again.

A couple of weeks ago, I attended Maths Club. We were put in teams and worked on problems from the Regional Team Maths Olympiad. It was really fun to do the problems and discuss with our team our answers and how we got to them. There were a few disagreements, but things like that always happens when you work in a team! Overall, I think that maths club was an excellent experience and I really enjoyed working on the difficult problems! I recommend this club to anyone who enjoys maths at a fun and competitive level!

This half term, I have started attending EDM club. In EDM, we can create music using GarageBand or Logic Pro. This week I have created a Drum and Bass track in EDM. Drum and bass utilises (as the name suggests) very strong drums and heavy sub-bass to create a deep, and extremely fast track.  My first track can be seen down below:

If you would like to try a new club and are not sure what is on offer, take a look at all the lunchtime activities taking place this half term!

Cricket Academy has started running on Saturdays and is already going strong. I’m sure when COVID cases were rising during the half term and the prospect of playing school sport was getting smaller each day, most sport fans were extremely disappointed. So, all cricket players were delighted when they received an email that Cricket Academy would start on Saturday. Playing an hour and a half of cricket to start the weekend is just amazing and the turnout for the last two

weeks it has been running just proves that. I hope that this club keeps on running and I can’t wait to come back this Saturday and see everybody there. A big thanks to all the staff who made the academy happen.

In the second round of fixtures in the ABC social league, FC Barcelona faced Atlético Madrid, and Villarreal faced Real Madrid, with the winner of the latter game going to the top of the social league table. In the first thrilling and end-to-end game, Atlético Madrid triumphed 6-4 over FC Barcelona, with Michael Di Soccio scoring a hat-trick to help inspire Atlético to victory. In the second game, which was set to have huge implications on the table, Villarreal led Real Madrid 1-0 at half time, however Real Madrid went 2-1 up in the second half, and held on to win, with Dexter Boyle scoring the crucial goal. After the first two rounds of fixtures, the table is as follows:

Going into the next and final round of fixtures, Real Madrid will face Atlético Madrid, with Atlético needing victory by any amount of goals to win, and Real needing a draw or victory. Meanwhile, Villarreal face Barcelona, where Barcelona are already out of contention, and Atlético need Villarreal to win and they need to win by more goals than Villarreal, to win the title. The odds are definitely in favour of Real Madrid, however Villarreal and Atlético Madrid both still have a fighting chance.

Congratulations to Ben Robinson (2B) for passing his Grade 3 music exam with a distinction!

A big well done to Rueben Bouwmeester-Reid (2J) who ran in The Middlesex Virtual Relay, finishing an impressive fifth in his age group!

Whether you play an instrument or love producing music on GarageBand or Logic Pro we would love to hear from you! Please send in a video or music file of your track or you playing your instrument, that is no longer than 2 minutes, along with your name, form, and your source of inspiration. Any standard and style of music is welcome!

Hampton School’s collections in support of Feltham Food Bank will begin again this week. Over the summer months,  over 70 crates of food and toiletries were donated to local families in need in Bedfont, Hanworth, Feltham and surrounding areas. Donations can be dropped off every day at the entrance pupils use on arrival at School in the mornings.

Our School Captain, Jamie, tells us how you can help:

The Food Bank would be particularly grateful for the following items:

A big thank you to all our excellent Blog Contributors this week!