In advance of Anti-Bullying week, this week our First Years have been looking at the importance of standing up for one another and being kind.

This week, is another special week (there has been a lot of special weeks and days lately!) This time, it is Anti-Bullying week. This Monday, part of our virtual assembly was based on Anti-Bullying and we learnt about bystanders and that we shouldn’t be one. We looked more into this in PSHE on Thursday but Hampton is a kind School and bullying doesn’t happen much so you shouldn’t worry much. 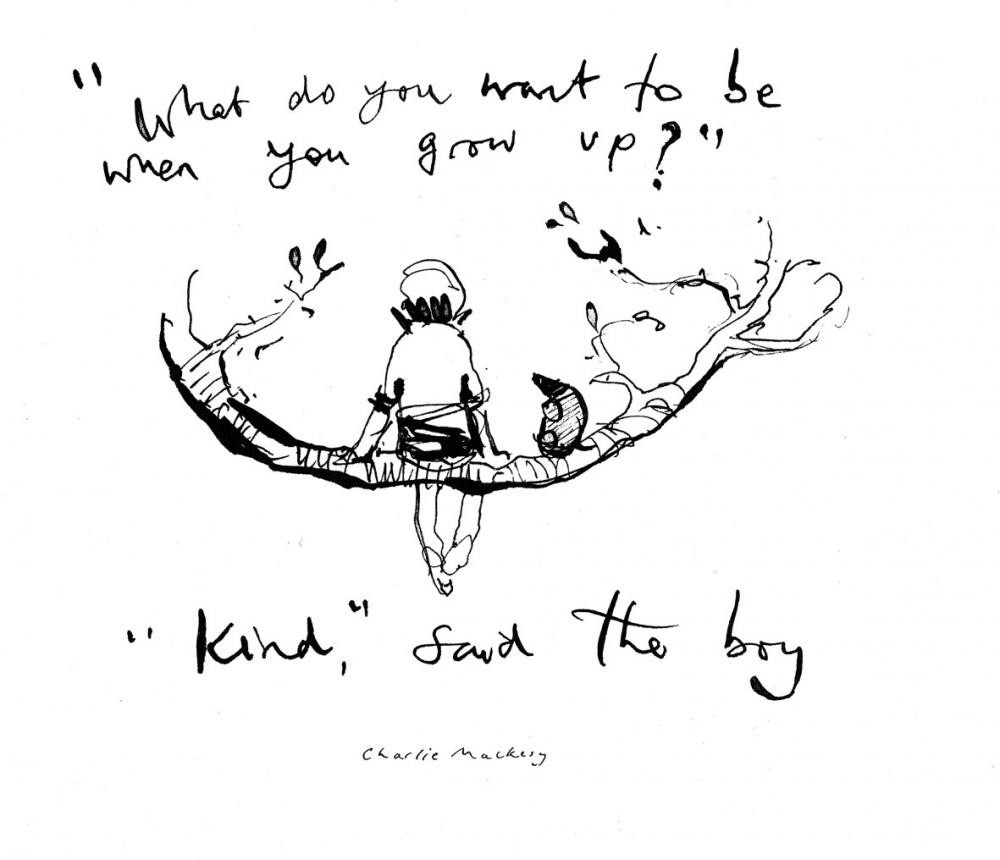 Related to our Anti-Bullying content and looking at communicating kindly with others Tanmay B (1W) tells us a little more about World Hello Day:

In this post, I explain what World Hello Day, is, and hopefully inspire some more people to join in.

In essence, all you need to do to participate in it, is to greet ten people by saying “hello” in a few different languages. If you are in the mindset that this is rather random and insignificant (understandably), then read on to learn the backstory of World Hello Day and why it matters.

First of all, World Hello Day is supposed to symbolise that conflicts (such as wars) should be resolved by communication, instead of violence. It was made in 1973, by Brian McCormack and his brother Michael. They made it in response to the Yom Kippur War, which is a whole topic in itself. In summary, an alliance of Arab States decided that they wanted to go to war with Israel, and it lasted until 1973. There are lots more technical details here, but I don’t want to diverge off topic too much. The two brothers sent, by themselves (when Google Translate didn’t exist!) 1,360 different letters to governments around the world, just to promote this – now that is dedication!

The reason this whole thing exists is to show, by communicating, you can resolve most conflicts, even at a global scale.

Check out the many languages that our First Years know:

What one man calls God,

another man calls the Laws of Physics.

Where did you graduate from?

I graduated from Leiden University in Holland, where I was brought up. 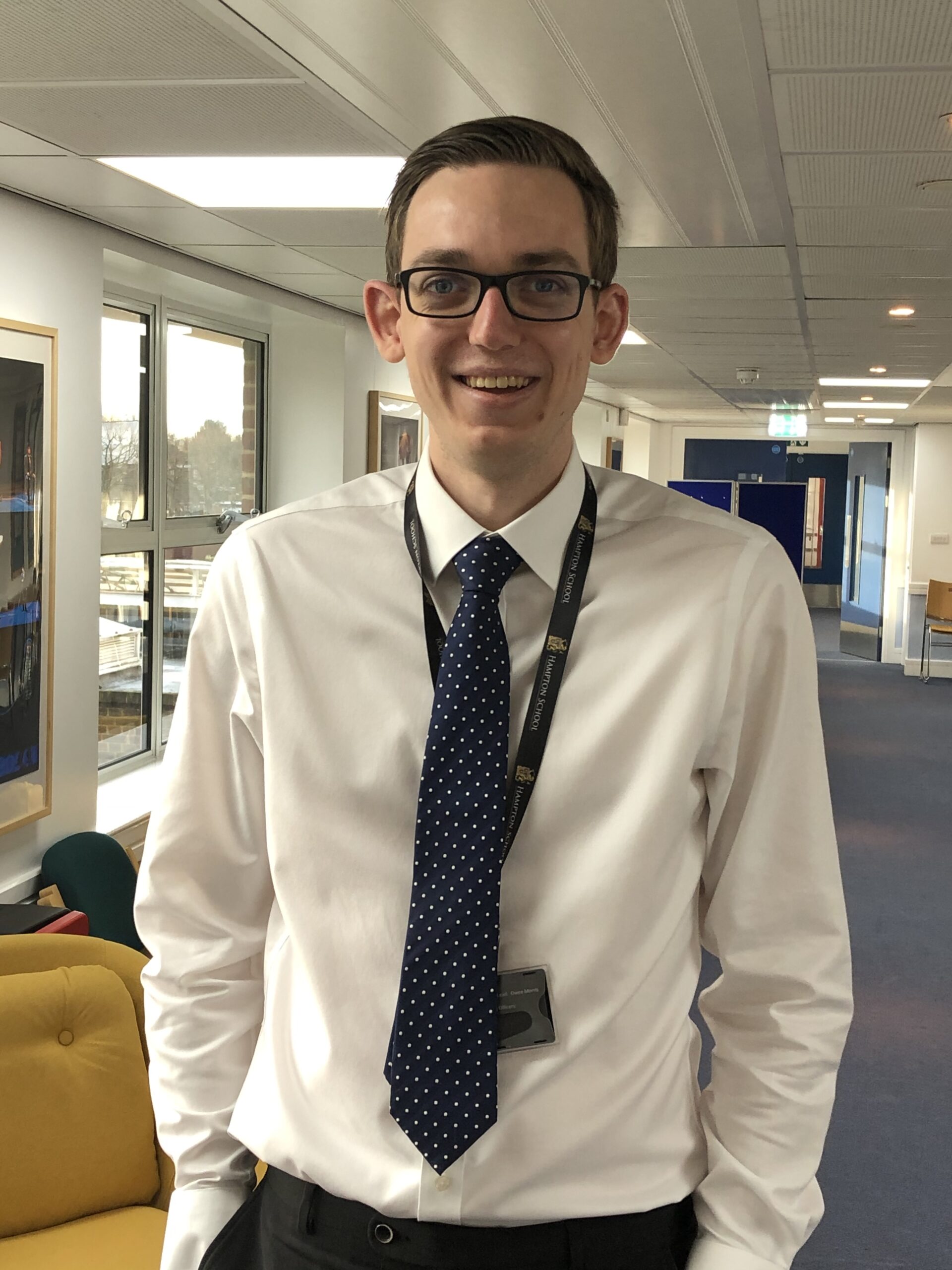 Why did you want to be a science teacher?

When I was doing my degree, I loved explaining physics. I loved blowing the mind of children with how amazing physics was.

How do you stay organised?

For me to stay organised, I really need my teacher planner because that is where most of my lesson plans are etc. That is where I write all of my practical equipment to bring to lessons. This planner is a vital part in making me be organised.

What’s the hardest part of teaching?

Personally, I find it very difficult to teach something to pupils that can be a bit dry. I have to try my very best to make them find the topic interesting even though I don’t think it’s one of the most exciting parts of Physics.

What’s the best advice you’ve been given about teaching?

The best advice I’ve got is probably to enjoy it!

How do pupils learn respect for each other and for education?

With all my classes I try to show mutual respect. I believe that I have to set an example and if I show respect to everyone, they will also respect each other in turn.

Describe techniques you have used to engage learners?

I think the best way to engage learners is through doing practical work. They find this fun and they tend to understand the topic a lot better.

If you were to be the teacher/supervisor for an extra-curricular club, which would it be?

I do the Duke of Edinburgh expeditions and School musicals. If I were to do an extracurricular activity I would probably help out in another Hampton musical.

What objects of a classroom environment are essential for maximum learning?

I think you just need a brain to learn. You have to switch it on and I don’t think anything else is necessary.

What song is stuck in your head at this current moment which you can’t get rid of?

I think it would be the periodic table song. My form loves that song. That is probably the song stuck in my head at this time.

Can light bend round corners?

It can if it goes past a very heavy object otherwise it cannot.

On Wednesday 18 November many First Years went to Physics Club. For myself, it was only the second time I had been there, but I can tell you from (some) experience, it is an excellent club and the teacher who runs it is very kind, so if you are free on Wednesdays and have no other clubs at lunch, be sure to go to Physics club.

The first time I went, we watched videos about black holes and stars. This week, we made holograms. They are very easy to make, and can be done with household materials. There are special videos on YouTube dedicated to these holograms, made with tape, a marker pen, a pair of scissors and a clear plastic sheet. The holograms work by reflecting light to make an image (or even a moving image if you are using a YouTube video) on the plastic sheet (which is a square-based pyramid once it is folded). It was an extremely fun experience. It really is the magic of Physics.

From ph-antastic Physics to compelling Chemistry, 1L tell us more about their Chemistry lesson:

This week we learnt all about the different properties of elements and their compounds in Chemistry. First of all, we looked at a mixture of iron and sulfur in a petri dish and discovered that it had magnetic properties – the two elements could be separated. We then heated the iron and sulfur mixture with a Bunsen burner which started to glow as it got hotter and iron sulfide was formed. To our surprise we found out that it no longer attracted a magnet so had completely different properties to the elements from which it was made. This is because the atoms in a new substance are now chemically joined together by strong bonds.

From cells to what makes us human, Kanishk M (1W) continues to explore the stories behind DNA technologies:

PCR lets us select the piece of DNA we want and copy it out hundreds of times. It is the basic step to letting us find out about this subject. There are a few parts to PCR: primer design, running the reaction and testing the results. Unfortunately, being the most complex part to start with, it may be a bit too factual, but we have to start from somewhere.

But first let’s see how it works. The rest we can deal with in future series. To do PCR we fill a tube with DNA and put it into a special machine called a thermocycler, then we add the DNA we want to copy, called our template, a DNA copying enzyme, individual blocks of DNA called dNTPs and then two short pieces of DNA called a primer need to be added in abundance.

Then we run the thermocycler, in essence it is a machine that raises and lowers the temperature of the tube and its contents. We first heat the tube up to 95 degrees centigrade, at which point the DNA strands separate. Then we cool things down to a temperature called the annealing temperature, this is when the primers will stick to the individual DNA strands. Then finally we raise the temperature 72 degrees, which is when the DNA copying enzyme copies the remainder of the DNA by grabbing the dNTPs in the solution to make a complementary strand of DNA traveling down the DNA. DNA has a direction to it and the copying enzyme can only copy in one direction, called the 5prime to 3prime directions the 3prime to 5prime gene, and the cycle continues till you run out of primers. The longer you run it for, the more of the DNA you want you will get.

And there you go, the hardest hurdle in DNA design has been crossed, what about that!

Each week Mrs Peattie and Mr Hill select a Tutee of the Week from the nominations sent in by the First Year Form Tutors. This person is selected for their all-round contribution to Hampton life and for displaying a great attitude. Congratulations to this week’s winner of the award: Seb H-T(1P) for his all round positive, mature attitude when contributing to all aspects of Hampton life.

Hampton School’s collections in support of Feltham Food Bank will begin again this week. Over the summer months, over 70 crates of food and toiletries were donated to local families in need in Bedfont, Hanworth, Feltham and surrounding areas. Donations can be dropped off every day at the entrance pupils use on arrival at School in the mornings.

Our School Captain, Jamie, tells us how you can help:

The Food Bank would be particularly grateful for the following items:

We had an impressive 38 entries for the Five questions last week, 1J are in the lead with an amazing nine submissions! Well done to the following boys (make sure to add your merits in the back of your homework diaries):

And here are the answers to last week’s Five questions: