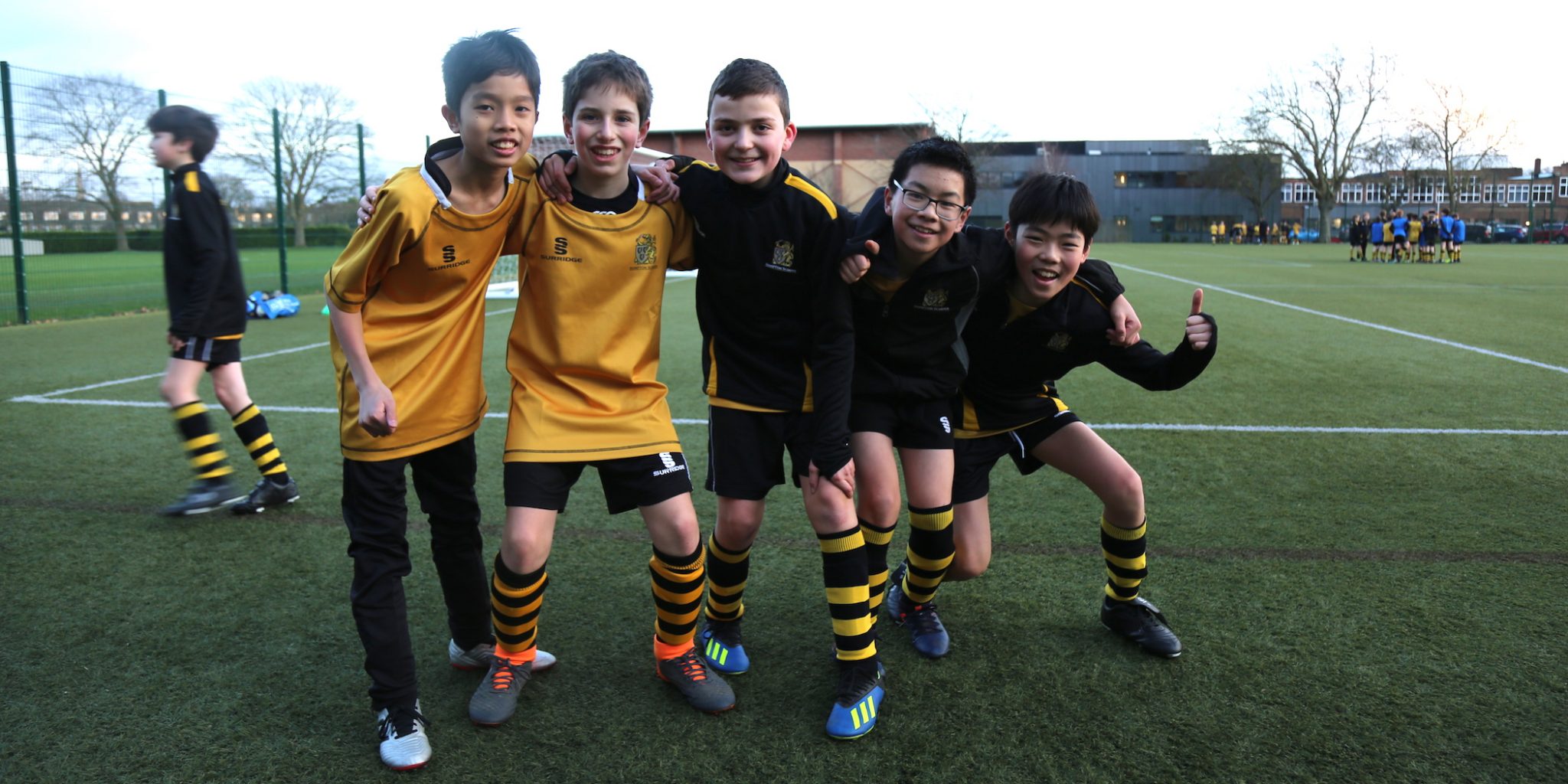 The sun is still shining but we have been reminded we are still in Spring with a bit more of a chill in the air this week. Our First Years have enjoyed attending their live Teams sessions this week, particularly starting to check in with the PE department during their Games sessions on Friday afternoons. Following on from Friday’s VE day celebrations the boys have been busy continuing to build their castles for their History project and in Biology they have been discussing the importance of preserving species. Have a listen to Ben W’s speech on whether armed guards should be used to protect endangered species. It’s very convincing!

This week’s challenge, set by our First Year Tutor Team was a more open-ended task to put together the Best Fancy Dress. The winners are announced below:

A special mention to Trivikram P for his NHS Heroes inspired costume!

Have a look at some of the wonderful costumes:

Watch out for the Sports Department Inter-Form Challenges next week!

We hope that after our Cooking Week last term you have been inspired to cook a bit more at home. Maybe you are looking to take your cooking to the next level? If so these Bite Back cookery classes by the leading chef at the Jamie Oliver Cooking School will be able to help! Join in with the weekly cook along at 12pm or catch up with them later in the day! We would love to see your creations! Email them through to Mrs Halford!

Miss Winstock has set up her own remote workstation. 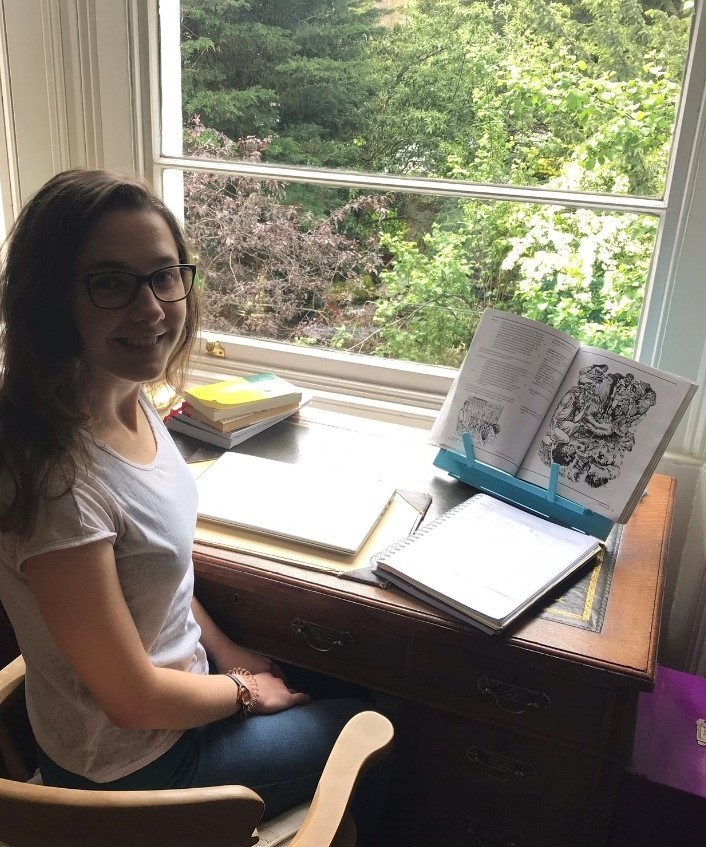 Here are her top three tips for a successful working from home routine:

1L have sent in some questions to ask Miss Winstock this week:

I have many, of course, but one word which springs to mind is malum: its primary meaning is ‘evil’, but it can also mean ‘mast’ or ‘apple’! The malum Discordiae (meaning ‘the apple of Discord’) is the name given to the golden apple in the Judgement of Paris, the mythological cause of the Trojan War. Can you spot the pun?

I loved playing netball recreationally (and bench-ball, if that counts). But my sporting talents lay more in athletics, specifically the 100m sprint. I was no Dash Parr, but I won a medal or two!

My first ever job was selling pork pies in Borough Market. I still help out every year in the week leading up to Christmas, so do come and say hello!

When I was in primary school, I wanted to be a scientist who searched jungles for plants and fungi which could be used in medicines. However, that went out the window when I discovered my love for languages in secondary school. In my school yearbook, one of the questions which I had to answer was ‘Where do you see yourself in 10 years’ time?’ I wrote ‘Probably a Classics teacher…’ That says it all!

I once taught in a school whose pupils were completely silent in lessons!

I tripped and fell over a bin in a lesson once. I imagine that was quite funny for my pupils, but they were polite enough not to laugh (out loud, at least)!

After years of waiting and seeing nothing, last week scientists in Russia were able to catch incredible footage of the elusive predator, the snow leopard, as part of their country wide study into the big cat! Watch the video below: 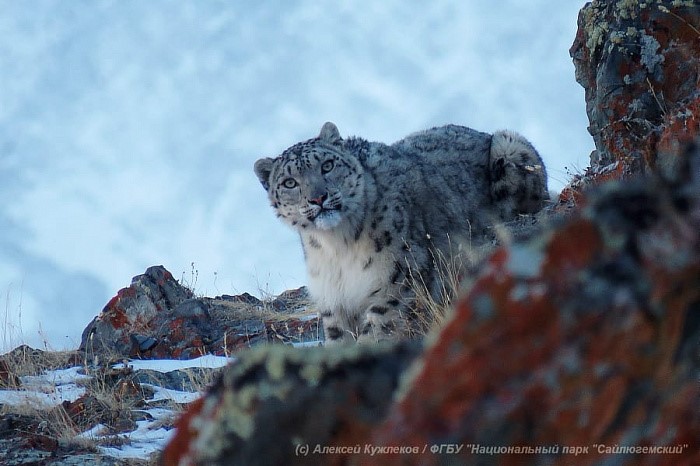 A few questions for you to have a go at yourself or challenge people at home if they know the answer. Merits are awarded for everyone who has a go! Just click on the link below and enter your answers.

Well done to Yuchen Y, Falak S, Oliver D, Adi S and Evan R for their answers last week, almost all correct! Merits will be added to our remote merit log and if you have space add a merit in your old diaries! 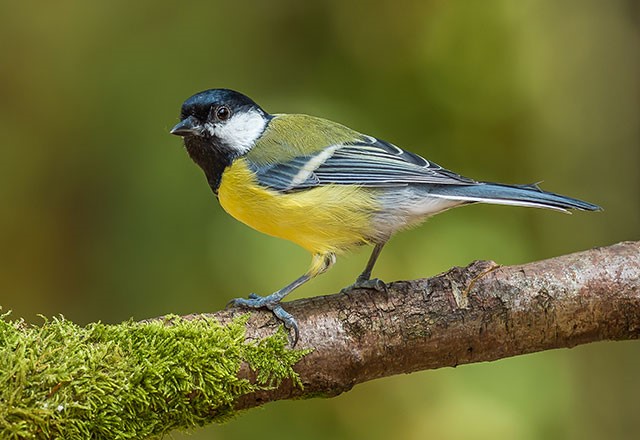