Think! Club, Rugby Success and We Will Rock You!

Think! Club, Rugby Success and We Will Rock You!

Well done boys for successfully making it to the end of a typically busy first half term! It has been great to report on everything that you have been up to and I wish you all a well-deserved and restful break!

A big well done to the following boys for collecting so many merits this half term!

CLUBS OF THE WEEK

We are treated to THREE clubs this week, and I hope that you come back after the holidays eager to try something new!

In Think Club we were asked to make anything of our choice from just three materials in under ten minutes. Myself, Tejas and Sam had a good go! Once we completed our models, we were asked to explain what our models were and what their function was. After that we were asked what we thought everyone else’s models were. The challenge was to get us to think about perception and how things can look different to other people. 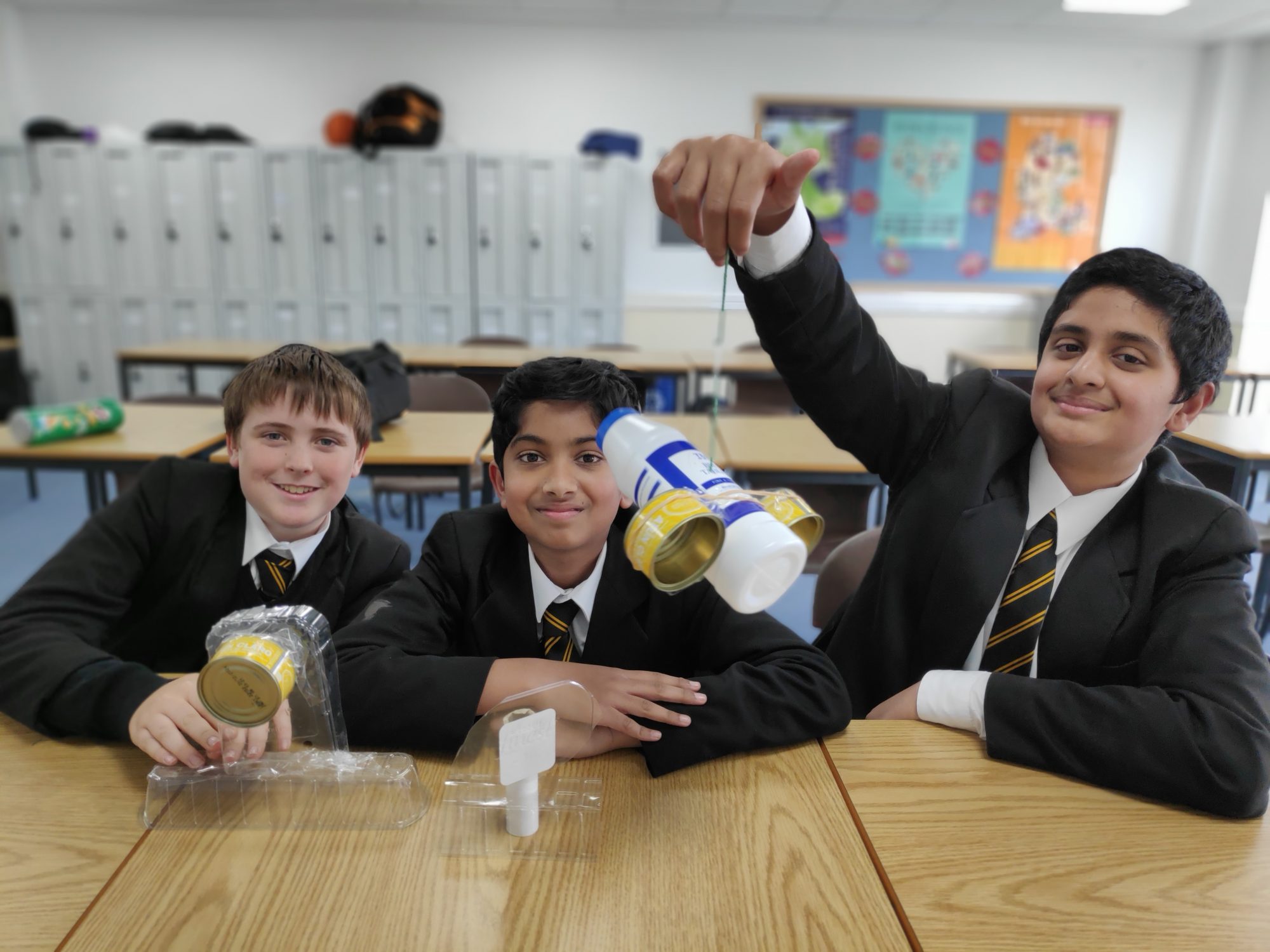 Christopher (2B) tells us about Badminton and Table Tennis

Badminton is a co-curicular club which runs on Tuesday lunchtimes. It has a relaxed, fun and casual atmosphere. Badminton club is open to all, if you are part of a team or just looking to have fun with some friends. Badminton club also co-runs with Table Tennis, which is at the same time and place (the Sport Hall) as Badminton. Having gone to Badminton club before, I think it is fun and invigorating, with a wide skill set and is very popular with boys in all years. I am not good at Badminton, and some of my friends are far better than me, but it still never fails to be fun and exciting.

I would highly recommend this to any boy who enjoys sport, be it casual or competitive. I also recommend you try Table Tennis while you are there.

The Hampton School Talk! series provides a wonderful opportunity to hear from distinguished speakers from all walks of life. The annual programme of talks aims to enlighten and entertain whilst broadening the horizons of all who attend. Alec (2J) tells us about the latest Talk! in the series:

As part of the Talk! Programme Sir Christopher Mallaby came to the Hammond Theatre on the 14 of October. Sir Christopher had a long and distinguished career in Her Majesty’s Diplomatic Service spanning from 1959 to 1996. He told some fascinating stories from the Soviet leadership during the 13 days of the Cuban Missile Crisis to the Berlin Wall coming down to German unification. Christopher also gave an insight in to life as a Diplomat and Ambassador.

The talk was very interesting and inspiring and many thanks to Sir Christopher Mallaby.

A report from one of our tennis players Ronit (2P) on their recent match:

On Tuesday, the U12, U13 and U14 Badminton team went to Isleworth and Syon School. Our team, the U13s, consisted of four players. Savan S, Olly S, a First Year pupil and myself. We were split into pairs and played three doubles matches each. We won nearly all of our doubles matches. In the next round, we played singles. We only won one of the four singles matches that were played between us. Unfortunately, we ended up losing the overall fixture but still enjoyed the day playing lots of badminton.

It has been an important week of matches for our Second Year footballers. The U13As have enjoyed success in both their ISFA and ESFA cup matches this week.

James (2H) reports on the U13A ESFA match against Haileybury:

The U13A ESFA match against Haileybury started off with a quick goal from Hampton putting us 1-0 up. The goal was well worked with a good finish from Sam B. We scored another in quick succession even though they were pressing very well. It started off with great play by Sam and then another good finish, this time by Rudy M. The half time whistle went with Hampton 2-0 up. Once again, we scored very early on in the game to give us a three goal lead and what seemed like an easy win, however the opposition struck back with their first goal of the game. In the last five minutes, they we giving it their all, and it payed off with them getting a second. The last few minutes were very tense but luckily, we got them on the break and Nicolas W won us a penalty, which Josh K scored with the last kick of the game. Final score 4-2 and Hampton on to round three.

Well done boys, we wish you every success in your next ESFA match!

Our Second Year Rugby Players have also been very busy this week. We have match reports on how the U13As got on in the 10 -a side tournament held at Tiffin.

William (2H) sent in this report:

On Tuesday, we went to Tiffin’s School to play in a Rugby tournament. We had our first game against Gordon’s. We got off to a good start with a solid victory before another three comfortable wins over the other teams in our pool. We then went on to the finals where we faced St Edmunds. After a hard battle we came out victors. Harry A lifted the cup and we celebrated on the bus back.

Louis (2L) reports on two of the team’s matches:

In this exciting game against Halliford the Hampton team managed a 4-0 victory over Haliford. During this game Joe C scored an early try from a ruck which we won and later on in the game Toby S scored an amazing try running around the opposition and scoring out on the wing.

In this game against the home team, Hampton faced some of the biggest players we have ever faced. During this game Natty T gave a fabulous floating pass out to Adam G who scored in the corner. In the second half Tiffin nearly scored a try but Louis managed to rip the ball from one of their players and give the ball to Hugo K who booted the ball up the pitch saving us from conceding a try.

The first half of the final was very evenly matched, Toby S scored a wonderful breakaway try to put us in the lead early. But St Edmund’s fought back and scored a try to even the match just before half time. Substitutions came on and we very quickly hit back. Natty T broke the line 20 metres out and scored to put Hampton in front. Although St Edmund’s were much larger than us, we used our skill to score our tries. Louis S giving a 2 on 1 to Tom H who dashed into the corner for our third. Hampton dominated the rest of the game, the score finishing 3-1. 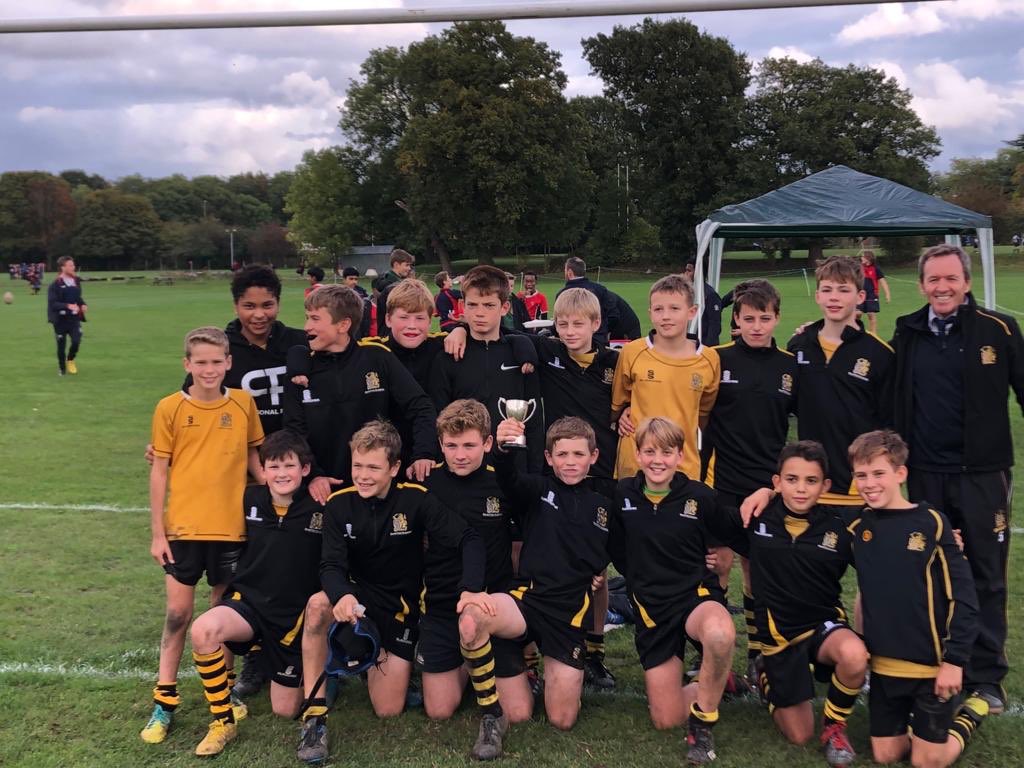 U13 cup winners – Well done to everyone who participated!

The half term finished with a musical extravaganza in the Hammond Theatre this lunchtime, with our Second Year pupils showcasing some fantastic singing skills. We will, we will rock you!

Oscar (2W) had the exciting opportunity in the summer to take part in the Land Rover Rugby World Cup advert. This must have been a really interesting experience and great fun to be involved in. Oscar can be seen on the right-hand side of the screen in the scrum!

Questions relating to the humble traffic cone this week!

A reminder to get snapping over the holiday and enter our photo competition. Your photo should be based on the theme of ‘Autumn’. Entries will be posted on the blog each week, with a final entry date of Friday 29 November. A winner and runner-up will then be announced the following week. Please send your photo along with a title to r.kugele@hamptonschool.org.uk