This is the penultimate post of the year. Don’t forget to log on next Friday – the late edition will include the results of the swimming gala and the final interform standings.

The Second Years have been out and about over the last week or so. Francesco O tells us all about the R.S. trip:

On Wednesday, three second year forms went to three different religious places of worship. Firstly we went to a mosque and learnt all about the Muslim religion like the Hajj and how Muslims pray. Then we made our way to a giant Gurdwara where we saw the Guru Granth Sahib, a Guru which the Sikh religion pray to and we also tried the langar which is free food that the Gurdwara serves to anyone that comes in. After visiting the Gurdwara we went to a Christian Catholic Church which was St Anne’s Church in Kew where we learned about the Christian faith and religion along with many more features of the church itself and how they were important. Over all it was a great trip and we all learned a lot from it.

And a report from this week’s History trip to Portsmouth will feature in next week’s edition.

AROUND SCHOOL / OUTSIDE SCHOOL

Thank you so much to all the Second Year pupils who have sent in reports of the fascinating range of activities they are involved in beyond the standard school programme. They have been some of our most popular articles. Here are two more:

In March earlier this year, I sat my 1st Diploma Piano Exam. After several months of anticipatory impatience, I was awarded a distinction during the recent half-term. The exam I took was the ATCL Diploma, equivalent to the first year of an undergraduate degree. James A

Congratulations James! And now Henry H tells us how some of his class filled their break times before the weather warmed up.

In 2P we invented a new map game called Imperium. This game was played on a map of Europe and set in a dystopian future where America and China have waged nuclear war and now are both radioactive wastelands. Europe is the last remaining stronghold and there is another battle being waged to secure power. The kingdoms of Norway, Hungary, Spain, Germany, Kazakhstan, Turkey, Tunisia, Serbia and Lithuania began to wage war for power. Alliances were formed and broken. Military power boomed with the governments struggling for a foot hold above each other and the slightest advantage over their fellow competitors. Once we actually started playing it proved far too complex to contend with!

Well done to all three cricket teams for their wins against Ibstock, and to the As and Bs for their success against Reading Bluecoats (some individual highlights being 44* for Findlay B in the As and 2-1-2-4 for Toby H in the B team) but commiserations to the As who lost their third game of the week to exit the Surrey Cup in the semi-finals – still a great achievement.

Many thanks to Faizan F who has sent in this report of the U13B victory last Saturday:

Hampton walked onto the ground to field, after the captain, Harry M, won them the toss. Harry chose Ed J to open the bowling and on his third ball, he bowled out their opener, hitting middle stump. As the innings played through, Reading were struggling. Ayoub K, Conrad K and Dan C (with a run out) joined Ed to get a wicket each, Ben W claimed 2 wickets, and Toby H with and outstanding performance to put four wickets to his name. They struggled to cope with our bowling and were bowled out cheaply, leaving us a target of 32.

Then the Hampton openers, Faizan and Harry, walked in as the Reading team were ready to try and defend their total. Hampton kept a slow, sensible rate throughout their innings, taking 1’s and 2’s, and putting their opposition under pressure. Faizan was bowled out for 9 runs, and Harry walked back to the rest of the team, after retiring at 6. Ed put 5 runs to his name, Franci getting 4, Dan making 2 and the rest of the runs from extras, winning Hampton the game.

There were mixed fortunes for the tennis players with a very creditable third place finish in the Surrey Finals on Tuesday. In athletics, there were some stunning performances this week with both the Middlesex Championships and Richmond Championships taking place. Saganan T, Ethan F and Hayden C all won their events in the latter amongst lots of other excellent results. A full report of that event will feature in next week’s final edition. Well done all!

Well done to Ishaan D who was first to solve last week’s dingbats: a change of plans & absentee.

Now for the last trivia question of term and it’s a riddle:

Charlie B wins the last JotW of the year: 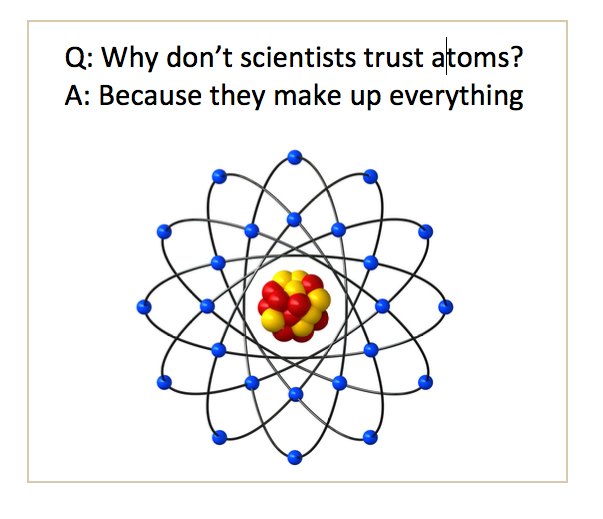 Next year we will crown the highly sought-after Joke of the Year winner.

Have a great weekend and a great last week!