Well done to all the following, keep them coming in!

This week we are featuring Mr Sims, very concisely written up by Alpha B and Patrick H from 2H:

What was your first job? 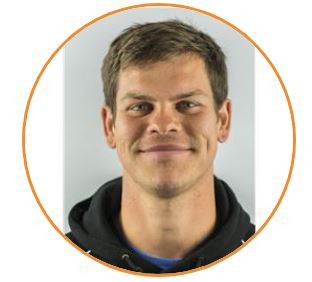 What university did you go to?

What was your favourite sport and why?

Cycling, because I love the feeling of conquering hills.

If you could bring three things on an island, what would they be?

A picture of 2H, a tennis ball and my dog.

What is your favourite food?

Where were you born?

Why did you become a teacher?

You get to meet amazing students.

What would be your ideal holiday destination?

What is your favourite subject?

Thanks to all the interviewers and interviewees so far. We have now profiled nearly all of the Second Year Tutors, just Ms Byrne and Mrs Owen to go.

Here’s a smashing report from Vishal S (2W) – could the U13 tennis team serve up a victory?

On Monday 13 May the U13 tennis team played a thrilling set of matches against Claremont Fan Court School. The team consisted of Rohan C (2B), Vishal S (2W), Tom W (2B), Ed GJ (2L), Josh H (2W) and Giles M (2H). It was a long match because the team was playing two tournaments which ran in parallel, all against Claremont. In the first tournament, the ‘Team Tennis’ competition, we were able to win all our matches. In the second tournament, the ‘Surrey League’ competition it was more tightly fought. Despite being exhausted from the heat, lots of great tennis was still played and fortunately we managed to just win against Claremont 5-4 (in the second tournament), due to a very close final match. Many thanks goes to Mr Baker for being in charge of the U13 Tennis team.

The U13A cricketers have had an extraordinary season so far, winning their first three games in the final over. You can’t get much closer than that – or can you? Let’s here from Leo H (2B):

On Monday 13 May the U13A cricket team travelled to RGS for the second round of the County Cup. Everyone was going into the game with high spirits after beating 2 good teams prior to the match in Dulwich and Tiffin. Our captain Sam S (2H) won the toss and chose to bat, we batted averagely with some good performances the pick being Naavya S (2H) 30 but we only managed a below par 100 runs. Our weakness being not having someone to steady our innings. We knew going into the bowling that fielding well was crucial if we wanted to defend just 100. After a good opening spell from Leo H (2B), Naavya S (2H) and Kieran B-R (2J), RGS had lost their opener and number 3 and were slightly behind the rate, however a few boundaries would put them on less than a run a ball. But after some excellent pieces of fielding from Aran T-M (2W), Theo M-J (2L), Leo H (2B) and a great 2 wickets in 2 balls from Hal L (2B) we went into the final over with RGS needing 4 to win. Naavya bowled amazingly and RGS got 3, which means that the game went to a Super Over which was a new concept to most of us. We batted first in the super over and managed a decent 11 with a great 4 down the ground. We knew that stopping the 2s and 4s was crucial. Yet again, Naavya didn’t disappoint and an amazing game-changing stop from Ben R (2H) meant that RGS only got 8 in their super over. So after one of the tensest games we’ve ever played in, we made it through to the next round of the cup.

The U13Bs are also undefeated so far but without quite the same levels of drama! James G (2L) reports on their latest fixture:

On the 11 May the U13Bs crushed Dulwich College, winning with 6 wickets in hand and 9 overs left to face. It started with the B’s losing the toss and Dulwich choosing to bat, but little did they know that this would prove to be their fatal mistake. The bowling opened and after a few slips and slides on the wet wicket, we had them 28-2. Next, in the ensuing overs, Hampton would take 5 lucky wickets off quite dodgy balls and then finish it all off with the total on 50. Next, it was our turn to bat. We lost an early wicket at the start of play but a partnership from the Dan C (2B) and William G (2J) got us to the high 30s and after a few quick wickets, Toby and Harry M (2L) finally finished the game.

How about this for an experience! Oscar T (2H) tells us about what he got up to last weekend.

On Saturday, my father, my uncle and I headed to Dunsfold Park for a Caterham track day at the Top Gear track. Whilst there, I sat in the passenger seat for 0-60 runs, donuts, the slalom course and some exhilarating laps of the full circuit with a semi-pro driver, which were incredibly exciting and terrifying at the same time!

A particular highlight of my day was when I volunteered to marshal at the full circuit. As I grew up watching Top Gear, it was a surreal experience. I had a sense of importance as I had to signal how many laps were left, finish the race with a chequered flag and even send someone to the pits with a red flag!

I was particularly honoured as Dunsfold is soon to be demolished so it was great to do something so memorable in such a famous location that I will not be able to go to in the future.

And here is Oscar in action.

Well done to Finlay F (2H) who was first to correctly deduce that the place where Christmas comes before Easter is… the dictionary.

The semi-finals of the Second Year Interform Quiz have now concluded with 2L defeating 2H 400-190 and 2B stylishly overcoming a very strong 2P side 400-250 after 2J and 2W were eliminated in the group stages.

The Grand Final will take place on Wednesday in the Lecture Theatre. Spectators welcome, please be in your seats no later than 12.45pm.

Here are some questions from the semis to whet your appetites:

Not as many entries as usual this week results in a second consecutive win for Kristian B (2P) who clearly has his finger on the pulse.

I think it just about works. Can you do better? Send me in your best joke and win a merit next week.