It’s been a busy week for the First Year, with lots going on and the Athletics and Cricket seasons getting going. Hugo and George have written some lovely reports of their first experiences out on the Hampton wickets. Meanwhile the John Fisher Athletics competition took place on Wednesday, and it was great to see First Year boys representing the School for the first time. Next week will be a busy one with the RS Trips taking place – I’m sure the boys will have a great experience visiting the Neadsen Mandir and the London Jewish Museum.

On Saturday 27 April the Hampton U12A cricket team embarked on their season against Fulham Boys School. The first challenge was getting the penguins off the square after the appalling and freezing cold weather nearly disrupted the start. Fulham Boys batted first. The winds made it tricky for the Hampton bowlers to bowl on the line they were looking for. The first wicket of the season would go to Thomas Tabor. After that breakthrough Thomas continued to shine with the bowl. The bowlers struck in regular overs and at the end of Fulham Boys’ innings, they had scored 82-9. After a quick turn around it was time for batting. The openers Will Wallace and Thomas Tabor were cut short of a good opening partnership in the second over, after Will Wallace was stumped. At number 3 was Hugo Knowles. After one more wicket fell, Savan Soni came into bat. Hampton did not lose another wicket and scored a total of 85-2 in 12 overs with Hugo and Savan not out.

A positive first game and hopefully a very successful season to come. Written by Hugo K

On the 27 of April the U12B team got of to a great first win against Fulham Boys School. Although the conditions were not perfect we fielded, batted and bowled well. By the end of the oppositions twenty over innings, we had to chase about 50 which we successfully did in eight overs!

Written by George B

Kessan K, Edmund N, Rishi V and Sam G all took part in the Junior Model United Nations Conference last weekend. Miss Field tells us that she was delighted with their enthusiasm and interest! Bring on the next debate. 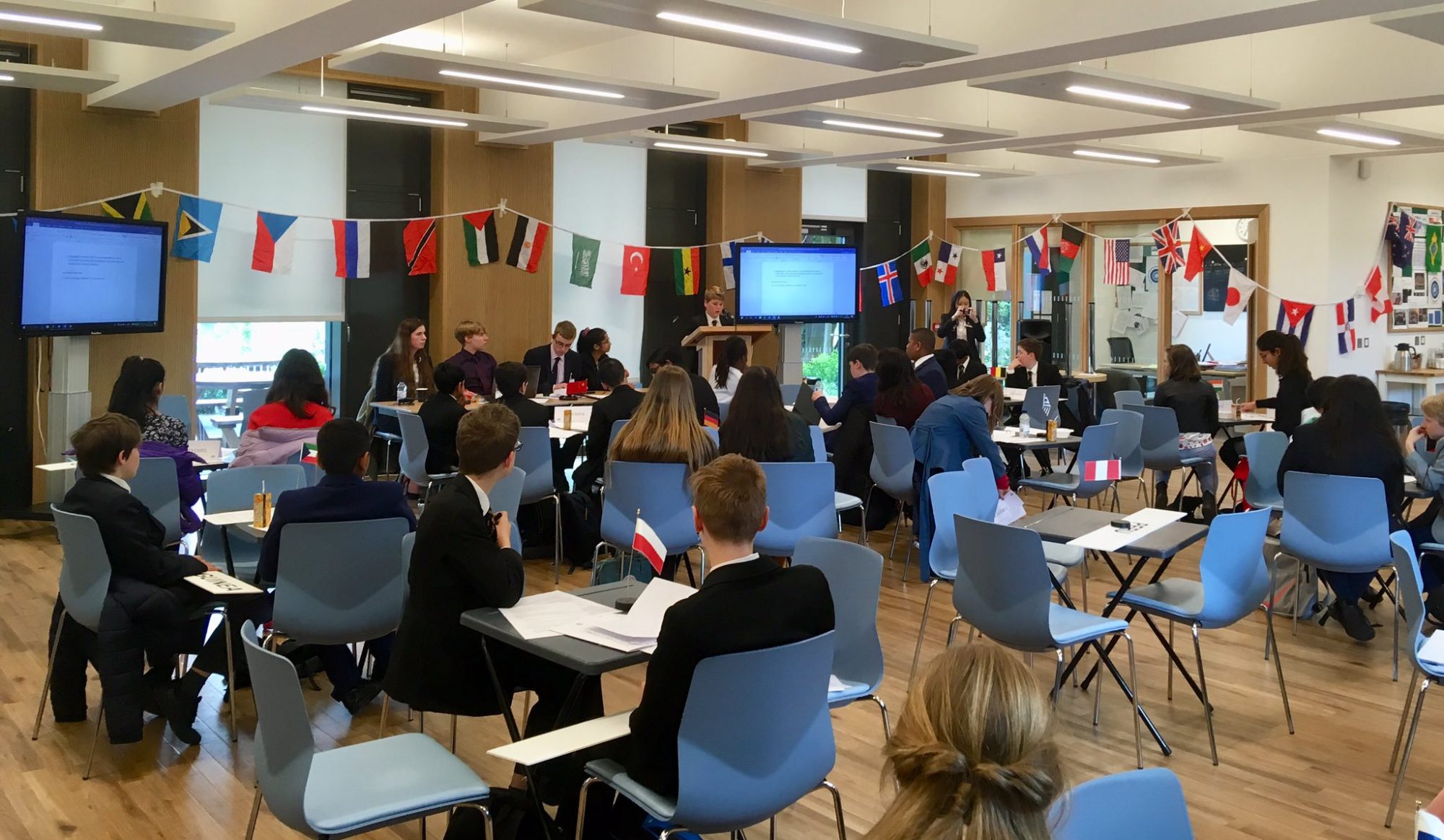 This week I asked 1H to come up with their best jokes. I really liked this one from Kessan:

Next week it will be 1J’s turn – let’s see what they come up with? Time to tune up those funny bones and get your thinking caps on!