The end of the first full week means it’s time for the first bulletin of the Summer Term. After such a lengthy break there is plenty to catch up on so we’ve got a bumper edition. Enjoy!

2H dominate the merits this week! Also, there has been a fair bit of merit “squirrelling” going on…

Some Second Years began their Easter holidays spainfully early in the morning on the last day of term. Let’s hear all about it from Aaron M (2L):

Twenty nine Second Year pupils and five members of staff met at Heathrow airport at the crack of dawn to catch their early flight to Valencia. With the whole day ahead of us, a few sleepy heads were evident during the trouble free journey. On arrival at our hotel, we dropped our bags off and went for a walk around the old town, visiting the Central Market. Our first task was to buy ourselves lunch while practising our Spanish. After a short break at the hotel we had our first of many three course meals, followed by an evening of bowling.

On day two there was a long but pleasant walk ahead of us to the Valencia Science Museum which had amazing activities for us to try out. We then split into two groups, one group visited the Oceanographic Centre and the other had their entertaining and delicious paella workshop. Personally the paella was great fun and one of the best meals I have made. On the way back to our hotel we had a chance to do some shopping. After a long day which involved a lot of walking, the group’s appetite was ready for the evening meal. We then had a welcome rest before lights out.

After a substantial breakfast we travelled on the tram to Valencia beach, where there was a very competitive beach football match. It’s quite impressive that such a large city has a great beach just a tram ride away from the city centre. Then the groups reversed the previous day’s afternoon activities. The Oceanographic Centre, situated in the middle of the dried out river, was full of interesting marine life. This building and others near it, show how much modern Valencia has developed in recent years. We then had a short and dramatic hail storm, which accompanied us on our way back to the hotel.

We had an early rise on day four as we had a long coach journey to PortAventura theme park. The group spent all day trying out many of the rides, from fast roller coasters to gentle water rides. Fun was had by all.

Next morning, after our breakfast, we packed and got ready for our return to the UK.

We had a thoroughly enjoyable and memorable time in Valencia. A huge thanks to all the staff, particular appreciation to Mr Blachford for leading and organising such a fun and interesting trip.

The summer sports season is upon us! The fixtures come thick and fast this term, please do let me know how they go. Or perhaps you are trying something new such as rowing or climbing – we’d love to hear how you’re getting on. To get the ball rolling, let’s hear about the Surrey Festival of Tennis, followed by the U13B & C cricket fixtures:

Thanks to Tom, Harry and Max and please keep the reports of all sports coming in.

Ms Field was delighted with the contributions Second Year pupils made at the Model United Nations Conference last weekend. It’s fantastic that so many Second Years have got involved. Fancy giving it a try? Here’s not one but two reports to give you a flavour of what’s involved:

The Junior Quiz team have been exceptionally strong for the last two years. In 2018, we were denied a place in the National Finals by RGS Guildford. This year’s competition saw us again contest the Regional Final against the same opponents. Piers M (2P) tells us whether we managed to enact revenge:

This Monday, the quiz team faced their second game of the season. It was the regional final match against RGS Guildford, an infamously hard team to beat. The game started at 4:30 and we already knew it would be a very close match. After 15 minutes, RGS Guildford pulled in front by about 200 points, but Hampton knew to catch up. We managed to close the gap to about 50 points but to no avail. In the last minute it was a frantic race to win but RGS got a starter question and we knew it was all over. The final score was 540-490, thus ending the season for Hampton and advancing RGS to the inter-regional round.

Well done to Will C (2L), Tomas E (2L), and Piers on an excellent effort and fear not, the Hampton quiz season is far from over as next week sees the beginning of the Second Year Inter Form Quiz Championship. Each form will need a team of four. Fancy being involved? Here are some questions from Piers to whet your appetite:

How did William Herschel advance Science? 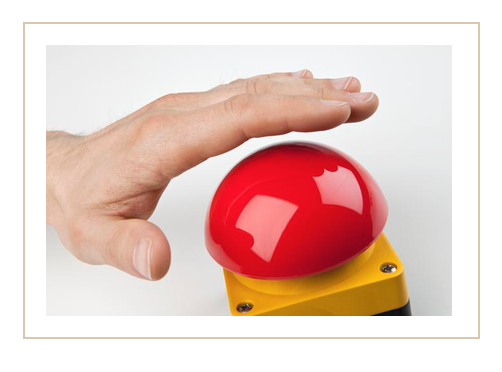 Beirut is the capital of which middle-eastern country?

Which inventor made a brightly coloured cube which is infamously difficult to solve?

Tuesday in Room 26 in the Classics Department

Aadi T (2W) wins for this. He correctly deduced that a joke involving Spanish would go down well with his Spanish teacher:

Have a great bank holiday weekend!