During Monday morning Assembly Third Years heard from the Form Charity election speakers. The whole School will have the opportunity to vote for which international, national and local charities they want the School to support in 2019/2020. The Headmaster congratulated all those Sixth Form pupils involved in the production of “All My Sons” and celebrated the successes of the German debating team, the Chess team, Rugby and Football clubs. Dr Hendry then presented Academic ties to the selected Sixth Form pupils. Third Years enjoyed their last PSHE session on the “Sex and Relationships Education” programme this Thursday. Here are some other highlights from this week: 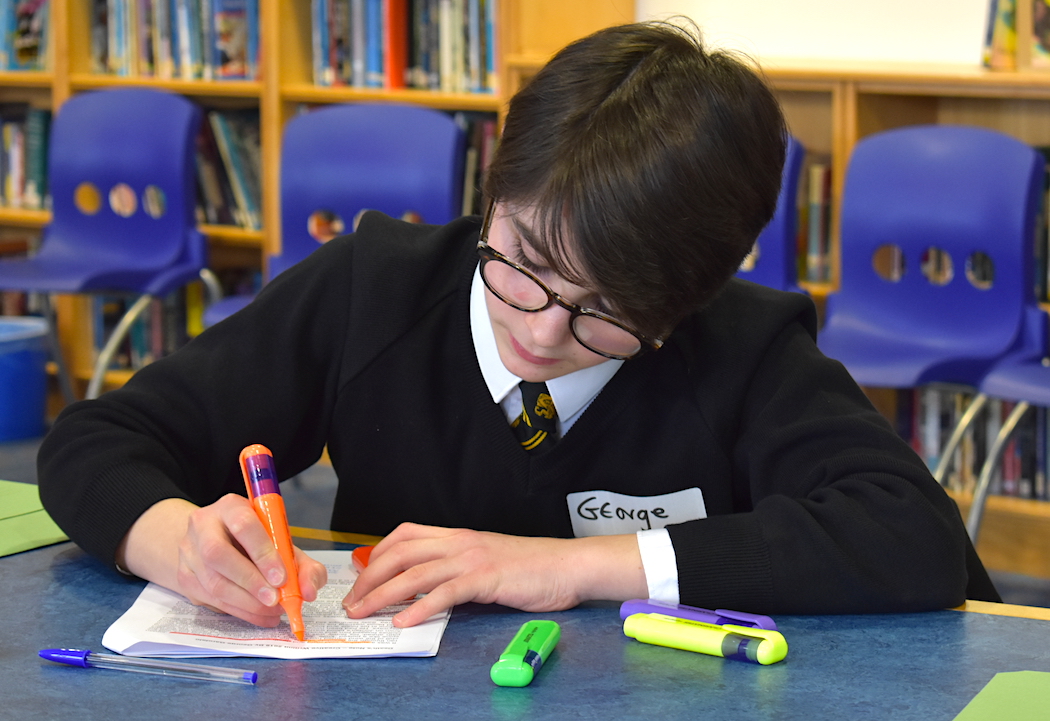 Congratulations to Charlie H (3F) for performing with his orchestra at the Royal Albert Hall this Wednesday!

Well done to George G who was awarded runner-up in the Intermediate Creative Writing Awards- enjoy your book voucher! Author Sara Grant gave all 25 of the finalists personalised verbal and written feedback to help them revise and develop their pieces for publication in the summer edition of Lion Print magazine. She told the boys: ‘’You have all written fantastic, clever, original story openings’’.

Good luck to the following Third Year boys performing in the Spring Concert next week:

Congratulations to Form 3B for this excellent feedback this week:

“They are a delight to teach and have been working on a big essay (Personal Investigation) the past three weeks. This is an important piece of work and will go towards their final Third Year grade. Every boy has handed completed essays to me today on the deadline (some have written in excess of 2,000 words) and they followed all my guidance and instructions superbly.”

“It was very fun. We started off the day learning about the anti-bullying ambassadors and the Diana organisation. We did lot’s of activities including the multi-coloured parachute on the hard courts and we decided on what we would do in tricky scenarios. In the afternoon, we started our campaign and watched a video on different ideas. We then started planning our campaign. Overall it was a fun day, and I learned a lot!” 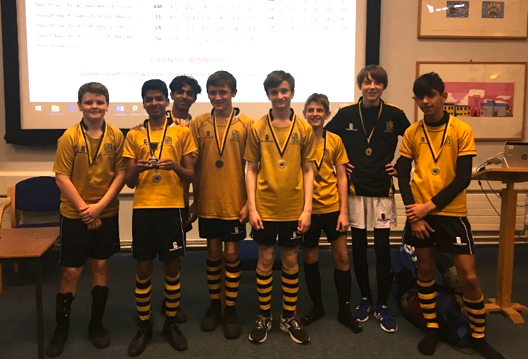 The U14 B rugby team hosted Ibstock Place A team on Saturday. Ibstock arrived with only eleven players, so our boys took turns to play for the opposition, and a fiercely competitive match ensued. Hampton dominated territory and possession in the first half and scored great team tries through scrum half Will A, second row Alex H and No 8 Gregor W to lead 15-7 at half time. Sadly, fatigue and loss of focus led to a defensive collapse in the second half, and we shipped four soft tries to finish 31-15 down.

As the season is beginning to draw to a close, the U14C team would be playing their penultimate fixture, with the opposition being Wetherby B team. With a considerably larger squad than usual, we had plenty of energy, and fatigue would not be a concern. The game began, and as a result of the uneven and bobbly surface, both teams took some wild, uncontrolled touches. With a couple of near misses on goal, we were extremely unlucky to be reaching the break at 0 – 0. After a team talk from Mr Mills that guided us to glory, we set out back onto the pitch, hoping to grab a lead. Soon enough, the first goal came, and was in fact followed by a few more quick goals. With around ten minutes to go, the scoreline read 4 – 0 Hampton. As we had found our rhythm, we added to our lead to leave the final score at 6 – 0. We look forward to our final fixture of what has been a very successful season. Off to Reading!