Well done to the following boys who have reached their next merit milestone:

Well done to all, and remember: a great way of earning a merit is to contribute something to this blog!

The second in our series of interviews comes from 2P and Mr Preston. It’s another very entertaining read – thanks to all involved, particularly Saganan T (2P) for editing: 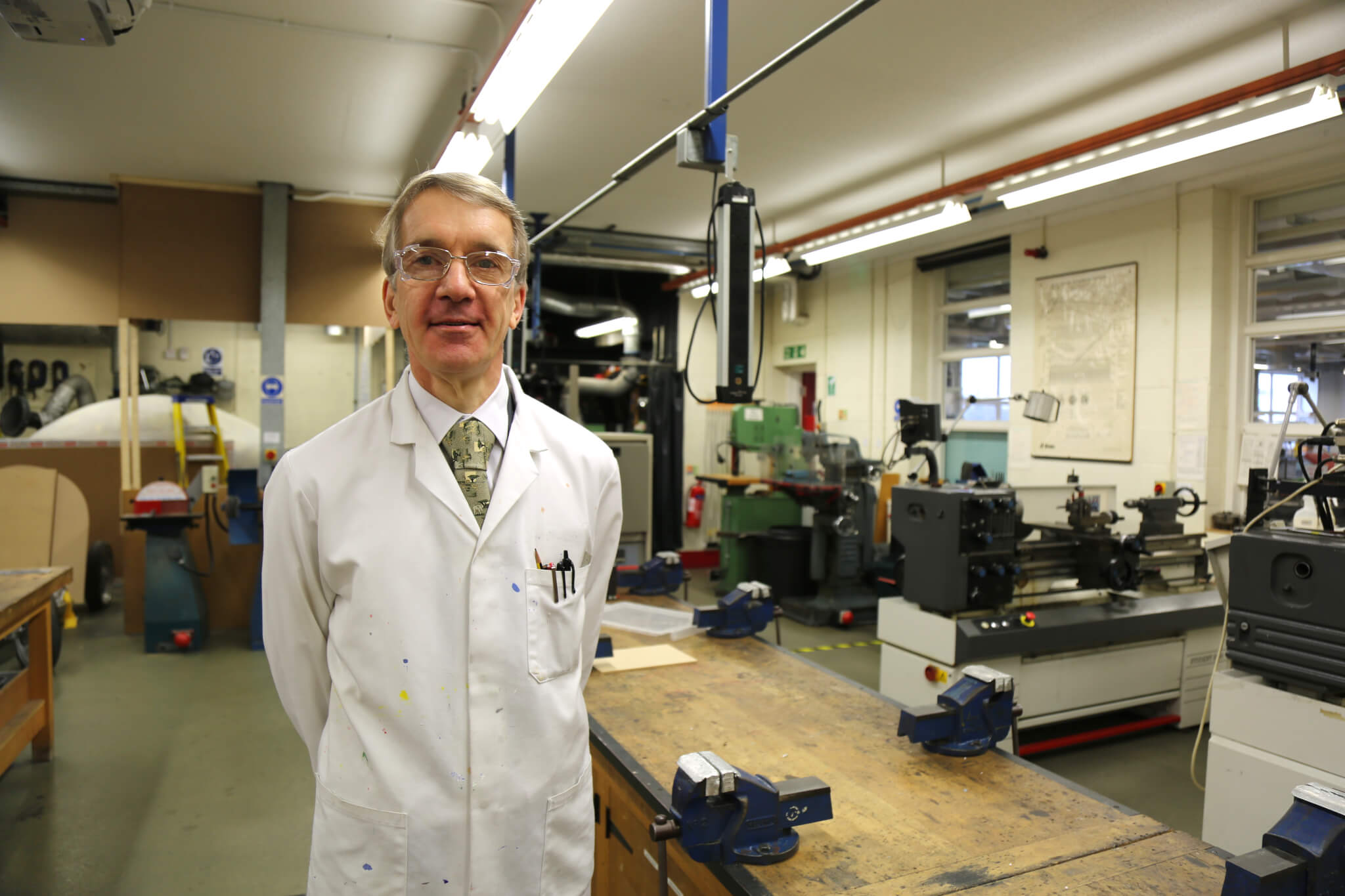 Guru N: Why is your house in Northumberland?

Mr Preston: It is because that’s where I live.

Lucas HS: Sir, what were you like in school?

Mr Preston: I was a model student actually and I tried very, very hard and I always did my homework on time.

Zac D: Is it possible for you to stand up in Australia?

Mr Preston: Yes, by the law of gravity even though you’re upside down.

Lucas HS: Have you ever witnessed a crime?

Mr Preston: No but I was close to thinking there was a crime happening even though it was just a postman trying to deliver a big parcel.

Mr Preston: Well I haven’t been arrested but I have tried. I tried to get flashed at by a speed camera on my bicycle even though I don’t think that’s possible but it was a worth a try.

Saganan T: What is your opinion of Mrs Owen?

Mr Preston: I honestly think she’s a very strong Head of Year. She wants to do the best for all of you and she’s very kind and thoughtful.

Guru N: Do you enjoy teaching us?

Mr Preston: I think you lot are wonderful. I love teaching you! I’m taking great care of the vouchers you gave me and once I’ve bought something with it I’ll tell you about it.

Kristian B: If you were stranded on a desert island, who would you take with you?

Mr Preston: My current car is a Toyota Aigo and my old car is a Volkswagen Beatle.

Henry H: Which pool do you go to on a Monday evening?

Aryan K: If you could live anywhere in the world where would It be?

Mr Preston: Long term it would be Britain.

Zac D: Do you play or ever have tried to play and instrument?

Mr Preston: I have tried to but I’d rather stick to my thing which is listening to music.

Guru N: Sir, can you floss?

Mr Preston: I think you were wonderful and asked some brilliant questions. THANK YOU!

Last week’s matches were badly affected by the weather unfortunately. Nevertheless we have some football news to share with you. First we hear about the U13B team’s most recent fixture, then about the launch of a highly exciting intramural league:

Hampton were coming off a loss and were determined to get back on the winning streak. As we went into our match we were quite confident and we had a strong start but later in the half they quickly scored three goals. However, before the first half came to an end, Saganan T (2P) scored a great solo goal. In the second half Hampton played some of our best football so far this year but the score ended 5-2 to Abingdon while Saganan T (2P) got another well worked goal. Ben MJ (2W)

You’ve heard of the HPL now get ready for the Hampton Serie A. This is an event where all football players from the D team and under play against each other in a grand mission to win the league. After we had chosen who was going to be on which team it was time to start playing. I was on a team with Leo H (2B), Ayoub K (2W), John S (2W), Xavier Z (2W) and many more top notch players. We started the match off with a wonderful few goals and dominated the first half catching on to a 3-0 lead. All 3 goals were scored by our superb striker Leo H (2B) and were assisted by Ayoub and other members of the team. The second half was a rollercoaster of events. At the start, my team started playing a bit too sloppily and we let the opposition have 2 goals, scored by Tom W (2J). However we got ourselves together and managed to add to the scoreline by an outstanding finish by Xav: 4-2. The next few minutes featured a total of 3 goals, 1 by us and 2 by the other team causing the score to stand at 5-4. The final few minutes of the match were intense and lacked goals up until the other side found a gap in our defence and managed to sneak a goal past our keeper and into the back of the net. Suddenly, it was the final few minutes of the match with the ball being attached to the centre of the pitch. Our team knew that whoever got the last goal would win the entire match. Everyone on the pitch was playing insanely well until our team dribbled the ball up the pitch and score the winning goal. 6-5. Mo O (2W)

Hold onto your hats – it sounds like Serie A is going to be a belter of a competition. I would love more updates in the coming weeks!

Now what’s that saying about the best laid plans…? Here is a lesson in coping with adversity from Xavier Z (2W):

On our trip to Ferny Crofts I was very excited to go on the trip because we had a good chance of experiencing snow, mountain biking and getting to know one other Second Year and a group of First Years. However, to our misfortune, the vast amount of snow caused an accident further up our path leading to the whole road being gridlocked. This resulted in us moving 600m in an hour and a half before turning back to the school arriving there at around 9:30pm. On our way back, we were all very disappointed. We eventually stopped off at a petrol station to buy some snacks having not eaten any proper food for a while. At least this cheered us up a bit!

Now for a fantastic report from Thomas B (2B) on his experience of the Model United Nations. It has been wonderful to see Second Year students getting involved with this and doing so well. The teachers have been very impressed with their performances (as am I with this write up!):

Over the weekend Tom M (2L) and Thomas B (2B) participated in a Model United Nations event at LEH, a three day event that would span across the weekend, where over a hundred delegates from across the country held the exciting prospect of debating some serious topics from the perspective of some very interesting and controversial untried (Like Kuwait, The DPRK (North Korea) and Russia). When we got round to debating on the topic of democracy – well I am hoping you can imagine the anarchy which was unleashed onto the otherwise quiet and orderly congregation!

The Friday Evening consisted of Lobbying, a process in which your resolutions (a document which consists of a series of clauses, which each state one thing that will happen if the resolution passes, written from the perspective of your country to make the world more ‘ideal’, are read, and supporting countries will sign the agreement sheet. Remember, the more signs the more likely the resolution will be debated!). Some incredibly insightful and educational speeches were to follow, one of which was from an actual United Nations delegate (which we were all very excited about!) The Countries then delivered their opening speeches, and it was called a day.

Saturday came next, which was to be the toughest, yet most fun and engaging day of them all! Each delegate was split into their committees (The groups in which dictate what topics you write about/debate over. Note that in each delegation (country) there will be a team of people, who go and represent their countries individually at different committees during committees, but come together as a team during general assembly to debate as a team of four or five. I believe that Tom was in the Political Committee, who debated over the topics of the militarisation of space and fraudulent medicines as the delegate of Brazil, and I represented the Philippines in the Human Rights Committee. I really enjoyed delving into some of the most controversial and sensitive topics, like democracy and the rights of asylum seekers, among many others! I definitely enjoyed debating against the delegate of North Korea (DPRK), who was trying to construct a wall around all countries (including war zones), with the aim of preventing ANY form of human movement, or any chance of asylum seekers to be granted such. They also requested that ANY asylum seekers were to serve 6 years of hard labour on their return, with the attempt of ‘educating the wrong’. Despite the DPRK delegate’s fantastic and probably true representation of the DPRK’s views on the matter, she seemed to expect six-year old children, and eighty-year old grandparents to join the army!

I am sure I was not the only delegate who was rather sad when the last day eventually came, but was also incredibly excited for the prospect of a day of debate with the rest of my delegation. The day was kicked off by a resolution submitted by the Netherlands, which talked about Human Trafficking, which was definitely one of the most stimulating debates I had ever participated in!

Hampton’s USA delegation’s resolution followed, which discussed voting and election security, which most of the congregation found to be incredibly well written, and hard to critique! The day was ended with a ‘crisis’, which introduced the idea that an American logging truck had set fire accidentally to half of the Amazon, and we had a set amount of time to write clauses to later be debated. The Philippines, who aimed not to point the blame at anyone, but to peacefully demolish any treats made by any other country over the topic (which did occur, as pretty much a third blamed the US, a third blamed Venezuela and a third remained impartial!) entered and passed a clause, which made us all very happy.

All in all, this was a very enjoyable, yet successful event (with at least one person from each Hampton delegation awarded with a prize, and the Philippines and Poland winning delegation awards!) and I am sure I am not the only one really looking forward to our next MUN conference.

Well done to Matthew V (2B) who was the only person to correctly solve Conrad’s riddle last week. Chicago is the place that is 3/7 Chicken, 2/3 Cat and 2/4 Goat (Chi-ca-go).

This week, we’ve got a pictorial clue to the name of a famous book:

Hint: it was on TV over Christmas and no, it’s not Titanic!

Thanks to James G (2L) for sending in this week’s winner. Warning: it’s a bit fruity…