On Thursday, during our PSHE session, the Third Year boys recieved a talk from the charity StreetInvest. Duncan Ross, co-founder of the charity, and Babu Dey, trainer and former street-connected child, gave a moving and informative talk to the boys. Later in the morning Adam C (3E), Albie H (3E) and Suryaksh T (3E) conducted a radio interview, which will be uploaded to Firefly as a radio podcast: https://intranet.hamptonschool.org.uk/hampton-radio. Please listen it if you’d like to get a better idea of the work StreetInvest do for street children. Mr Ross and Mr Dey then spoke to 2H during their Religious Studies lesson about what it means to be a street-connected child, before they were given a tour of the school.

Thank you so much to everyone who went out of their way to help. The look on Duncan and Babu’s faces when the cheque, for over £4700, was handed over was really something, they are incredibly grateful for the work that staff and students at Hampton have done to raise such an impressive amount. One pound helps a street-connected child access a responsible adult, whose job it is to mentor the child, and equip them with the tools for a better future. The money Hampton pupils raised will go a long way and help many people. 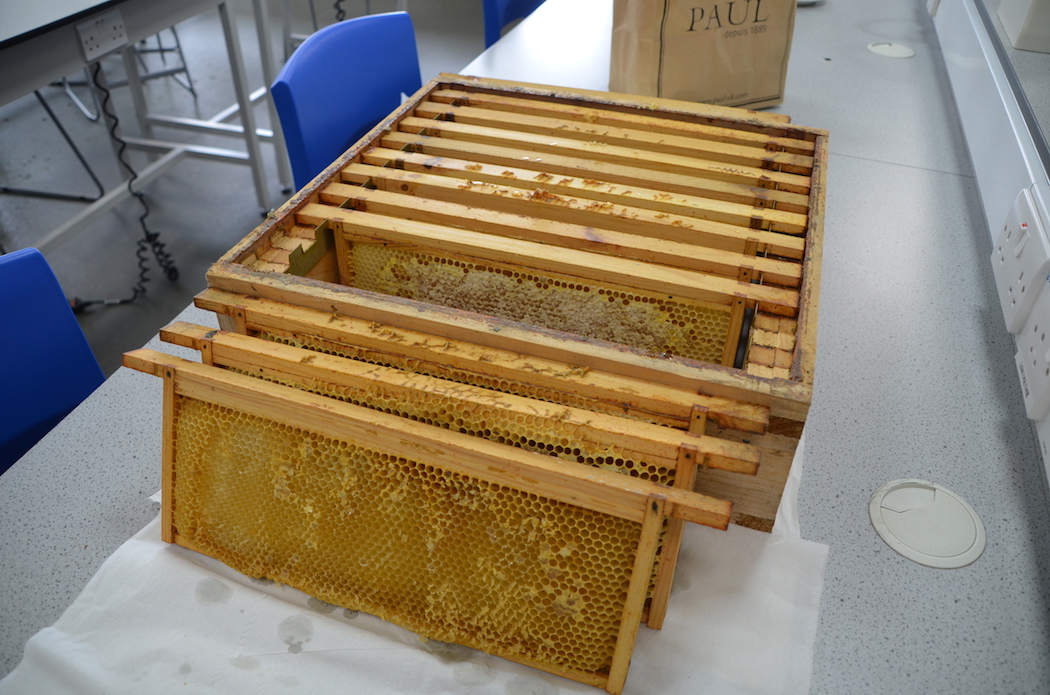 During our year group assembly on Monday morning the Third Years learned about the Hampton Extended Learning Project (HELP).

HELP is your chance to choose an area that interests you and to create a stimulating and exciting project to indulge your passions, in whatever area of the curriculum that you enjoy. You can take control of your learning! Doing a HELP project will help you develop key skills that will be essential as you move towards GCSE and A level – time management, research, planning and organisation. There is plenty of time available – the deadline for the project to be completed is by the end of the first half of the summer term. Prizes will be awarded to the best projects.

Go to the Level 2 (3rd Year) HELP folder in the Academic area of the firefly for more information. Your first step is to choose an area, choose a member of staff as a supervisor and to fill out the Project Proposal form (in the HELP firefly area) and return this to Mr Wilkinson.

If you have any questions, please contact Mr Wilkinson.

Don’t forget about the exciting opportunity to commence your own Arts Award! The award is equivalent to a GCSE qualification and offers the chance to pursue a creative project in any art form of your choosing and to lead others in your chosen area. The deadline for applications is Friday the 12th October, and competition for places is likely to be fierce, so, if you are applying, you are strongly encouraged to think carefully about your idea and submit a thoughtful and detailed application. If you have further questions before completing your application form, please contact Miss Teunissen on l.teunissen@hamptonschool.org.uk or find her in the English Office.

The spreadsheet can be found on https://intranet.hamptonschool.org.uk/activity-lists and yellow posters should be up in all Form Rooms and on the Third Year Notice Board on the Physics Corridor next to the Third Year Office.

Boys, you are strongly encouraged to actively participate in the School’s extensive co-curricular programme. This will enable you to get the most out of your time at Hampton, and it helps you to really enjoy your time here and meet like-minded peers.

Special mentions and good luck go to Edward M (3G), Henry B (3G), Billy D (3G) and Sam E (3D) who are spending Friday and Saturday presenting to 600 people at a Rotary Club Conference, at Hayling Island, regarding their eco-engineering project on low-cost solar water heating systems for a charity in Romania. They were awarded with a prize at the Big Bang Science Fair earlier in the year. We wish them the best of luck!

Good luck to Marcus T (3J) who has been selected to participate in an International Gymnastics competition between 11 and 15 October.

Eric R (3G) enjoyed the weekend match against Eton with the Football As, despite the loss, saying they were lucky.

Well done to the 13+ joiners who attended the inaugural 13+ lunch (last Monday) with Mr Woods, Mr Rigby and Miss Smith. They were absolute superstars (and seemed to enjoy the doughnuts!)

Congratulations go to Freddy L (3B) for giving the correct answer to the blog puzzle question!

Freddy received an edible prize and will be checking the blog again this week!

For the first home game in a few weeks the U14s prepared for a close game against RGS High Wycombe. The weather was perfect for our style of play and due to this at half time we were leading the opposition 12-10, with two tries from James M (3G) and Nico L (3J) putting us ahead. However, throughout the rest of the game we began to tire and their larger forwards ran through our defence. In the last few moments of the match we nearly crossed the line but couldn’t finish it off. So the score ended 31-12 to RGS High Wycombe.
But overall there was a massive improvement from last year and the squad should look forward to the next few weeks. Cameon H (3

The U14 Bs lost 55-0 to a strong RGS High Wycombe side, but our defence in the second half was the best it has been this season. The team consistently showed their hunger to get up quickly and put pressure on the attacking line, and no. 8 Raffy F (3H) was particularly impressive in this. The half-back combination of Will A (3C) and Calum W (3E) was very effective, with good quality of leadership and ball distribution from both players.

On Saturday the Hampton U14 B’s played Sutton Grammar B’s, away. Despite dominating the play and keeping the ball mainly in the opposition’s half, halftime ended with only 1-0 to Hampton. However, this would soon change. Our short lead started to grow rapidly, escalating into a 12-0 win at full time. Goals were scored by Adam H (3E), Mario R (3G), Euan G (3H), Keshav A (3H) and James D (3C), with none conceded thanks to Adam D (3H) in goal.

On Saturday afternoon, the Hampton U14 B team faced off against Eton college, away. A challenging game to begin we had few chances at goal, with much of the play in the middle of the pitch. Then on an attack, a hand-ball in the penalty area led to a penalty scored by Isaac F (3C). Shortly after another penalty followed, due to a goal keeper mistake, once again scored by Isaac. Two more goals followed from Zach B (3A) and Euan G (3H), to win the game 4-0.

The U14C team played Eton. We beat them 4-1 with goals from Cameron, Stanley and 2 from Harry. We could practise our space awareness, as well as throw-ins.

This week’s news come from 3H:

Keshav collected 10 merits.
Joe M and Joe T played for the A team in football against Eton.
Xav has been enjoying Chamber Choir practice.

This week’s question comes from the Classics Department:

If you think you know, take your answer to Miss Smith or Mr Rigby in the Third Year Office for the chance of winning merits…

Contained in each of the sentences below is a Latin word and its translation. Underline the word and the translation.

For example, “What!  There are no biscuits for us!”

Teambuilding is the first of these scored events and points were awarded as follows:

Watch this space for details on the next event…

Mr Moore and Mr Studt, who are busy organising the next InterForm Competition Event, strongly advise boys to watch in order to familiarise themselves with the “5 Ds” – dodge, duck, dip, dive and dodge must become second nature. It was filmed around the time you were born…