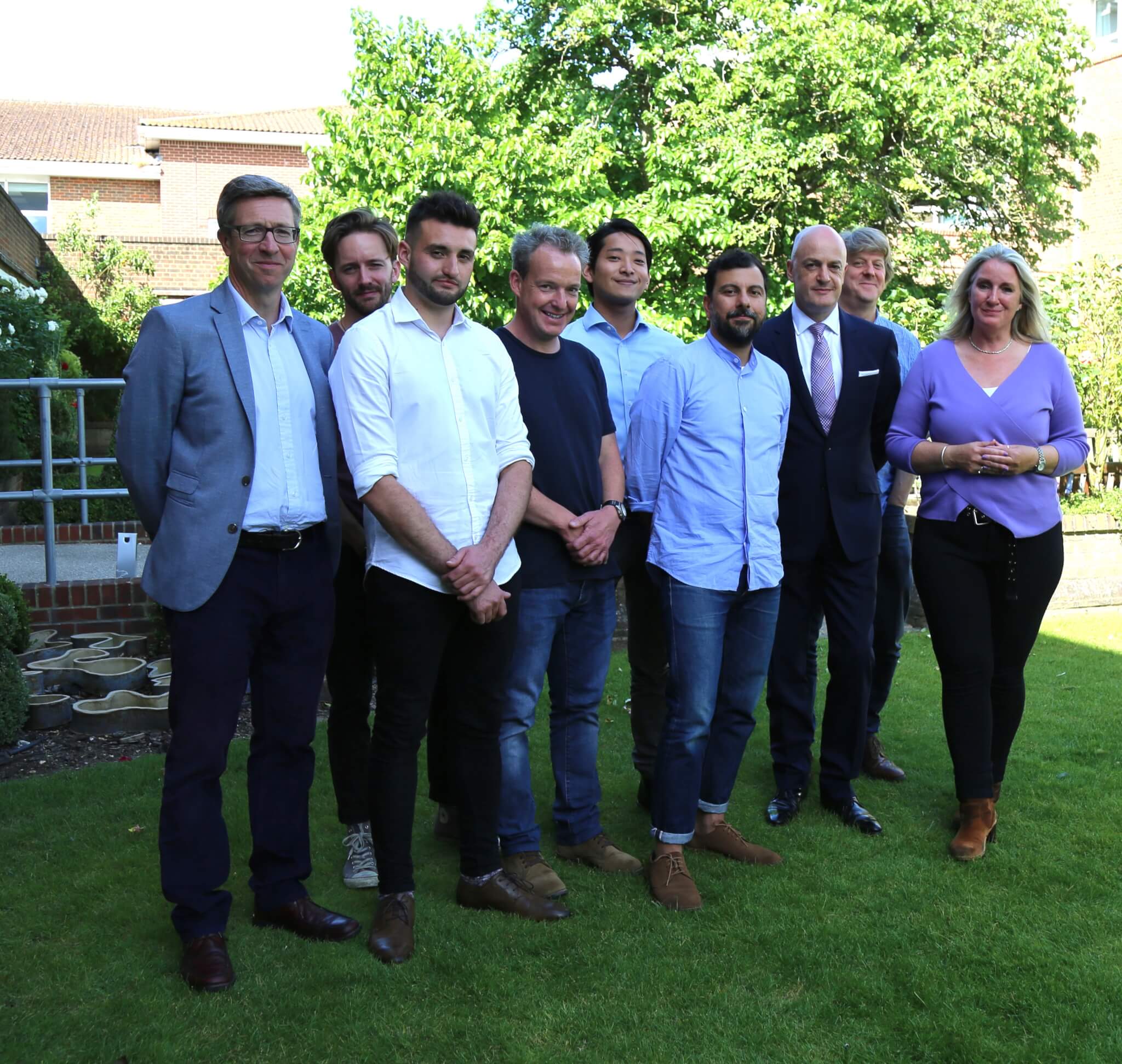 Among the guests was also George Pascoe-Watson, former Political Editor at The Sun who commented:

Creative careers are incredibly energising. They allow freedom of thought, which is very engaging and exciting. The creative careers are about using your imagination and stamping your authority on things that didn’t previously exist.

Mr Pascoe-Watson praised the Hampton boys for their attentiveness and engagement:

The boys all had a point of view, and an opinion. They wanted to ask questions about my industry in order to understand it better, and were genuinely knowledgeable about a number of prevalent current affairs.

Robin Barnwell: a BAFTA Award-winning director and cinematographer, Robin has made over 50 documentaries, often in warzones, for BBC1, BBC2, ITV, Channel 4.

Grant Feller: a top media consultant, Grant has over 30 years journalistic experience, He was both a writer and executive at the Daily Mail and has also worked for the Daily Telegraph, The Times and Evening Standard, and has launched various websites.

James Helm: Director of Communications for the Metropolitan Police, James spent 12 years at the BBC before joining the Department for International Development as Director of Comms.

Sam Marks OH (2005): Sam is a renowned British actor of stage and screen. Performing with the RSC, his roles have included Aumerle in Richard II and Happy in Death of a Salesman. Sam has also appeared at Shakespeare’s Globe and in Doctor Who and Foyle’s War.

Huse Monfaradi OH (1992): A music video director who has worked with artists including Sam Smith, Snow Patrol, the Arctic Monkeys and Rag ‘n’ Bone Man. Huse is now freelance and has been kept busy shooting content for Apple Music.

Cameron Harvey-Piper OH (2011): The Sunday Times Sport desk digital sub-editor. Cameron’s primary role is as a copyeditor, but he also takes on jobs that involve proofreading, article writing, interviewing and layout and design for various magazines and publications.

Sue Thearle: one of TV and Radio’s most acclaimed broadcasters and the first female presenter on Match of the Day, Sue has worked for the BBC, ITV, Sky, Channel 5 and BT Sport. Currently one of the main football reporters for ITV and Channel 5, Sue also commentates for the WTA and ATP on tennis and IMG for golf.

Momotaro Ushido OH (2012): a concept artist in a leading AAA videogame studio working on the ‘blockbuster’ releases in the games industry.

George Pascoe-Watson: advisor on corporate communications and government relations strategies. George enjoyed a 22-year career on The Sun newspaper where he was Political Editor for five years, widely regarded as one of the most influential positions in the UK media.

Gallery from the Day