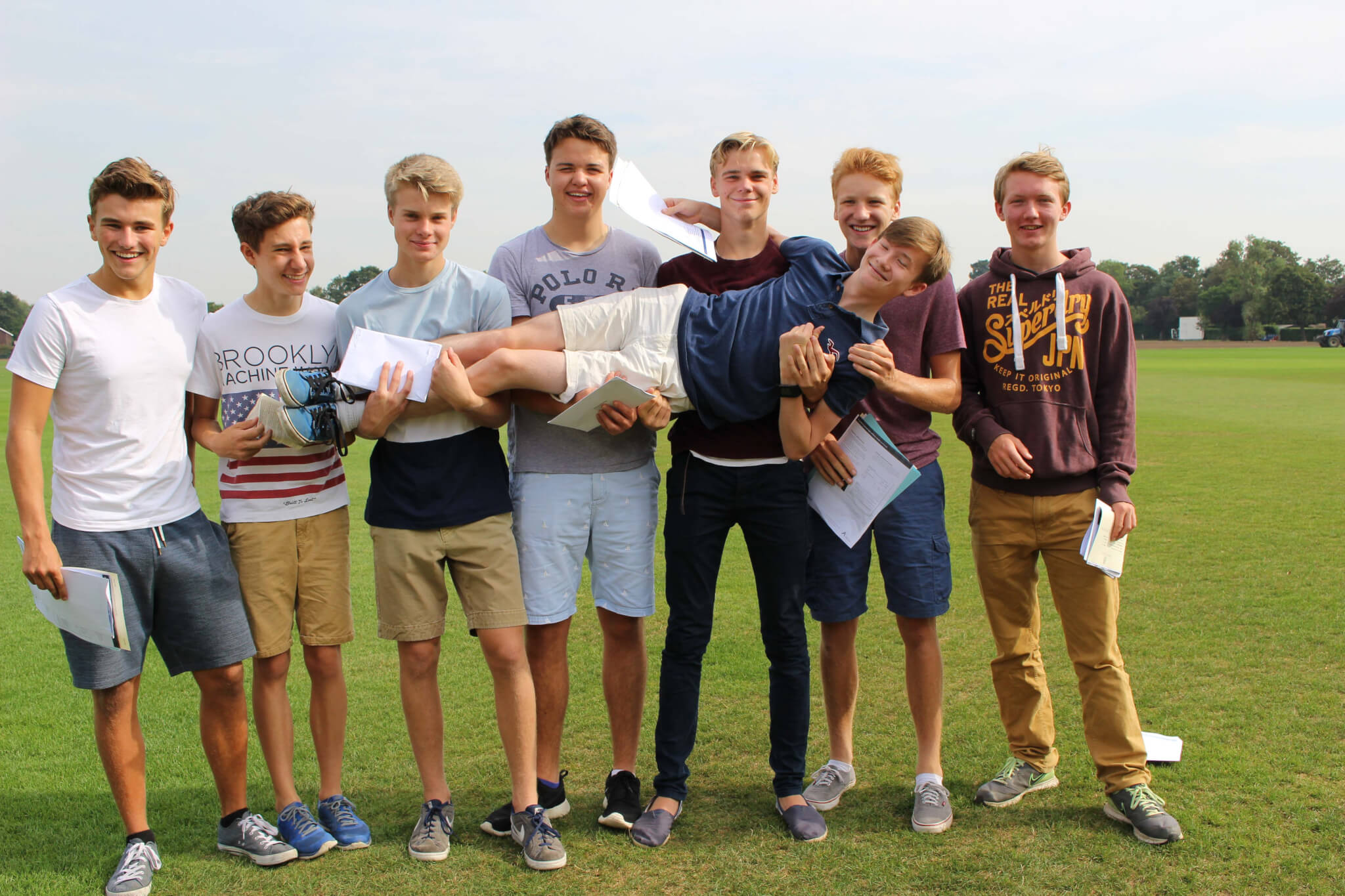 It was a successful day for the Boat Club. Rower Harry Fieldhouse, who claimed two Gold medals at the National Schools Regatta and helped Great Britain to victory in this summer’s international match versus France, notched up 10A* grades.

Harry, who came into School to collect his results with his dad Richard, said he was delighted:

This is the perfect end to a perfect summer. Rowing for GB was such an honour and to win was a fantastic feeling. On top of that, to get 10A* grades today is unbelievable.

I am so proud of Harry and of what he has achieved. He has worked hard but at the same time has managed to enjoy life to the full. He has done really well. 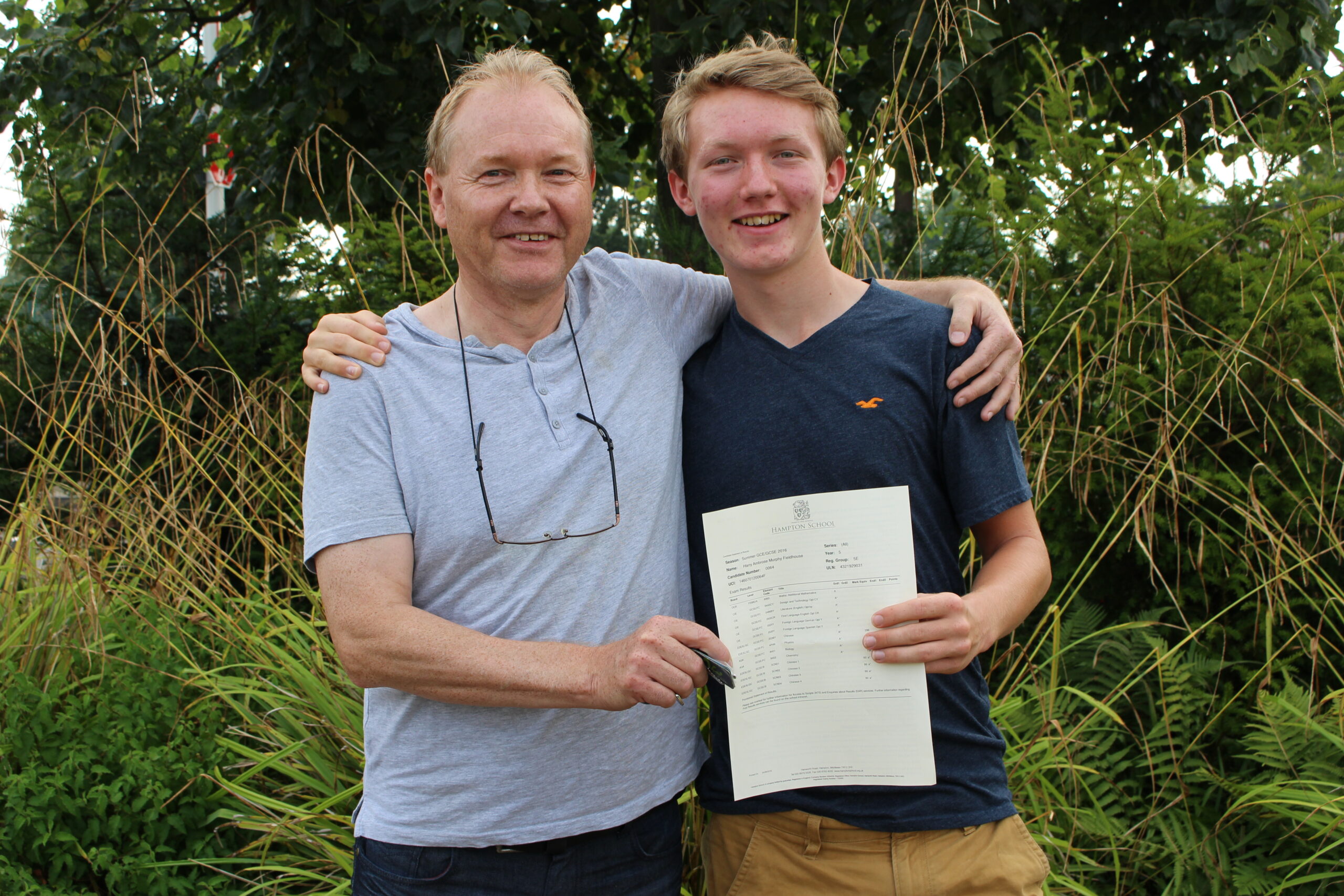 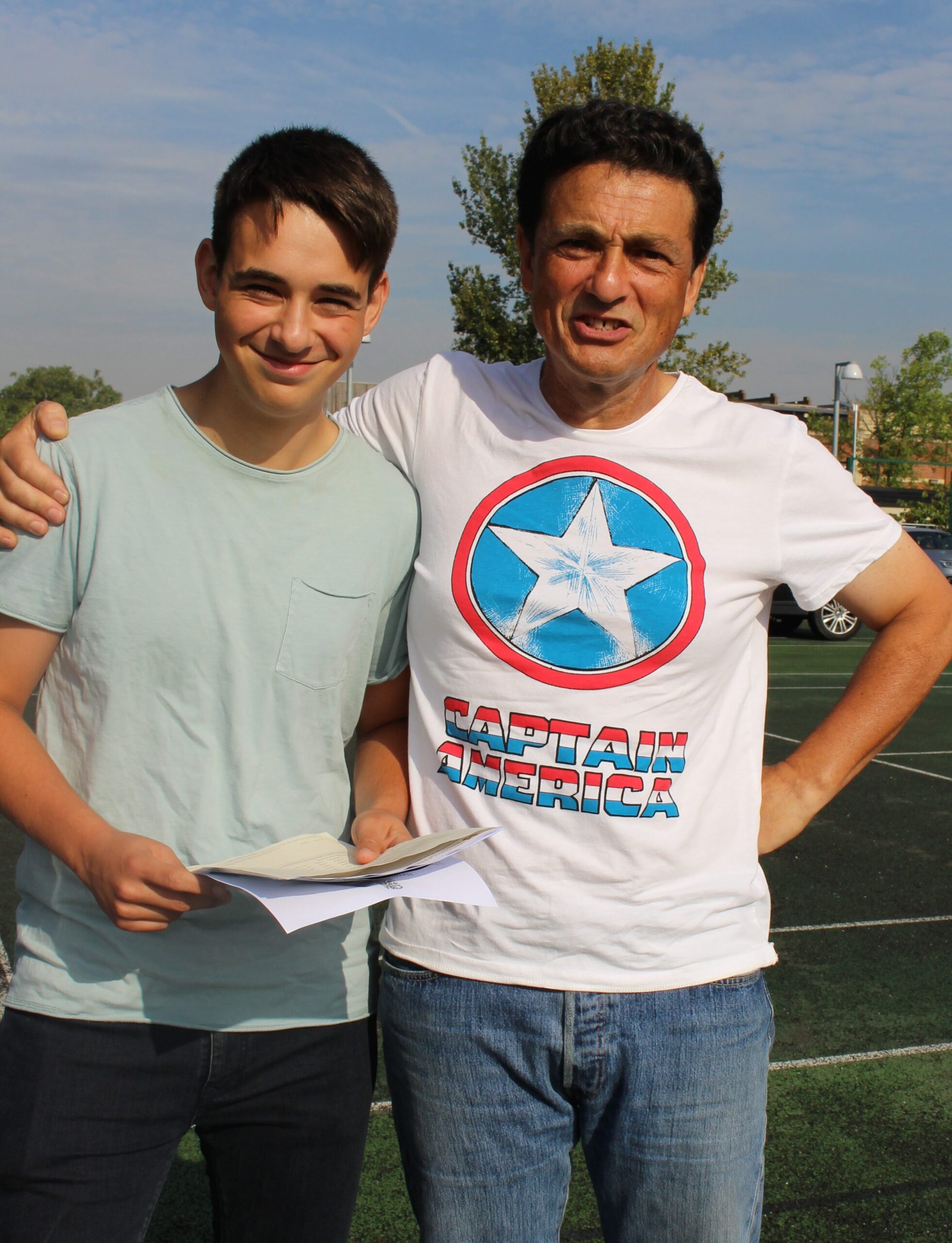 Calogero was one of the first to arrive on the day:

I am so relieved and feel great. I really hope to get a scholarship to an Ivy League college in the USA and hopefully this will help.

Mathematician Zion Kim was another who received straight A*s.  This marks the end of a remarkable year for Zion, who was a member of the Hampton team that won the prestigious Hans Woyda Mathematics Competition. 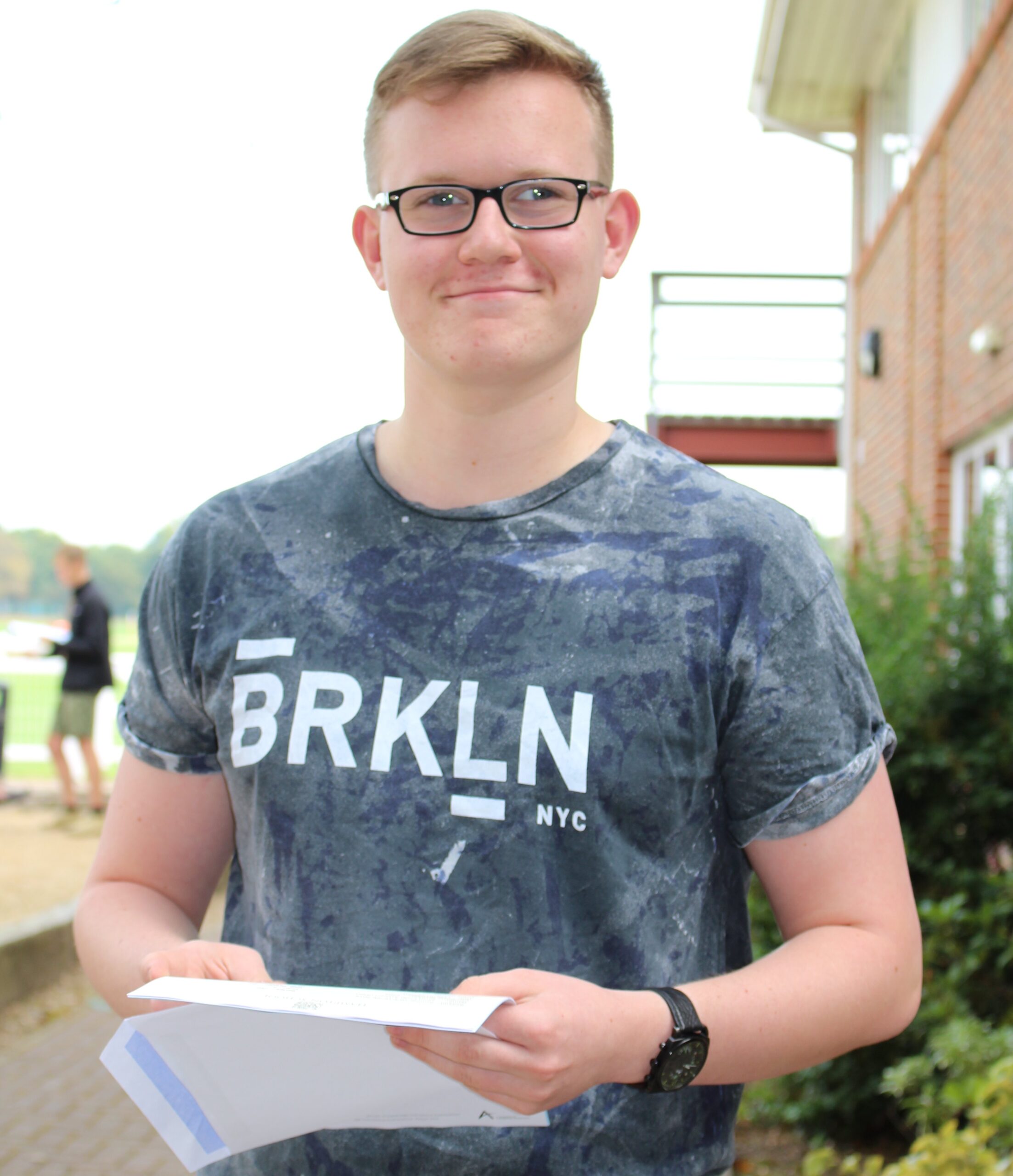 Boys at Hampton take a combination of IGCSE and GCSE examinations and results were extremely strong across all subjects. Particular highlights included:

Our Fifth Year boys and their dedicated teachers deserve the highest praise. A record figure of over two thirds of total grades at A* and these outstanding overall results are due recognition of their efforts and everyone can be delighted with their achievements. It is wonderful to see these boys flourishing academically while also making so much of the all-round opportunities they enjoy here. They can move on to the Sixth Form with real confidence.