Amidst the flooding and persistent rain, the U12, U13 and U15 Hampton Tennis teams produced some impressive performances at the Surrey League Finals at St George’s College Weybridge. 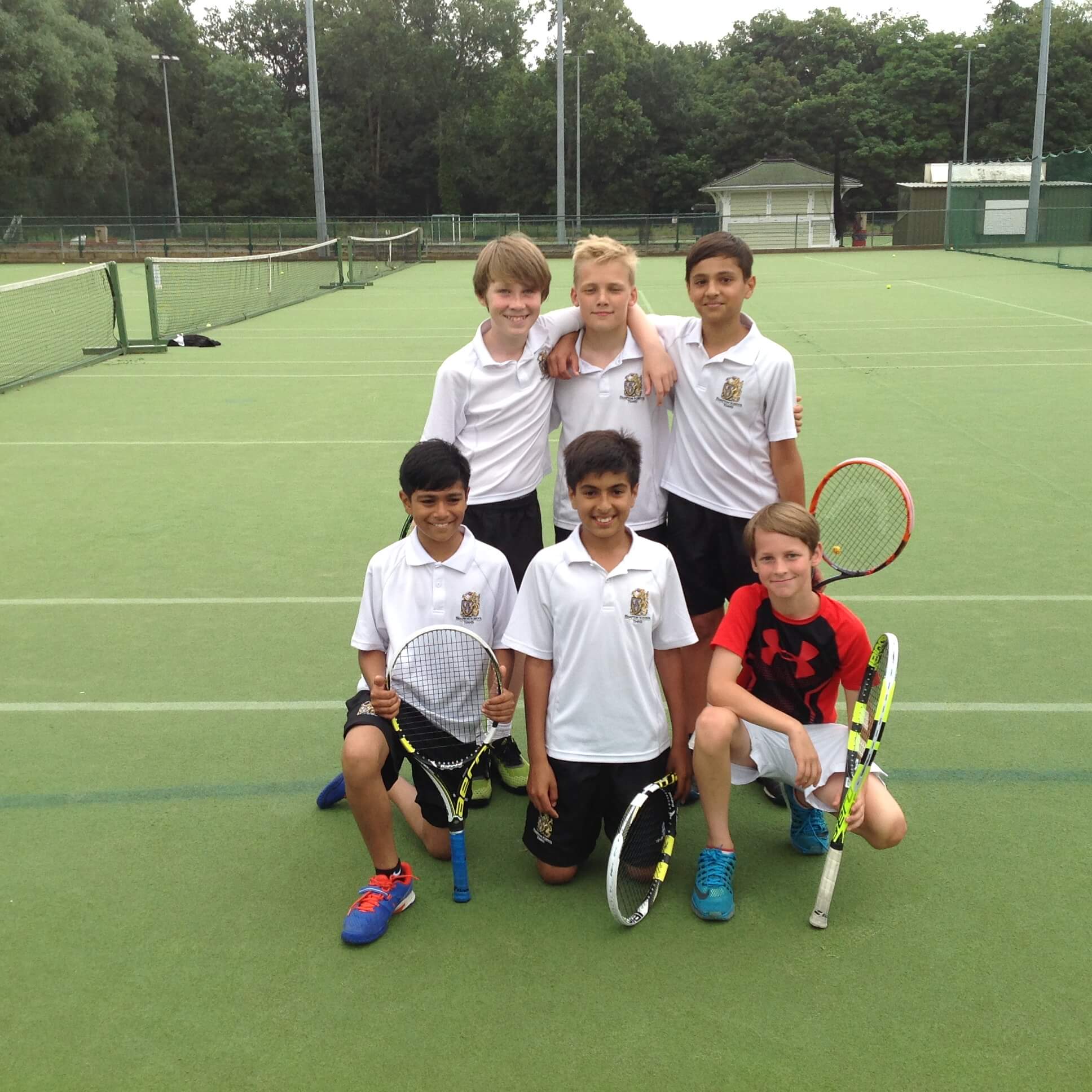 The U12 team were crowned champions of Surrey by winning the competition with a 5 sets to 2 win against Kings College. The team of Rohan Vasudev, Billy Atkinson, Jai Saha, Ben Bird, Xander Wright, and Rafferty Lucking, who had earlier edged past the hosts St George’s College in a narrow 5-4 victory, showed tremendous spirit as they battled through difficult conditions to triumph in a closely contested final. This title caps what has been a hugely promising season for the team, and the level of determination and resilience exhibited suggest that we have every reason to hope for similar success in the future. 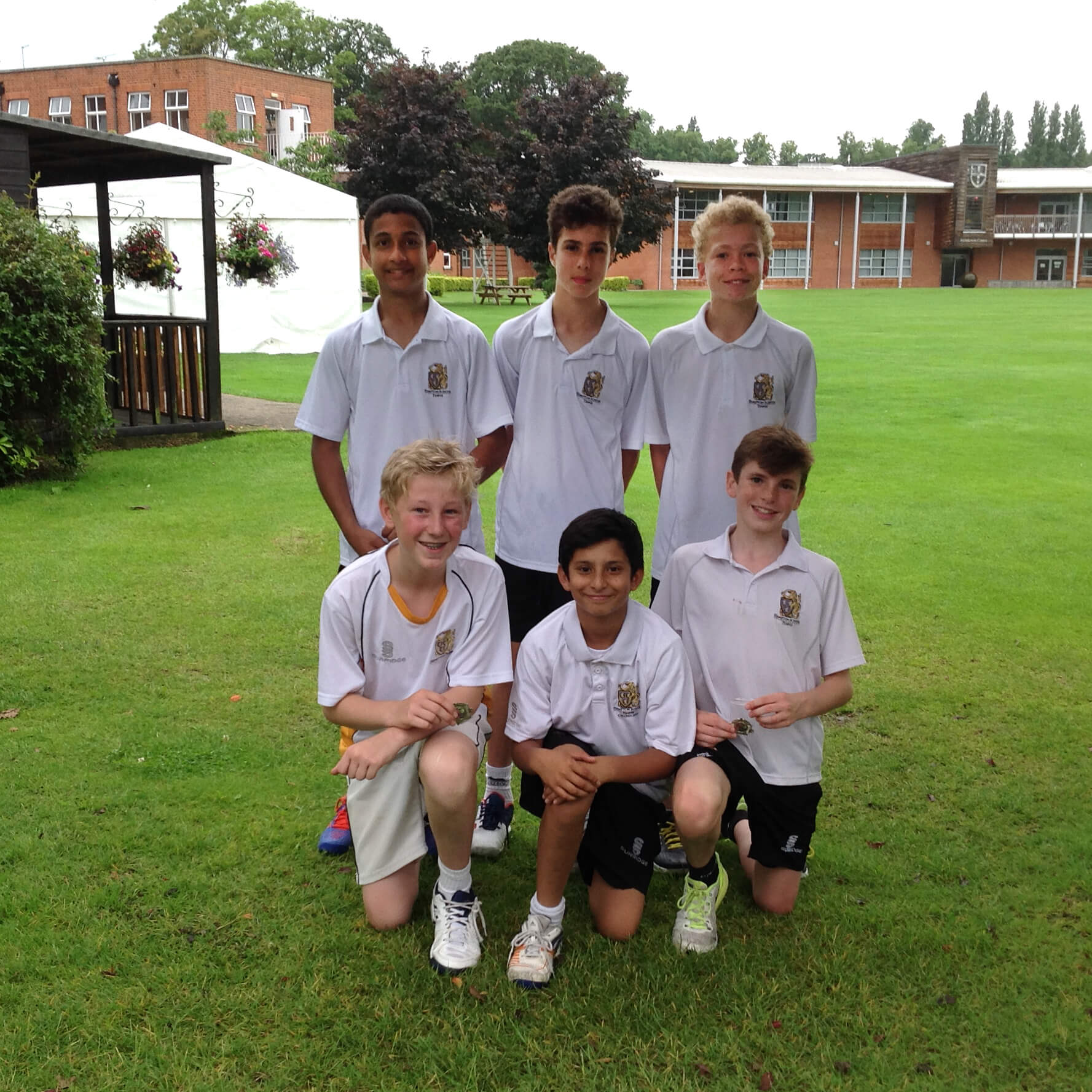 The U13 team of Joshua Culshaw, Tanmay Thanawalla, Declan Connelly, Theo Radicopoulus, Sam Power and Joshua Breadmore produced a convincing semi-final win over St George’s College, winning 8 sets to 1. In the final, however, the boys were unable to overcome a formidable Reeds team who ran out as eventual winners with a nine sets to nil victory. The team’s second place finish is an exceptional feat in what was a strong field of opponents, and the boys can reflect on a very successful season overall in which they have been largely dominant.

The U15 team of Joss Connell, Fraser Barclay, Gustav Durlind, Heath Whittington, Chris Webb and Luke Nickolic suffered a narrow defeat against St George’s College in the semi-final before losing in a closely fought match to Trinity College in the third/fourth play-off. In spite of the disappointment, the boys can feel exceptionally proud of their efforts, and look forward to competing at the end of the season.