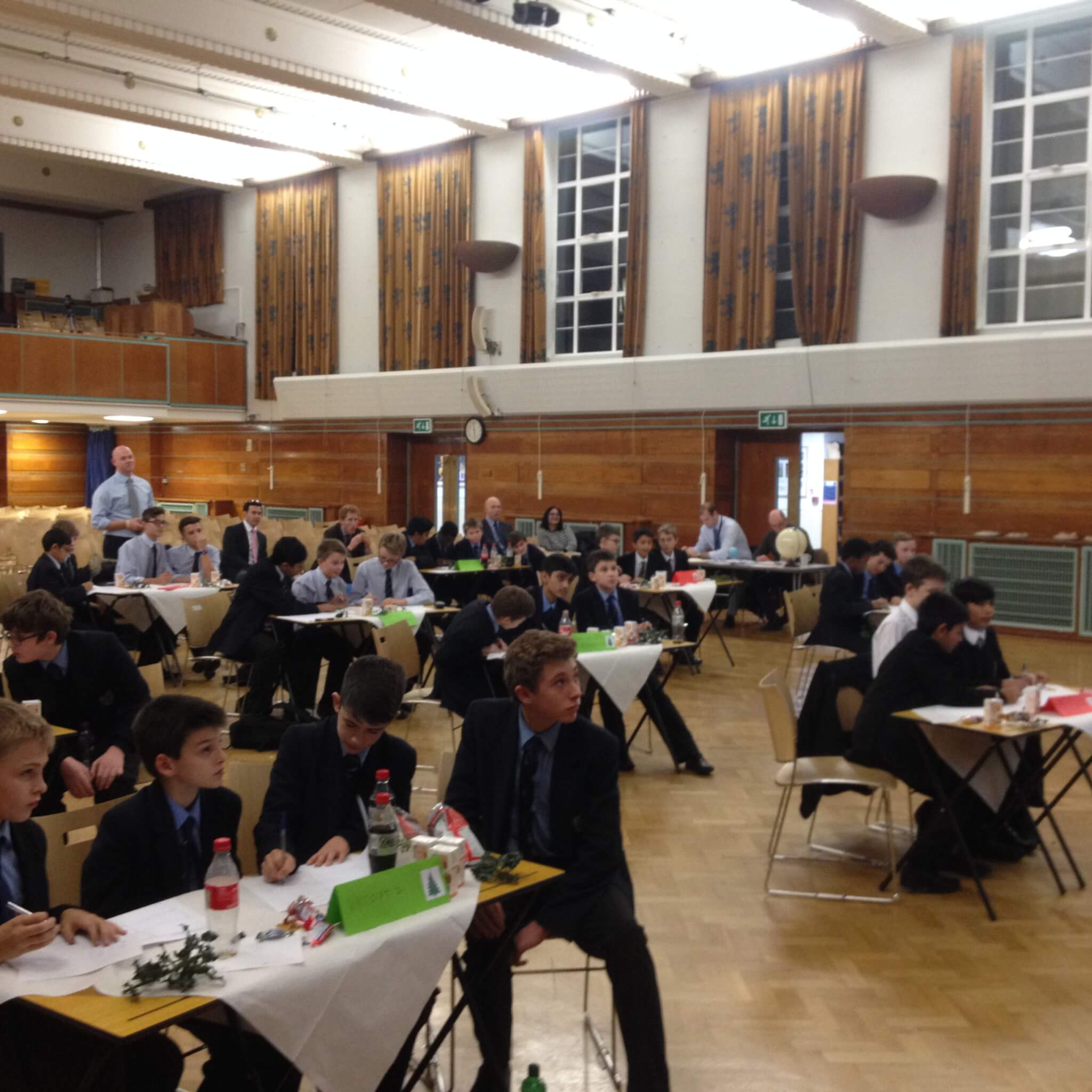 Each school entered at least two teams, with Hampton performing well to be awarded first and third place out of 12 teams. The performance of the winning team was particularly impressive as it was made up entirely of First Years. Special congratulations should therefore go to Oliver Pulfrey-Baker (1L), Roman Feron-Clark (1H) and Quentin Duff (1H), as well as Ollie Nixon (3C), Rishi Patel (1H) and Nayaaz Hashim (1H), who finished third in the quiz.

The questions were written by the GA and were very challenging. There was a GIS round and other rounds involving map work, capital cities, and famous landmarks and the boys performed well.

The quiz was a great way to round off another successful term as the GA branch for South West London. Hampton has now been the local area branch for 2.5 years, hosting 10 lectures and two competitive events. There are two more lectures for the remainder of this academic year for our Sixth Form Geographers, one of which is Old Hamptonian Dr Neil Arnold from the Scott Polar Research Institute, Cambridge University, on Tuesday 19 January.