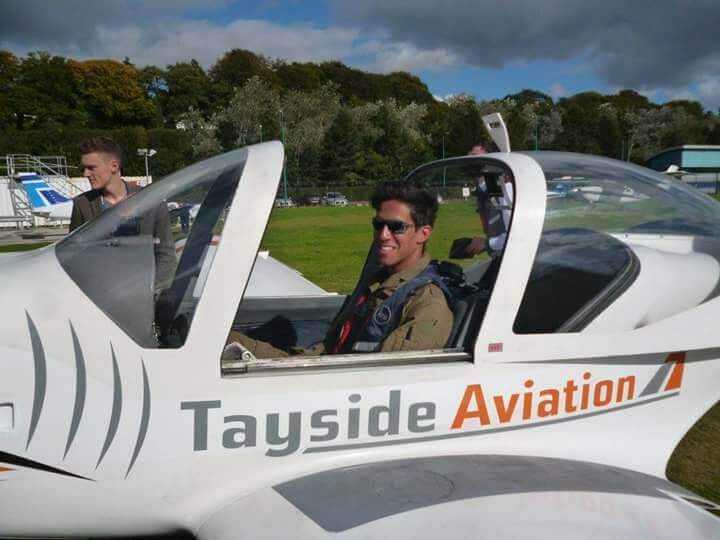 Danny Raveendren-Lara who left Hampton this year, participated in the RAF pilot scheme in Dundee, Scotland.

On completing the 12 hour course, Danny scored 96% in the theory exam, allowing him to pilot a plane solo.

Danny says it was an unforgettable experience:

“The number of feelings that I went through when I landed from my first solo flight is almost indescribable.   I promise you this: it’s only once you’ve taken off and stare at the runway from 1000ft above ground that you realise that somehow you have to land this thing, and that perhaps this wasn’t the best idea after all.

Despite this it was an incredible experience and I highly recommend it to others – after all, how many people can claim to have flown a plane solo before sitting behind the wheel of a car?”

Head of the RAF section of the Combined Cadet Force at Hampton School, Mr Philip Coleman, had no doubts about Danny’s potential:

“It was no surprise that Danny was successful in the prestigious RAF Air Cadet Pilot Scheme Award – despite only a small number being presented each year. He has always had a very keen interest in gliding and flying – in fact all things aeronautical! Many congratulations to Danny on successfully completing the course and we wish you every success with your future studies in Aeronautical Engineering.”