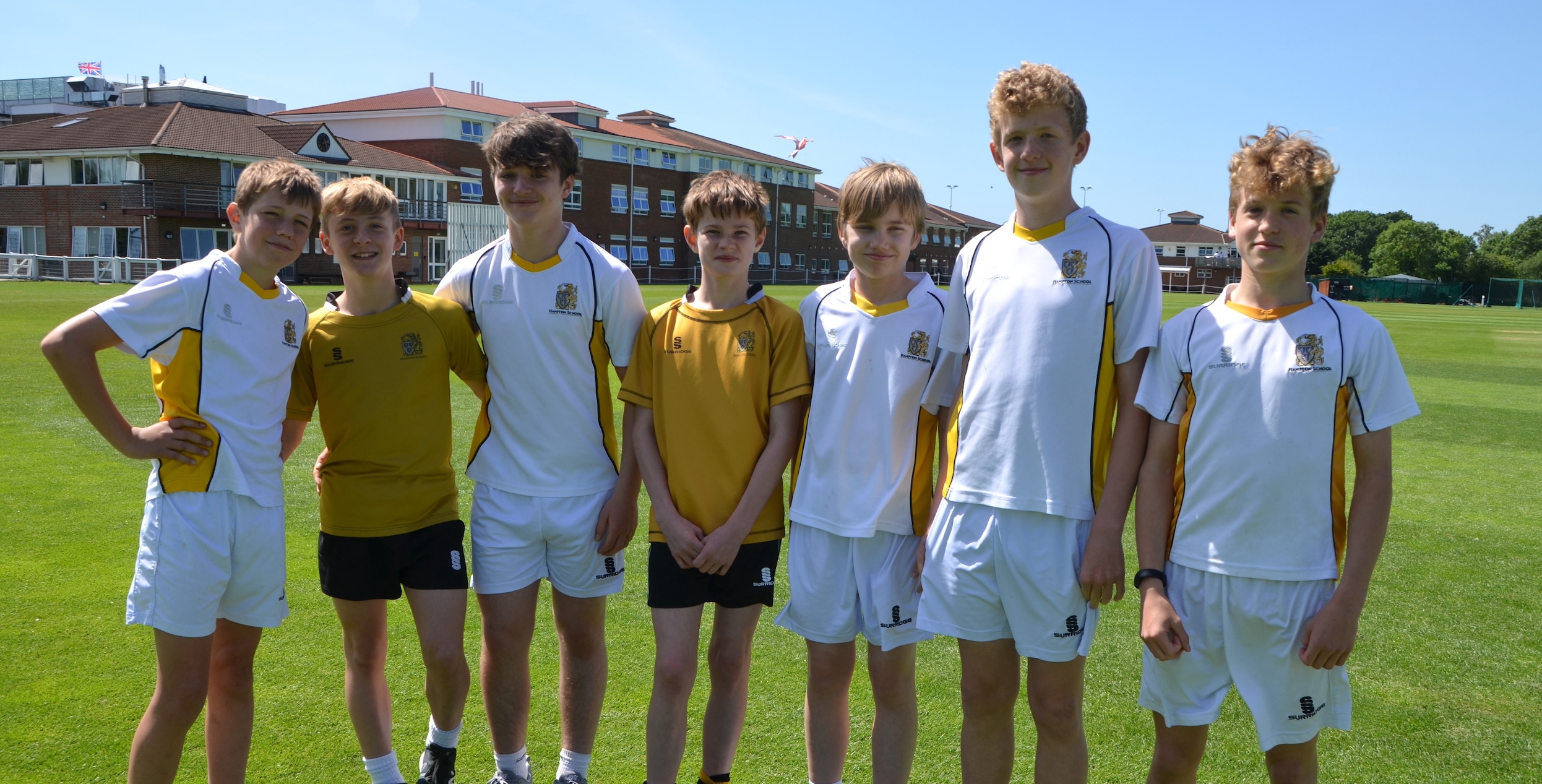 Wow hasn’t this year flown by; there is unbelievably now only four weeks left of your Second Year at Hampton, and before you know it you will be starting in the Third Year!! This half term is set to be packed with some final interform events and a number of exciting trips. To everyone heading off on the Portland Climbing Trip today, we hope you have a great time and look forward to hearing all about it next week!

After a not so long half term (two weeks would have been nice) and completing our summer assessments we are back at School, and now it is time for the worst part … the results! However, the Hamptonians should be proud of their efforts, and now that the assessments are over, this final term is going to be a lot more fun but remember that you are still in lessons and you still must focus! We have many trips to be excited for, such as the Geography and RS trips. And of course, the summer holidays! By Lucas (2P)

As promised; a comprehensive review of the inter-form athletics event that took place before half-term! Thank you to Harry (2H) for his brilliant live reporting!

After the, quite frankly, abysmal weather on our first sport session and all the stress of revision, we’ve finally got a satisfying end to our assessments. In my opinion, the most enjoyable event in the School calendar. Interform athletics.

I didn’t manage to catch the shot put event. Sorry to everyone who competed and wanted to get a shout out. But, as the rest of the competition begins, you can really feel the atmosphere of this event. Bubbly. Lively. Majestic.

And I’m able to just about catch the end of the shot put. Smiles all round as the results come out.

And that’s what Interform athletics is all about.

The first races. Hurdles. The cheering is at an all time high.

All the races are flooding in now. All the while, the field events are getting ready.

All among the raucous, the long jump is underway. Full swing as the 100 meters are starting. First few heats are over.

Just after his last attempt at long jump, I interviewed Joe P (2H)

How do you feel about Interform as a whole?

I think it’s great. I like the competition and the anticipation, it’s great.

Suddenly, we’re cut off by the hundred metre sprint, and the cheering that goes with it.

How are you feeling about today?

I totally agree with you. All that stress, it’s nice to get a break, isn’t it?

Thanks for your time Joe.

I may or may not have literally gone out on the first bar… we don’t talk about that.

Something slightly less humiliating to talk about. An interview? That seems like a good idea. As the 200 metres finished up, I interviewed Mrs Owen.

How important is it to get this break after exams?

I think we’re really lucky this year to have the athletics at the end of the assessments, a bit of a celebration on finishing the week

What are your thoughts on this event as a whole?

I really enjoy it. I think it’s a really good way for pupils to contribute as a whole. Everyone gets their chance to shine.

What’s your favourite event to watch?

I like the hurdles because I’m so impressed by how everyone can go so fast without smashing into them.

Finally, how are you sport wise?

I am sporty, but I’m not very good at any particular team sport. I prefer to do my exercise on my own.

Thanks for your time.

We’re nearing the end of the event, and coming up is the almost ceremonial relay. In my opinion, the best event of them all. Also, probably my worst. All the baton passes…

And that’s it! The B team heat over for the relay. Well done to 2J only the A relay left. And that goes to… 2W!

The sun’s out. Everybody’s having a good time.

It’s hard to think we just have had a whole week of assessments.

The rowers continue to develop their skills on the Thames. We managed to get out four Octuple Sculls (eight boys and a steersman or cox) on the water and all the crews rowed significantly further than in the last session. We were able to do some strokes with the whole crew rowing together without getting too unbalanced.

By way of contrast, we also put eleven brave volunteers in single sculls, which they discovered are very tippy compared to the Octos. We picked a warm, calm day for this which was a good idea as eight of them managed an early bath! In between the impromptu swimming sessions the boys learned a lot of skills and we were impressed how many wanted to get straight back into their boat after falling in.

Last Monday was the deadline for handing in the optional HELP (Hampton Extended Learning Programme) projects, completed by Second Years up to the Sixth Form, which we have been working on for the last couple of months. HELP is a great opportunity to learn more about a subject, outside of the curriculum, you’re passionate about and to complete an extended project – which could be in the form of an essay or another creative work – detailing what you have learnt. After we identified a subject we were interested in, we had to find a supervisor to HELP us to complete our project on topics ranging from the history of video games, to the history of PCR tests, and Christianity in Nazi Germany. We now have the chance to present our project, and what we found most fascinating, to our classmates. I thoroughly enjoyed HELP because it was an opportunity to learn more about a subject that I really loved and I would definitely recommend completing one. By Joshua (2J)

Welcome to the Weekly Questions! Every week, we’ll post ten general knowledge questions, and, if you have a go, you can be awarded a merit if you send your answers to Miss Kugele (r.kugele@hamptonschool.org.uk)! This week’s questions have been set by Ben (2J) and Akshat (2J)