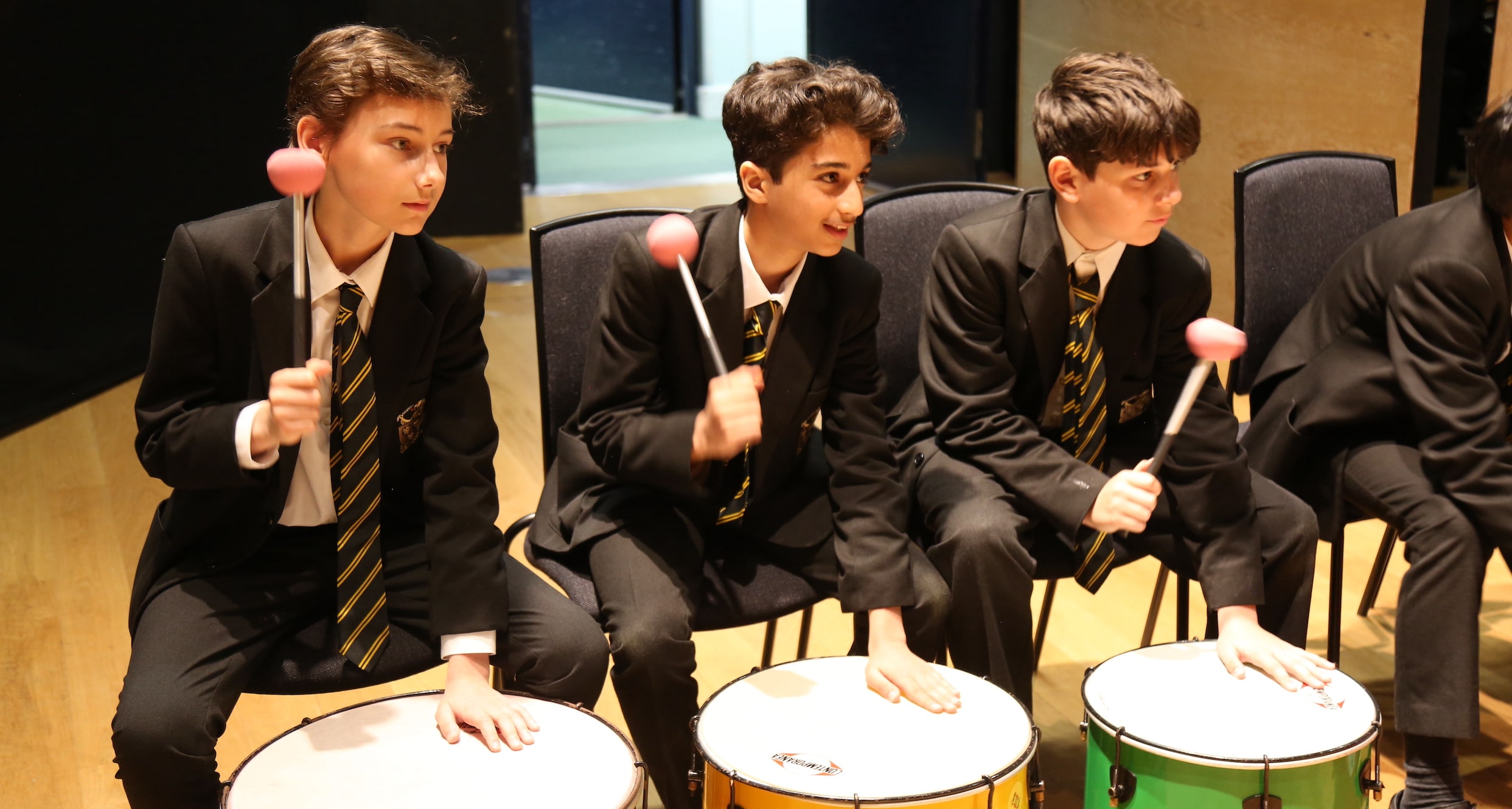 There has been lots for the boys to get excited about this week, with the annual arrival of the Hampton ducklings in the Cloisters! It has been lovely to see lots of boys coming to the Cloisters at break and lunch (and even on the way to lessons!) to take a look at the mother duck and her family of 12 ducklings. They will stay at Hampton until they are a little older, and will eventually be guided out to their more permanent home, on the stream at the back of the School fields.

The First Years have also took part in an exciting Brazilian Samba drumming workshop this week (more on this below!) as part of their Music curriculum. With a couple of weeks to go before assessment week, the homework schedule is now being used for revision, to allow everyone time to prepare for their assessments. While pupils should be using this time to consolidate their knowledge and complete revision activities, it is important that Hamptonians still have time for rest, recreation and plenty of sleep, so they can start their assessments in the best frame of mind.

There are plenty of clubs for First Years to try out at lunchtime – take a look at the list below and see if there’s something new you’d like to have a go at!

This week, the finalists for Project Explore had an opportunity to present their projects during lunchtime to Dr Hendry and the First Year team. The quality of entries was fantastic, and ranged from essays on historical topics to pieces of music inspired by local landmarks and a working volcano! Congratulations to winner Dean F (1F), and the two runners-up, Huw P (1B) and Theo L (1B). Well done to all the finalists and entrants on some amazing work! 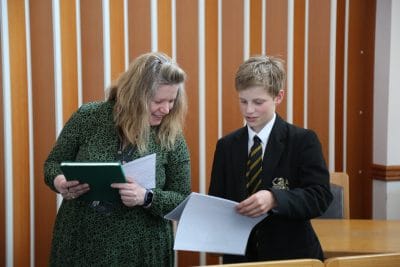 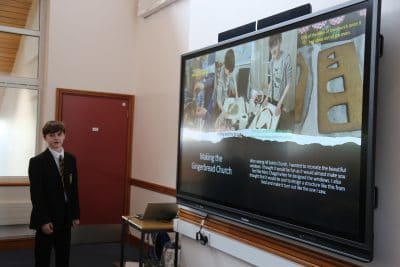 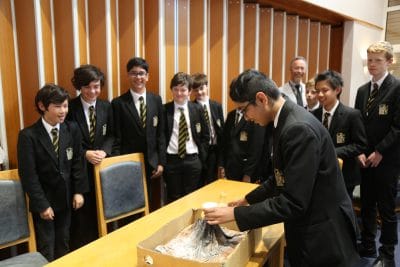 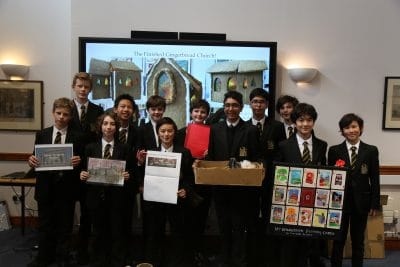 Earlier this week, each First Year form took part in a Brazilian Samba Drumming workshop, as part of their Music curriculum. 1L report on what they got up to:

On Tuesday, avery First Year had the amazing opportunity to learn the basics of samba drumming and other instruments native to Brazil. It started when we all sat down in front of an instrument. Some of these were big samba drums, and others were like cowbells, but whatever we got, we were very excited to start learning our instrument. Our instructor told us a bit about each instrument, and about the carnivals that the instruments were used in. This was very interesting to learn about, and everyone was even more excited to get started. After this, we began.

First, the big samba drums were given a rhythm, and were told to repeat it. Everyone else would clap along to the rhythm to understand the beat. Then the next group of people, (they were playing the surdo) were given a rhythm, and then they put that together with the samba drums. After this, the next group, played their instrument, the agogo, with the other two instruments (the agogo is very similar to the cow bells). At this point, everyone could hear the music come together, and everyone was desperate to have their go. The next instrument was the Ganza, which was two metal cylinders that when you shook them, they made a rattling sound. This was added to the mix, and the music filled the room, and sounded amazing. Finally, there were the tambourines. After learning their part of the music, and practising for a bit, they added the orchestra of instruments, and the music was complete. It sounded amazing, each harmony filling the room with superb music. It was a great experience, and I thank the teachers for making this possible. By Kai W

On Tuesday 12 May, my class and I had the privilege of experiencing a fantastic music workshop, led by a magnificent musician called Raul. During this forty minute period, we had the opportunity to play the tambourine, the maraca and a range of other interesting instruments. When we first arrived, we had never even seen most of the instruments that were there, however by the end of the session we were all playing a carnival style piece in unison. I enjoyed learning about Brazil and all the different elements of its musical culture. By Zen N

Take a look at the video below to get a flavour of this week’s music workshop:

A huge thank you to the Hampton School Music Society for funding this wonderful workshop for our First Year pupils.

This week, saw the start of Gardening Club, just in time for the sunny weather! Ollie N (1F) tells us more about it:

Yesterday, Gardening Club was held, and I was really excited to have an outdoor club that was very relaxing and self-rewarding. I really enjoyed clearing the area and putting new, fresh compost and soil to make a new patch for growing plants that smell nice! Overall, I love the enthusiasm of the staff and other pupils and hope that this short message will inspire other First Years (or older years too!) to join one of the most relaxing clubs at Hampton. 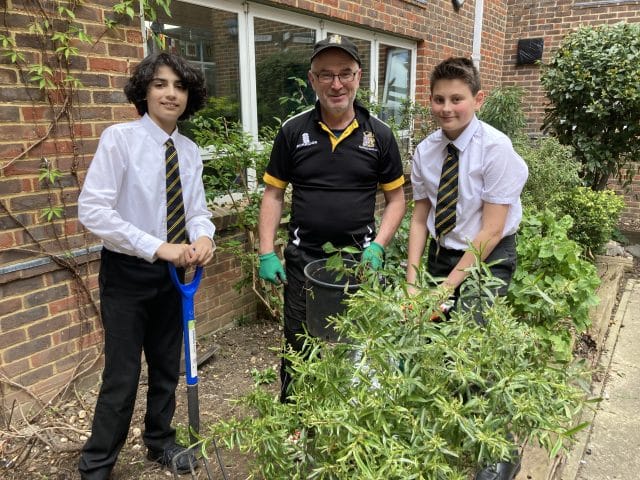 The First Years have been getting stuck into their summer sports options. Alex L (1J) tells us a little more about Tennis which takes place during Games sessions.

I think that Tennis is a great sport that is played globally, There are many different shots that you play in different positions. Despite the fact that there are about 40 people in six tennis courts, there is still enough court time for everyone. My favourite part in the session is when we play champions and challengers doubles, usually closer to the end of the double period. The rules are simple: normal doubles matches that are best of three and the champions are defending their position, staying on until they lose whilst the challengers are lined up in a queue against the fence (to make sure that nobody gets hurt.) If the challengers win, then they become the champions and the previous champions go to the back of the line. Overall, Tennis is a great sport to choose in the summer, if you aren’t doing it this year then you can try it next year.

Where and when is it run?

What do you do in Geography Club?

In Geography Club, we do quizzes on geographical topics such as flags to practise your knowledge.

I like it because it is a great way to test your knowledge whilst having fun with your friends. 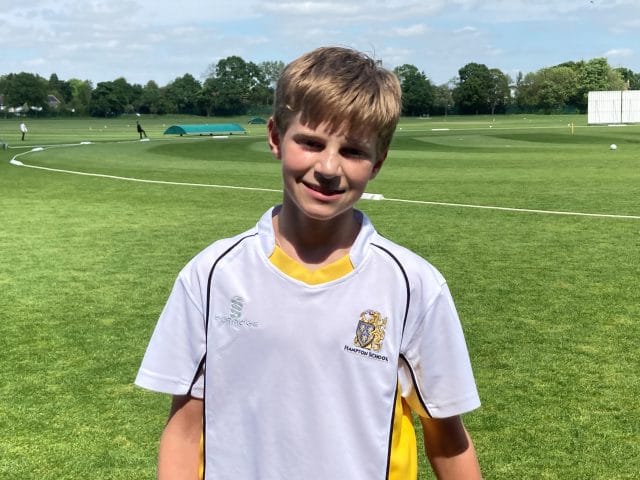 This week’s Tutee of the Week is Alex C (1L). Alex’s hardworking and positive attitude, and his kindness towards his peers have really impressed his Form Tutor. Well done, Alex!