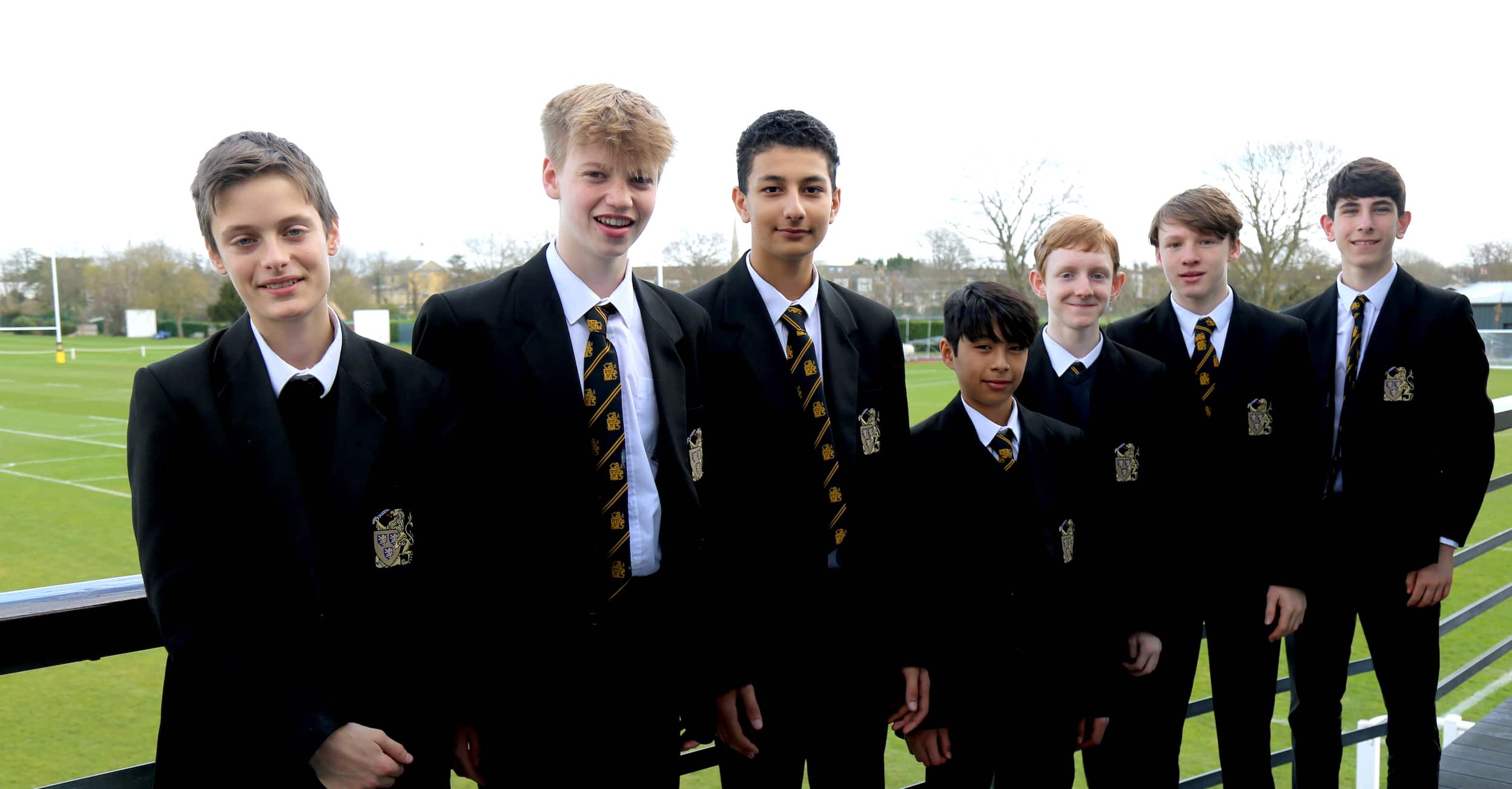 I hope that all Third Years have had a good week this week and that the ever-increasing daylight hours have added a spring to your step. This week’s main event was Tuesday’s Third Year Science Day, which saw some boys in the Third Year collaborate with gifted and talented students from local partner schools during some extremely interesting lessons delivered by our very own Science Department. Thursday saw half of the year group attend their Relationships & Sex Education morning, where they learnt about topics such as consent and the first time. This week has also seen plenty of passionate debate throughout the year group trying to answer the age-old question: are there more wheels or doors in the world? I still haven’t decided if I’m camp doors or camp wheels yet…

This week’s special shout outs to members of the year group go to the following:

I hope everyone has a great weekend ahead, and before you read the rest of the blog, I’d like to share with you a news story that you may have missed this week – one that is a positive story in what is very challenging times for some. Whilst Hamptonians were wearing mufti to raise funds and awareness for the ongoing situation in Ukraine, thousands of people worldwide were providing financial support in a different way.  Recently, people have been booking AirBNBs in Ukraine in order to provide direct financial support to those living in the war, and the subsequent 61,000 bookings have meant that $2 million dollars has gone directly to the Ukrainian hosts.  A great reminder of the human capacity for kindness!

We were really pleased with the way pupils in Forms 3A-3D participated sensitively and maturely in the Relationships & Sex Education morning on Thursday. We hope that 3E-3J will maintain this sensible approach when it is their turn next week.

We are looking forward to hosting Third Year parents at the Study Skills Event on Tuesday evening. All those who successfully applied for a place were sent a confirmation email earlier this week.  We will be circulating the information and materials used in presentations and workshop sessions to all Third Year parents following the event.

Looking further ahead next week, we hope that Third Year musicians are looking forward to taking part in the one hour Music Workshops on Friday.

Face coverings are no longer required to be worn by pupils in school or on school coaches, although all members of the school community are welcome to wear one if they prefer.

We would advise that boys take a PCR test if they have symptoms of Covid-19 (a raised temperature; a new persistent cough; a change in sense of taste or smell), and continue to follow the isolation guidance if they receive a positive PCR test.

Positive PCR test results should be reported to the School using the Firefly form here.  Once received, arrangements will be made for your son to join lessons online and complete work from home if he is feeling well enough to do so.

For medical absences, please notify your son’s Form Tutors via email (cc’ing absence@hamptonschool.org.uk) on the morning of each day of absence by 8:45am.

For planned absences and appointments, please contact Heads of Year requesting the absence with as much notice as possible.

Last weekend the U14 Sevens team travelled up to the Midlands to play in the Warwick 7s tournament, which attracts many of the strongest rugby schools from around the country. We started with two tense draws against tough opponents of The King’s School, Worcester and RGS High Wycombe.  In our final group match, we completely dominated and won 60-5 against Portsmouth Grammar, with Omar K scoring five tries!  In the quarter final we came up against Kirkham Grammar, battling hard as a team and coming up as victors in a 25-5 win.  In the semi-final we were drawn against The King’s School, Macclesfield and knew it was going to be a difficult game.  Unfortunately we lost by 25-5 and we were disappointed to not make the final, but reaching the semi-finals in such a prestigious tournament was a great achievement by the team.

Recently I raced in the National Cross-Country Championships; it was a very popular event with over 400 people racing in my race. The beginning of the race was tough, with the course starting with a long and steady hill, making it a tiring start. I think I ran quite well throughout the race, but the difficulty of the course made it one of the hardest races I have ever done. The race was taking place in Parliament Hill and so the course was extremely hilly throughout. At the end of the race, I placed 300th, which I am quite pleased with considering I was racing with some of the best runners in the country, most of which were a year older than me. The race was a great experience, and even though I didn’t place very highly, it was a fun event to be part of with so many excellent runners racing.

Below is a photo of the Third Year Rowers taken by Mr Saul, great to see you all enjoying the spectacular conditions on the water this week! 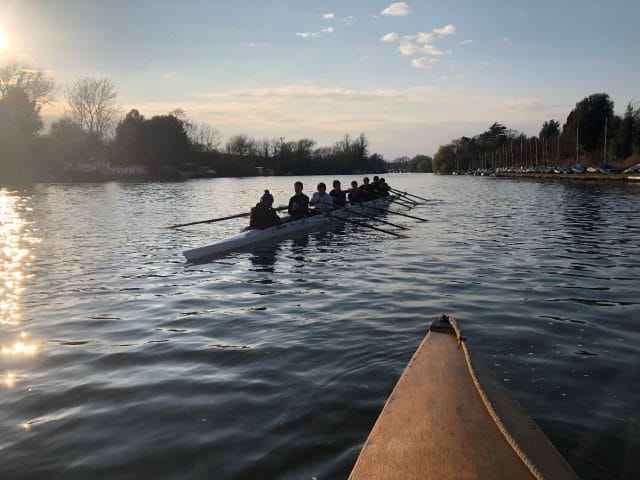 This week saw the last rotation of the 13+ brunches that have been taking place over the course of this academic year.  The brunches have given all of the new Third Year joiners a chance to sit down with Mr Woods, Miss Smith and Mr Rigby and reflect on their time at Hampton so far.  This is an important exercise where the Third Year team can hear all about how the boys have settled in and any subsequent feedback that they might have…all while enjoying the infamous snack and beverage selection!  Here are some of the quotes of how the 13+ joiners have found the experience:

“I enjoyed feeling involved in the School, and it was great to get some extra food!”

“I enjoyed understanding how the School ran and talking about how they have helped me settle in. But the best part was the hot chocolate and bacon bap!”

The ISSP Science Day took place this week, and gave pupils from Hampton and schools in the local area the opportunity to work collaboratively and explore their passion for science together.  Eight members of the Third Year were involved, along with 48 other students from LEH, Hampton High, Tolworth Girls’, Orleans Park, Teddington and Reach Academy. During the day, the aspiring scientists enjoyed three double lessons in each Biology, Chmistry and Physics where they explored concepts beyond the curriculum. In addition to this, they carried out experiments looking at exothermic and endothermic changes, the concept of upthrust and the role of enzymes.  A great day was had by all; the pupils were able to further their understanding of science whilst also interacting with peers from different schools. 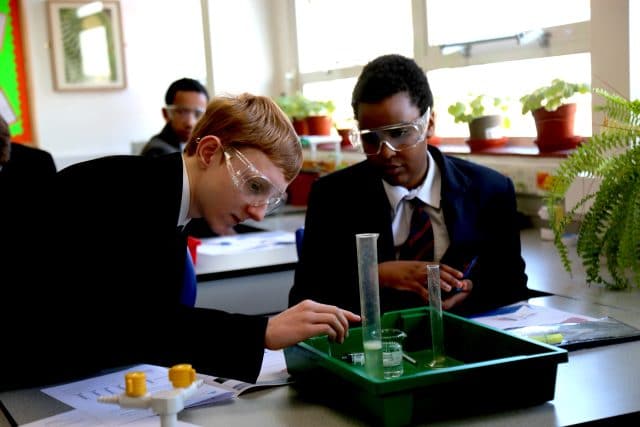 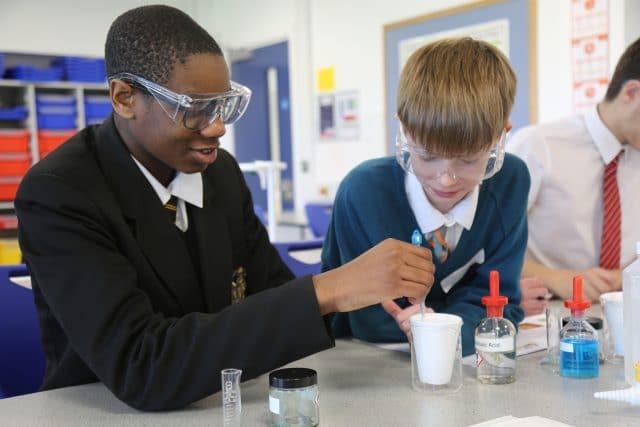 This week saw the Hampton community mark International Women’s Day, and celebrate just some of the inspirational women who have made an impact on our lives:

There is still time to crack the Treasure Hunt Challenge from last week.  Answers can be submitted below in the box below.

3G are champions once again, taking the crown back from 3J!

Another tricky one this week, have a go over the weekend and see if you can spot the connection:

Which planet was demoted to a “dwarf planet in 2006”? Pluto

What flower often found in fields, is commonly chained together to form garlands? Daisy

Who was elected as the 45th President of the United States? Donald Trump

Which actor played the part of Whiplash in Iron Man 2? Mickey Rourke