This week, the First Years have been their usual busy selves, with some exciting visitors to Biology Club (more below!), and lots of clubs to visit if they tired of the 3G. This Thursday, the whole school paused to commemorate Holocaust Memorial Day. The boys watched a thought-provoking video put together by the school’s Genocide 80Twenty group, who had researched the lives and fates of a group of Jewish children in Herne, Germany. The First Years then spent some time exploring the life of one survivor, Gunter, and writing letters to him in the USA.

This week, Biology Club had some additional visitors! Mr Hunt, one of Hampton’s groundstaff, brought in his snake collection, including some beautiful ball pythons. By the look of it, the boys had a ssssuper time, though it was a bit of a ‘squeeze’ to get all the boys in the lab! Isaac H(1J) tells us more:

Mr Hunt, one of the Hampton School Groundsmen, told us all about his collection of ball python snakes and even brought some in for us to have a closer look at. He explained that they’re not poisonous and never bite. We got to hold a lots of different ball pythons, they were different colours and sizes. They were very calm and definitely didn’t bite! They felt scaly, soft and squishy and were very warm. It was my first time at Biology Club and I would definitely go again.

Take a look at the video below to see how the boys enjoyed handling the fascinating snakes:

Take a look at some more of the photos from this week’s Biology Club here.

This week, in a throwback to December (it feels like so long ago!), Alex L (1J) reminisces about the Christmas Concert, in which the First Years performed two numbers:

Most people arrived at 6:45 pm in the Sports Hall – as needed. Whilst we were waiting for the first half of the concert to finish the teachers decided to do a festive quiz. This quiz didn’t go on for long, as soon it was time to go on stage and sing two joyful songs. The audience smiled as we sang bringing the atmosphere a few weeks forward to Christmas itself. Finally, we finished and went into the Lecture Theatre to watch a movie. We also were given delicious snacks which were: a Freddo chocolate bar and raspberry juice. The funny and enjoyable movie was sadly finishing as parents were piling up outside the door, waiting to pick us up. Just like that everyone stepped into the open with the Christmas spirit in their hearts.

I entered the sports hall at six forty-five

This was the time for most people to arrive

Teachers told us that a quiz is about to begin

My form and I really wanted to win

When we were told to go on stage

Our audience felt the opposite of rage

Finally when we began to sing

Eventually when we sang the last words

The enormous room echoed with applause

We walked to the lecture theatre to watch a movie

With a freddo and raspberry juice that tasted like a smoothie

Eventually, the movie was coming to an end

The parents waited just around the bend

As I exited the territory of school

I remembered one thing: that it was very cool

Two great match reports on HSC this week from some of our budding sports journalists. Rufus L tells us about a 4-3 victory for the U12A team against Dulwich College here and Josh M-J reports on a tight encounter for the U12D team here. 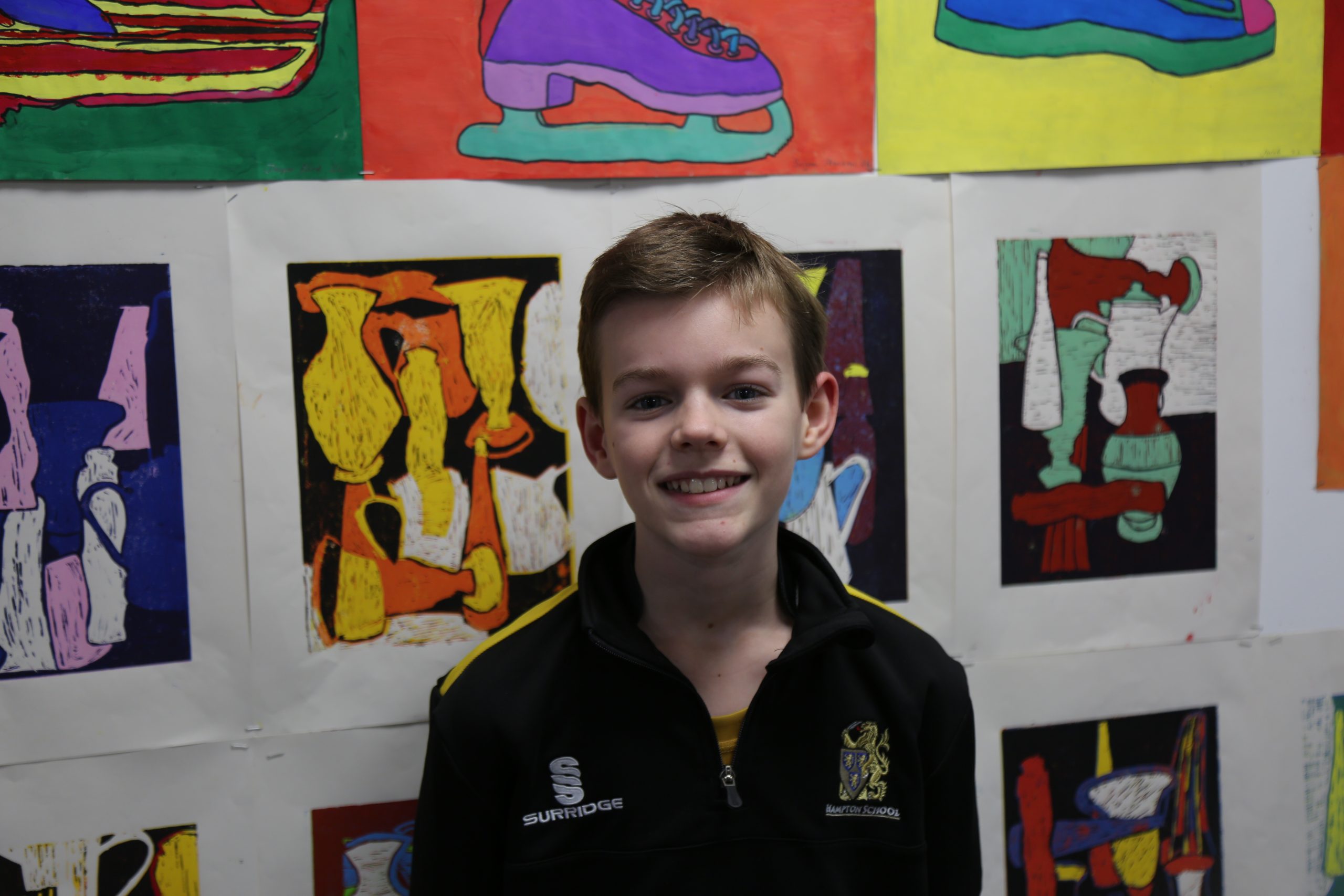 This week’s Tutee of the Week is Thomas D (1H). Thomas’s proactive attitude and helpfulness towards others have really impressed his teachers. Well done, Thomas!

Danai T (1J) has recently been selected to play viola in the National Children’s Orchestra of Great Britain. Danai has already had musical success, singing in the National Boys’ Choir, and to have a place in a second national ensemble is a great achievement. Well done, Danai! 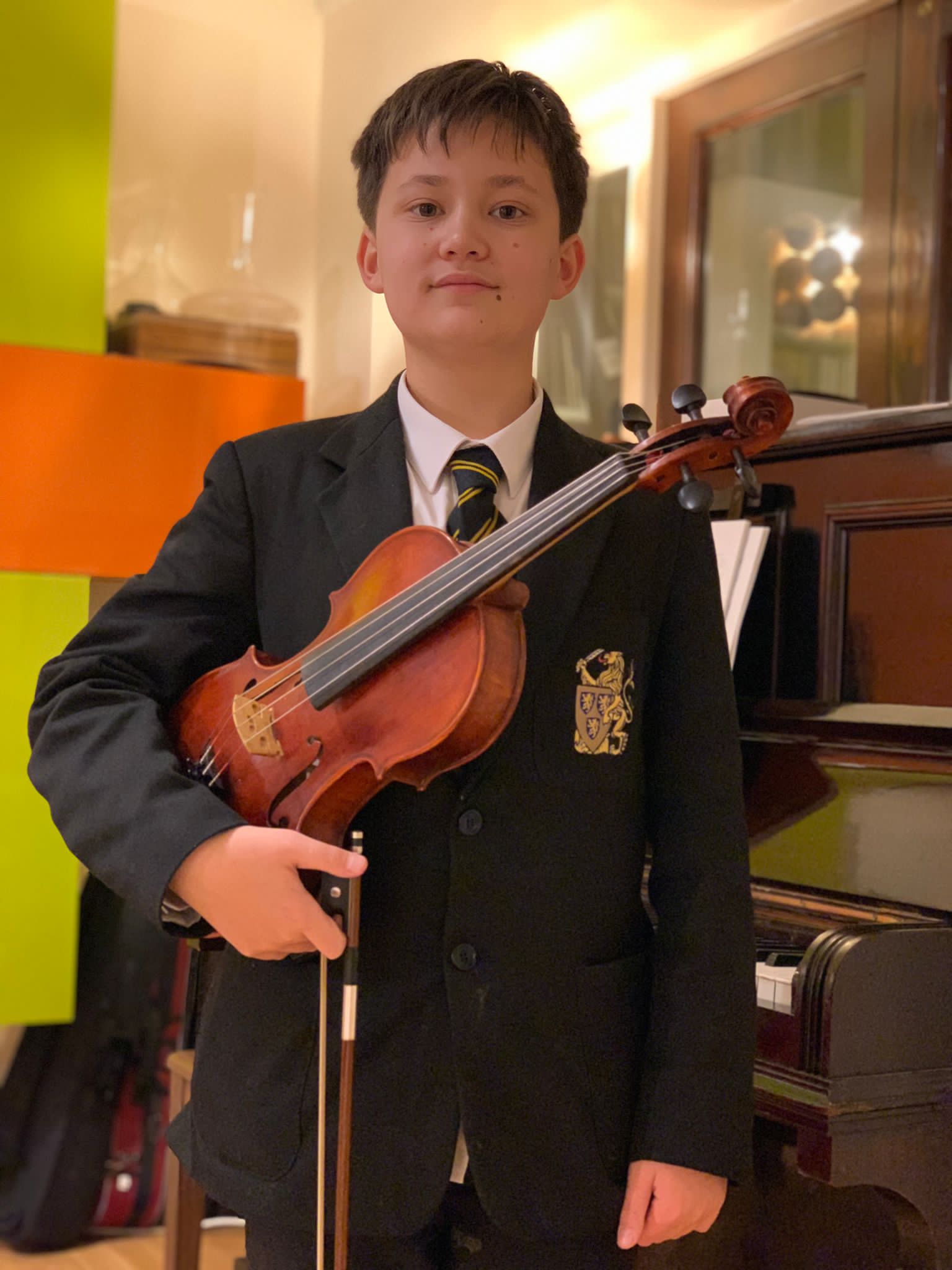 We had an impressive 22 entries for this week’s First Year 5 Questions. 1L are this week’s champions with five entries! Well done to everyone who entered!