Another fun-packed week for our Second Years. Well done to everyone that took part in the exciting Faraday Challenge, and our successful cross-country runners! This year’s Form Charities were announced, and a number of Forms are getting ready to run their charity events next week!

Joshua Ripon – 50 (Congratulations – Off to see Mr Knibbs for this certificate!)

Our weekly interviews, are a great opportunity for you to find out a little bit more about your Tutors! So, thank you to Joshua and Ben (2J) who interviewed Miss Tiller; Drama Teacher and one half of 2J’s Tutor team!

What inspired you to become a Drama teacher and Form Tutor and what is your favourite thing about being a teacher? 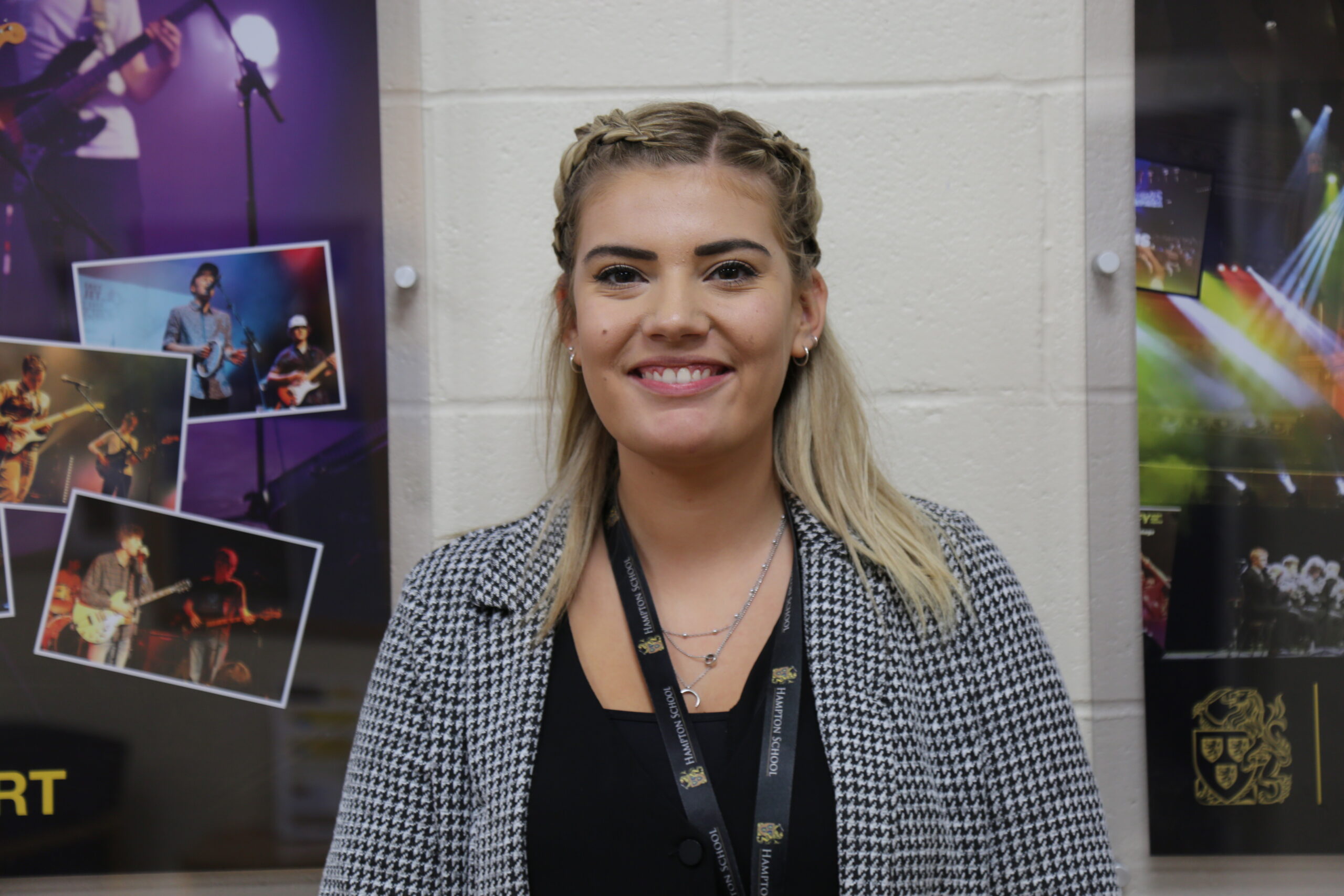 I played “Teacher” when I was younger and I used to register my toys daily from the age of 3. I love being a Drama teacher and a Form Tutor. I am endlessly entertained by the performances that pupils can come up. Every single day is different.

If you had to teach one subject that wasn’t Drama, what would it be?

I used to be an English teacher. My speciality is language and linguistics. I do enjoy teaching English, but I love Drama more!

What is your favourite part of Hampton School?

The Drama facilities are amazing, especially the Hammond Theatre. A day doesn’t go by without someone making me smile.

Who was your childhood hero?

What were your favourite subjects at school?

What are your hobbies?

Photography and travelling. I took a year out to travel around the world and I volunteered in three different countries. I work with two other charities outside of school and I am a youth support worker for young people. I also love video games; which people do not expect of me!

Potato. I have a rating system within that and roast potatoes are my favourite at the moment. Savoury is definitely better than sweet food!

And, finally, what would be your dream job?

I really do think that teaching Drama is my dream job. I did want to be a drama therapist, using drama as a tool to help people with various additional needs.

On Tuesday, 12 of us had a very special opportunity – to compete in the Faraday Challenge. The idea behind this is that we get a problem to solve, and make a prototype of our ideas. For example, in previous years it has been to design a new ride for Thorpe Park. The product we had to make was a prototype of something to go in a futuristic children’s hospital. The winner from each school would go to the final in Liverpool, and the winner from that would have their idea actually implemented into the hospital. 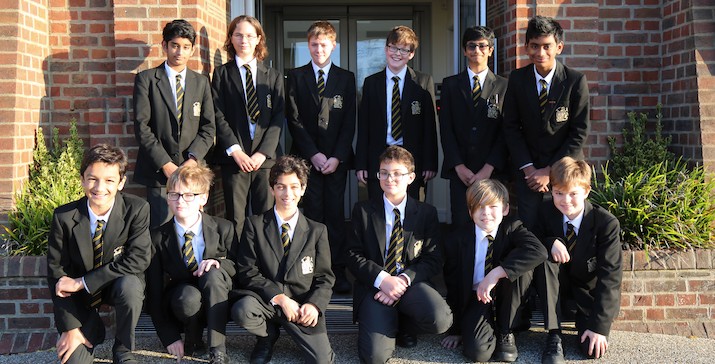 For example, my group made an electric wheelchair. It didn’t exactly work, but, to our credit, it travelled for about three consecutive seconds at one point! Other projects included star-shaped LED lights on a roof, a box that would alert the nurses if the child needed assistance and a flashing robot with a buzzer for a voice. Although our group didn’t win, I considered myself very lucky for managing to secure one of the spaces, and overall, I think it was a really fun experience.

On Monday the D’s, E’s and the recreational teams in football started playing a competition. It was the Euros! The teams were Denmark, England, France, Spain, Italy and Portugal. I was in the Denmark team and it was great fun. We were playing Italy. It didn’t start too well for us conceding three goals in the first 15 minutes from Arish(2P) but we fought hard to get the score line close, so at the end of the first half it was 3-2 to Italy. Italy quickly scored again by Arish(2P) and we scored in the last 5 minutes, and if it wasn’t for a great save from Cassian(2H), Italy’s goalkeeper, the match would have been equalised. Unfortunately, it didn’t go in our favour and lost the match 4-3. England and France played which finished 1-1 while Spain dominated against Portugal winning 3-0. It should be an exciting tournament and I thank the Hampton coaches for organising this tournament. By Aditya (2B)

The D team and below are doing the Euro leagues. I am Spain and we played Portugal. It was very equal for most of the game but once we scored the first goal it put their team under pressure. It was quite funny as our team was discussing tactics but their team had already kicked off! Luckily, we managed to survive and then I scored so we were 2-0 up. Later on we scored one more goal making the final score 3-0. It was a lot of fun and I’m so glad we are doing this tournament until December. By Aarush (2J)

Saint Cecilia was a Roman martyr living in the 3rd century CE. She is the Patron Saint of music and musicians, when she “sang in her heart to the Lord.” Musical compositions are dedicated to her, and the Saint Cecilia feast is held on the 22 November. And, so, Hampton School dedicates a concert to her annually, where Sixth Formers entertain students, parents and teachers alike. It was an opportunity to put on our black ties and evening gowns! The Hammond Theatre is transformed into a glamorous ballroom and guests were treated to a lovely meal. However, the best part of the evening, was most definitely the music, ranging from the piano to the cello, and from voice to the Flight of the Bumblebees on the marimba.

Thank you to the catering team, events team, theatre team, HSPA, the Hampton School Music Society and, of course, our musicians.  By Joshua (2J) 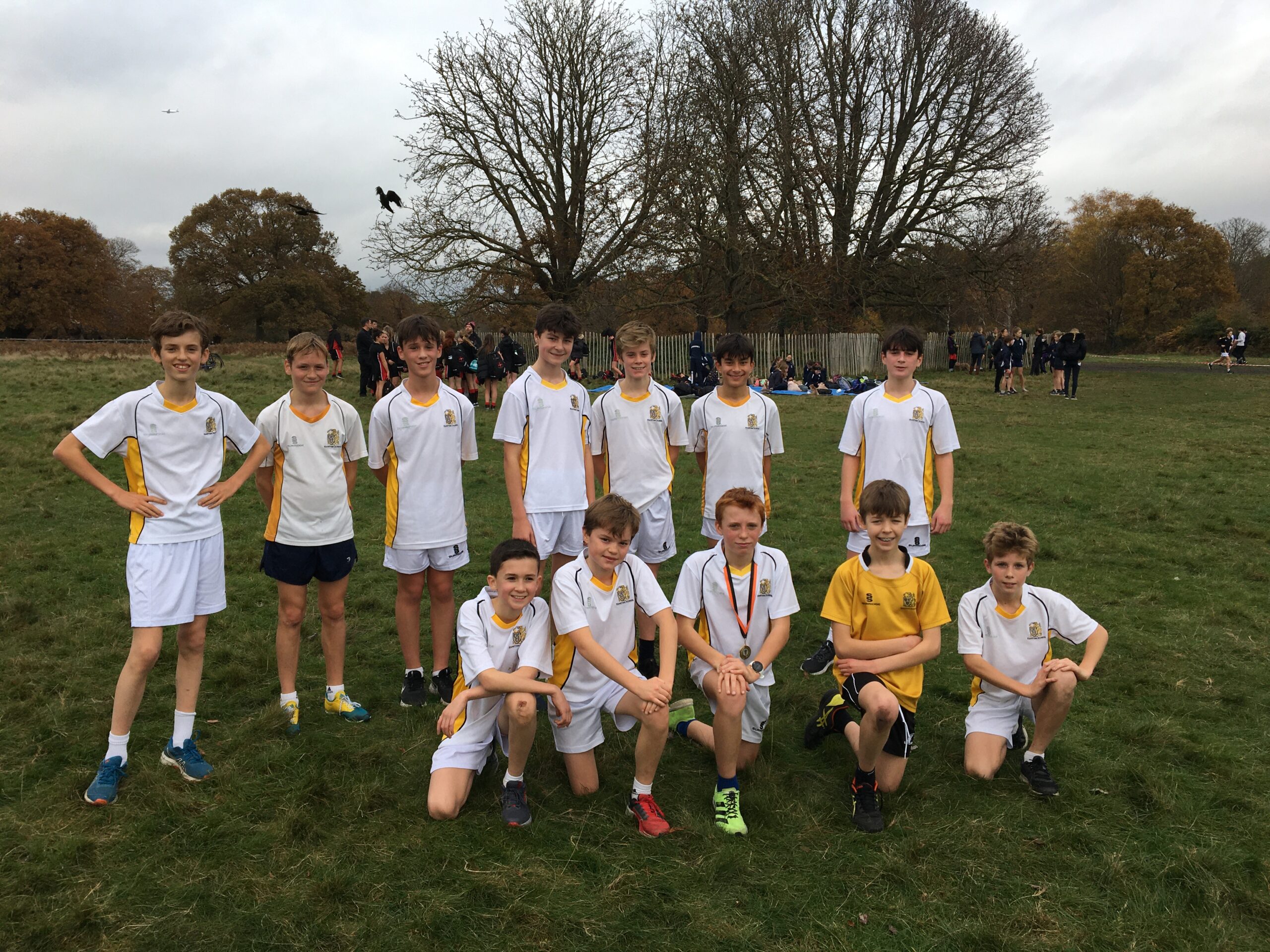 Take a look at this snapshot from the race with Marcus S (2B) crossing the line in first place!

In Biology this week we got to check our results from the experiment we did last week. Last week we were given a petri dish filled with Agar Jelly. Then we took some fluff from our blazer pocket and placed a fingerprint and waited a week. Then we checked our result and there was lots of fungus. It was really exciting and I can’t wait to continue the topic of microbiology. Aditya (2B)

In drama we are doing a play called ‘Blood Brothers’. The play is revolving around twin boys (Mickey and Edward) who are separated at birth and brought up in completely different environments in the city. The play, set in the 1960s, is divided into two acts, with songs throughout. The play was really interesting and outlines the difference between the upper- class and lower-class. Ameya (2J)

On Monday, the schools nominated charities were announced in assembly. Our international charity is Tree Aid, our National Charity is Neuroendocrine Cancer UK, and our local charity is The Max Windle Memorial Trust. Each Form is really looking forward to helping to raise as much money as possible for these amazing charities! Joshua (2B) 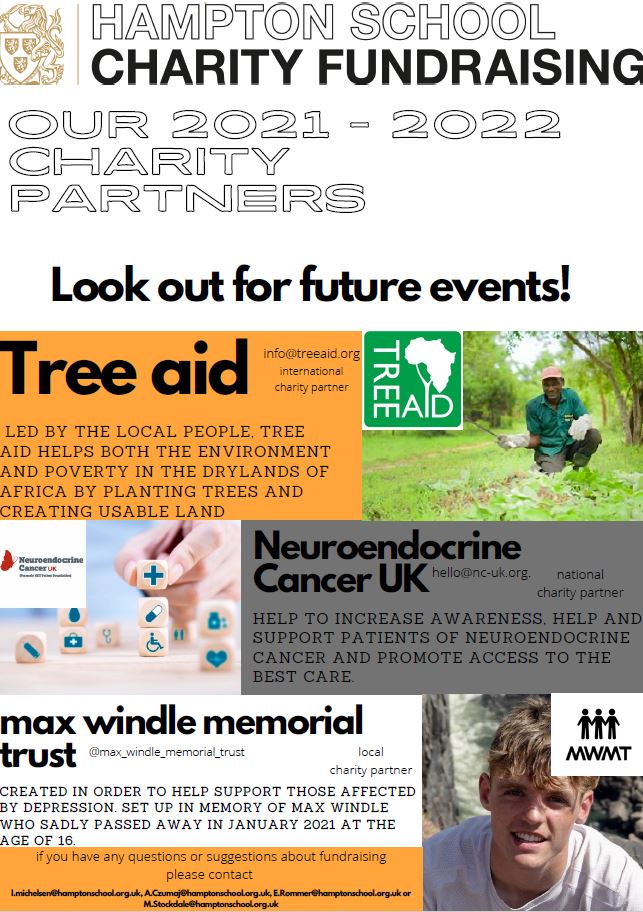 Thank you to Faris (2W) for sharing with us his long-awaited holiday to Pakistan!

I went to Pakistan (my home country) after three and a half years in the half term break, which was a long time (due to COVID-19) for me as I used to go every year. My maternal and paternal grandparents live there and so do most of my other family so it was very enjoyable when we were there seeing our family and getting bombarded with gifts. My grandparents on my father’s side have a habit of going way over the top when giving my sister and I presents and they demonstrated this again by buying two-hundred and forty packets of chocolate milk. My sister and I weren’t able to finish them even though our grandparents tried their best to make us drink one every ten minutes. They live in a rural city called Bahawalnagar which is not very modern so it was interesting to see how there were more motorbikes, rikshaws (a three wheeled vehicle) and donkeys on the road than cars. On the other hand, my grandparents on my mother’s side live in a city called Islamabad (Capital of Pakistan) which has considerably developed in the last few years which was exciting to see as now there are many luxurious shopping malls and cafes. We went to a coffee shop apparently known to be the best in the country for their mouth-watering desserts, especially their brownies. The weather was very warm reaching up to 30°C which was very pleasant compared to English weather. In conclusion my trip to Pakistan was one to remember with many great experiences such as trying traditional food (with my favourite being a sweet dish called gulab jamun), riding an electric bike, playing board games with my grandparents (with everyone focusing more on showing off their skills than actually trying to win the game), looking after baby goats and buying Pakistani clothes and footwear. I’m looking forward to my next trip (whenever that may be) already. 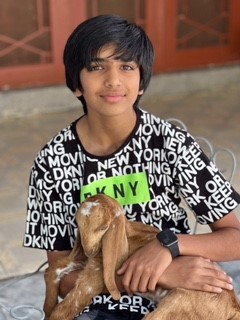 At the weekend, the Surrey Schools Ski Championships were held at Aldershot ski slope. Over 150 skiers competed in the race and Hampton was represented by two racers: Erik D (Third Year) and myself (Joshua Gaughan, Second Year). Lots of schools entered the race and it lasted the whole day. It was a great experience as we got to be involved in such a fun event.  Each competitor had two timed runs down the slalom course to set their fastest time. The fastest run that they completed was put towards the overall ranking. In our category, Erik finished 26th and I finished 11th. By Joshua Gaughan (2J).

Well done – what a great result! 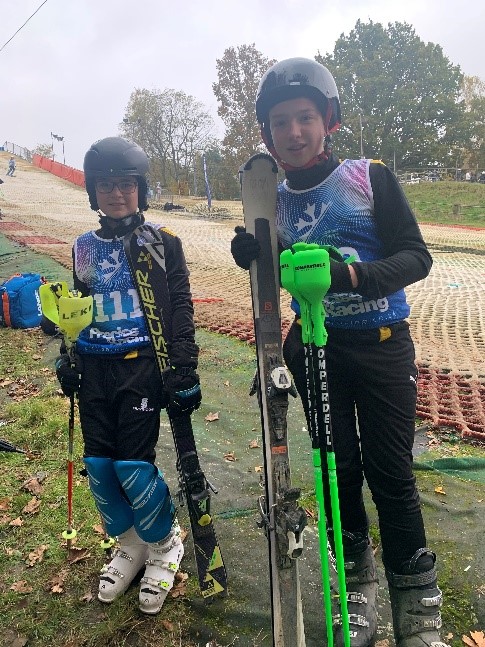 Thank you to Joshua (2B) for sharing with us these great photos that he took and then edited during a half term visit to Virginia Water. 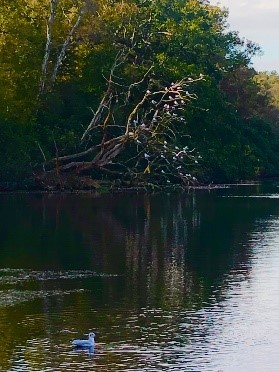 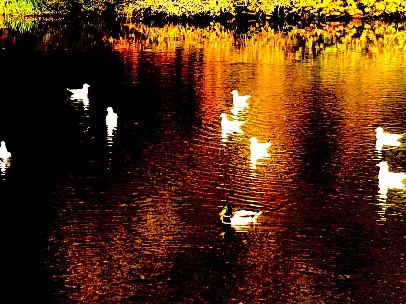 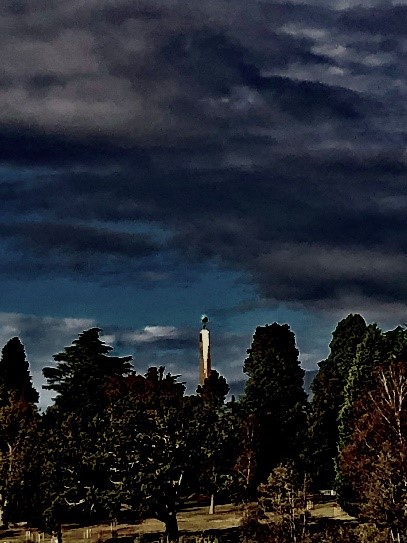 Why don’t you have a go too! Please send in your photos of local wildlife and we can share these in our weekly blog. 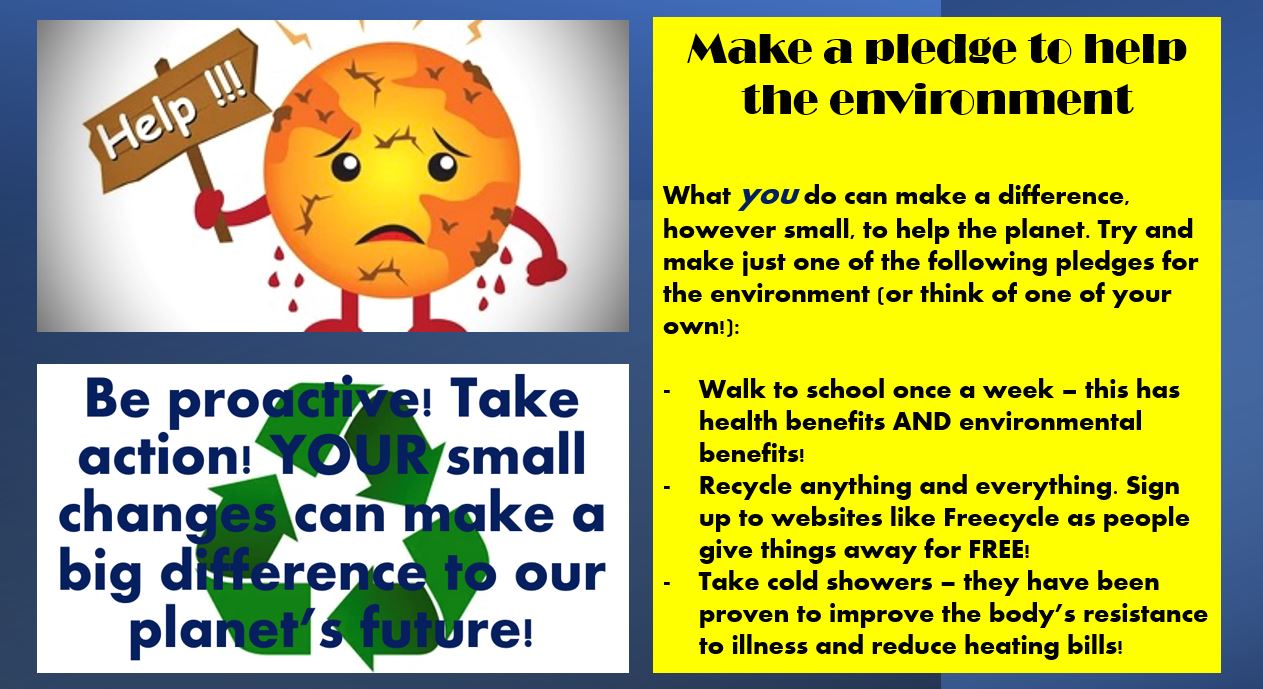 Here is the link to the pledge form, so get your thinking caps on this weekend and take a moment to make your pledge.The deadline for pledges has been extended until Monday. 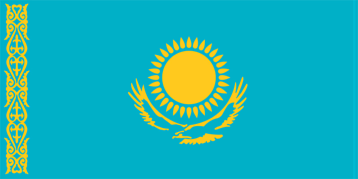