Welcome back to the boys for their final half term of First Year! We hope that the boys have had a relaxing and refreshing break. This week, the boys have been developing their debating skills (and vocal chords!) in their Oracy sessions during PSHE; they were able to put this to the test in discussing ideas to take to the Nutrition Council, and the subject of food naturally brought much debate! In their free time, the boys have been enjoying the glorious weather outdoors, which looks set to continue; remember to drink lots of water and bring suncream if you are going outside for a while!

At the end of last half term, 20 intrepid First Years headed off for a three day Coasteering Trip to Dorset. Lucas S-T (1P) reports on an exciting few days!

School wasn’t over just yet for some Hamptonians during the half term as they went on a school trip to Dorset! It first began when they had to do their Geography assessment early and before they knew it they were on a mini bus or people carrier heading straight to Dorset. The trip there was a very nice one, being able to read, play games, listen to music and talk with friends. After two hours, we arrived at a service station where many of the boys had to time to buy McDonalds, bags full of sweets and fizzy drinks. It was a break from the usual healthy eating.

After that, we were back on the journey and we soon arrived to our destination. Once we made it there, we had a briefing and then dinner and we then made our beds. Next, we went on a walk through a field full of cows which just had calves! We had to be extra quiet and after a lot of disapproving looks from the mother cows we made it to a hill with a stunning view. It was time for bedtime but before we had hot chocolate! The next day, we did lots of really fun activities like rock climbing which involved abseiling, we did canoeing where the boys were put into different boats and ended with a big race! We later on did a murder mystery and a campfire. Then it was back to bed again.

The next day, the boys had option of a tour of Corfe castle or a mud trail. Some went to Corfe Castle and others went to the mud trail. Corfe Castle was a great and fascinating tour and the mud trail was really fun with slides into pools of mud, having to hang on ropes above a stream, crawling through mud and Tarzan roping into mud! Sorry parents! After this, we set off back home in the mini bus. All the boys were tired but they really enjoyed themselves at the end of the day!

Take a look at what they got up to in the video below:

Some of our First Year Hamptonians tried their hand at Mandarin this week, as they had their first taster session with Miss Zhang. The boys discovered that numbers are a great place to start when learning Mandarin and learnt how to form numbers from 1 to 99.

Gabriel (1H) told everyone about his experience of living in Singapore before he joined Hamapton….in Mandarin! Well done Gabriel.

Wear your team colours to School on Friday 18 June for Form Charity! 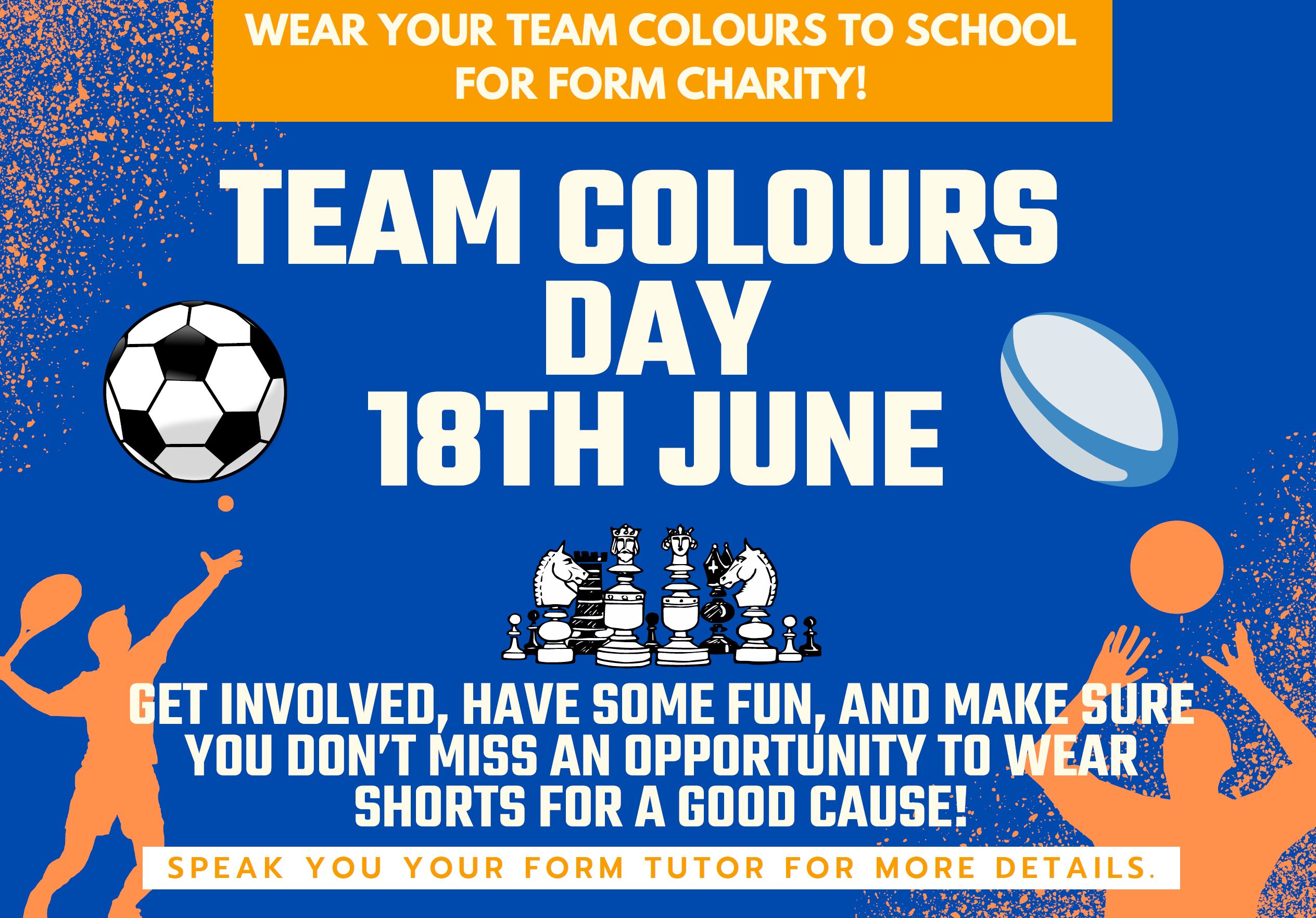 Get involved, have some fun, and make sure you don’t miss an opportunity to wear shorts for a good cause!

£2 will be added to your School fees, at your parents’ discretion. Speak to your Form Tutor for more details. All funds raised will go to our Four form charity partners: Water aid, ZSL London Zoo, FC Not Alone X C.A.L.M and Shooting Star Chase Children’s Hospice.

A few questions for you to have a go at yourself or challenge people at home if they know the answer. Merits are awarded for everyone who has a go! Just click on the link below and enter your answers and points or the Inter-Form Competition will be awarded to the form with the most entries every week.

We had 19 entries for the five questions last week, 1J are in the lead this week with nine submissions! Wow, well done boys, nearly the entire form! Can we beat this next week? Well done to the following boys (make sure to add your merits in the back of your homework diaries and to collect your merit certificates when you reach 10!):