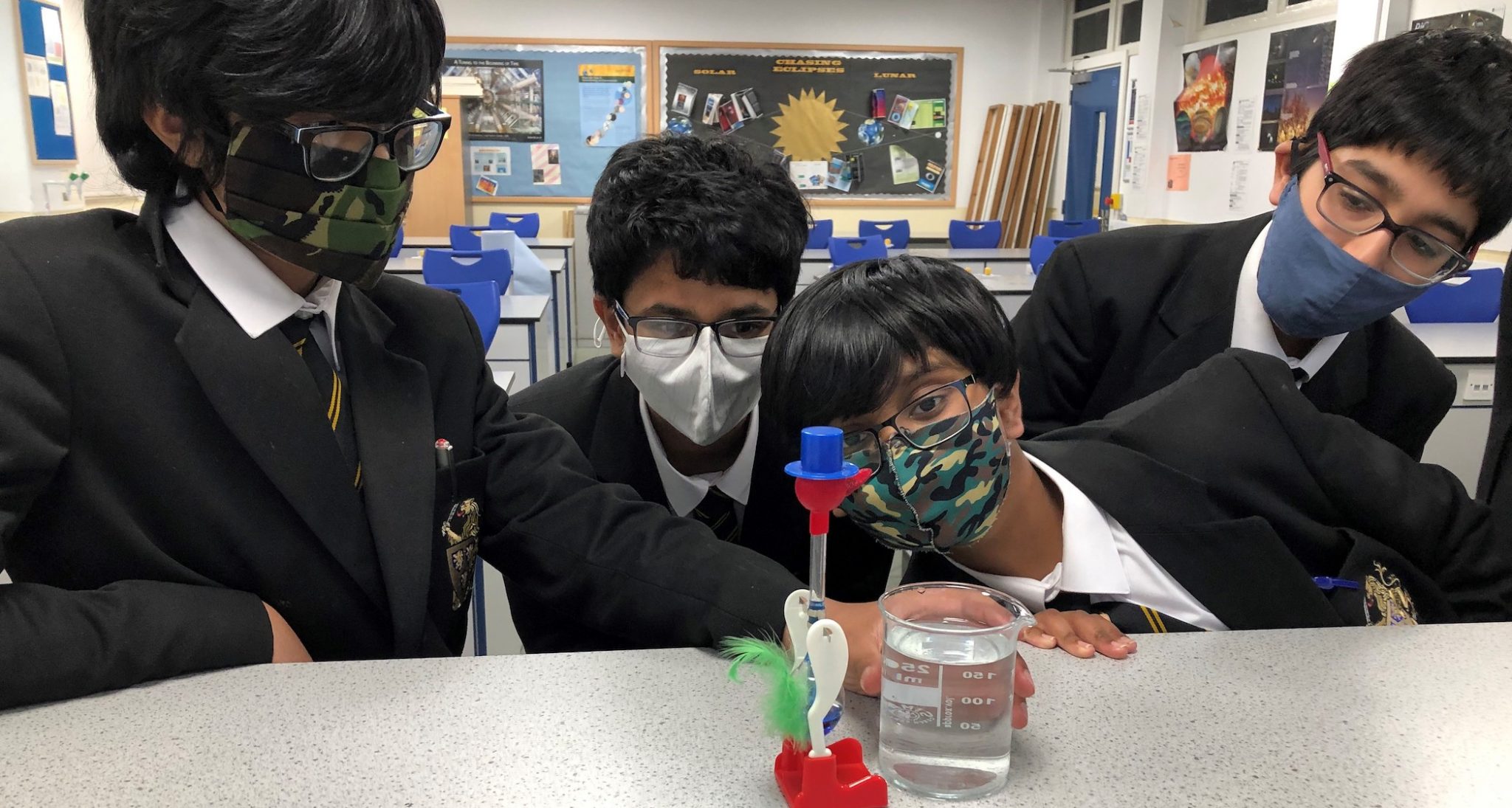 The First Years have had lots to occupy them this week, with new lunchtime sports and clubs, and lots of time on the 3G or in the Cloisters. This week, the boys discussed the upcoming summer assessments with their Form Tutors, using the ‘How-to-Revise’ guides they have received. As we have said to the boys, these assessments are nothing to worry about, and the boys should view these as an opportunity to check their learning and progress, as well as gain experience of exam settings in a low-pressure environment. We will be speaking to the boys further about what is involved, and how to revise for their assessments.

Want a chance to showcase your scientific skills and creativity? The Lower School Science Fair is the place for you! The Science Fair will be held on Tuesday 11 May, where you will be able to present your own project before they are judged. Entries covering any scientific subject or Computing are welcome; you can work individually, or in a group.

If you’d like to take part, please collect an entry form from outside the Physics Office and give it to Mr Cook by Wednesday 5 May. If you have any questions, please see Mr Cook in the Physics Office, or speak to your subject teacher in the subject that your project seems to fit most closely within. Entry forms can also be downloaded here.

Summer term brings with it exciting new Games options for the boys, who have just had their first Games afternoon. Lucas S-T (1P) tells us a bit more about what’s on offer:

After a massive break of three weeks (which wasn’t too great as we had just settled back into not online school!) we are back and welcoming the summer term! The sun is shining and boys in Hampton are doing their new summer sports options that being either hitting the ball sky high for a 6 in cricket, getting that point winning shot in tennis, scaling huge rocks in rock climbing or doing that final sprint to the finish in athletics. All of them are great fun and even new experiences for the boys in Hampton. Summer is here everyone!

Perfect is the enemy of good

This week I interviewed Miss Ferreira. She is 1W’s Form Tutor and a member of the RS & Philosophy department.

What’s the best advice you have been given about teaching?

If you’re bored teaching it, they’re bored trying to learn! Remember your passion for the subject and let it shine through.

What is the hardest part of teaching?

In my opinion the amount of pupils you have to teach and get to know so you can provide the best education. I teach about 200 pupils and I coach about 55 rowers. Having energy to give them a fantastic education is the hard part.

If you could pass on any wisdom to your pupils, what would you share?

I have quite a few snippets! Try and take a step back to put everything in perspective. Remember that we cannot always be perfect, and you have often done a great job at what you’re trying to do. Always listen and hear the opposing sides. Finally, remember that reaching out for help is not a weakness.

What is your first memory from school?

My first day of school. I remember my mum was a little emotional and she said there are even more books in school than we have at home and I started running into the building!

What is your favourite dish from cafeteria?

It would have to be the vegan sausage roll! It has great flavour and great spices.

What accomplishment fills you with pride so far this year?

Keeping my pupils going in both wellbeing and interest in school even in lockdown when it was terribly difficult.

Is there a quote or saying that you live your life by?

No, there are various lessons and examples that I live by that are appropriate for different situations.

If you could grow up in any decade, which would you choose?

It would have to be now even though this decade has had its many problems. I think we are still living in the time of most equality, scientific progress and opportunity.

I also read that you enjoyed coxing for boat clubs, what would you name your boat if you had one?

Inches, as rowing is often a sport of tiny adjustments and winning or losing by a few inches, even when you put in your all. For a boat that was on its last legs, it would have to be Death Star…

What would pupils be surprised to find out about you?

I’m not sure! I think I shared quite a lot in the Lion. I always pupils students to ask questions (even if I am not always able to answer them for various reasons) so just ask me if you’re curious about something!

In this blog post, Kanishk M (1W) tells us about the American-British Wars of 1812, and the reason for its outbreak.

Today we are going to talk about the reasons for America’s first war, the war of 1812. Named so because historians are terrible at naming things. Today we are going to talk about the causes and effects of the war instead of the killing part mostly because that is what is most important. The reason most often given for the war of 1812 is that the British kidnapped American sailors and forced them into servitude. It disrupted shipping and seems to obviously violate American sovereignty but it’s a bit more complicated than that.

The first thing is that thousands of sailors on American ships were British, so many of the sailors the British press ganged were British. This gets to the point that citizenship at that time especially on the high seas was pretty slippery. Papers were often forged and many sailors identified their supposed Americanism through tattoos of eagles and flags. There were several reasons why a British sailor may like to become (or pretend to be) American. The British at that time were fighting Napoleon in what was named in a stroke of infinite creativity called the Napoleonic Wars. On that topic, Britain’s press gang policy allowed them to both disrupt American and French trade while getting more sailors to strengthen their war effort. This was annoying to Americans on a few levels especially the French-loving Republicans. Another major reason often given for the war was America’s crazy conspiratorial Anglophobia. There was even a widespread rumour that British agents were buying up Connecticut sheep in order to sabotage the textile industry. So those pushing for war were known as war hawks; the most famous among them was Kentucky’s Henry Clay. One of their fears was that Britain was trying to regulate their free trade. Britain even passed the Orders of the Council which required American ships to dock into Britain and pay tax before trading with other European nations. The problem with saying this caused the war is that the orders had been in effect for five years before the war started. They were also rescinded in 1812 before the US declared war. The other reason for the war was Canada, the Americans wanted to own British Canada. The final reason that the Americans wanted to go to war, expansion into territory controlled by Native Americans. Either way, war properly broke out in 1814.

Next time, we shall look at the battles and the consequences of the war.

We had an impressive 25 entries for the 5 questions last week, 1J are in the lead with seven submissions! Well done to the following boys (make sure to add your merits in the back of your homework diaries and to collect your merit certificates when you reach 10!):