We’ve come to the end of another busy week at Hampton. Here are some highlights and notices from the week:

The Third Years were in assembly on Monday morning; they heard talks from Mr Uccelli, one of the School Counsellors, on mental health awareness and Mr Hill on excessive/addictive smart phone usage. Ms Message welcomed everyone back after the Christmas Holidays and read out the sporting results from last weekend. During Thursday’s PSHE session, the Third Years continued to research and make presentations on careers and occupations that interested them. We look forward to hearing these presentations in the next session.

Well done to those Third Year dramatists who performed in the Knee High inspired plays earlier this week.

Special mention to Finlay H 3F who really went above and beyond in a recent RS homework writing three sides about the Buddha and his own role model.

Good luck to the following Third Year boys who are performing in the Rock Concert 2020 this evening. Rock on! 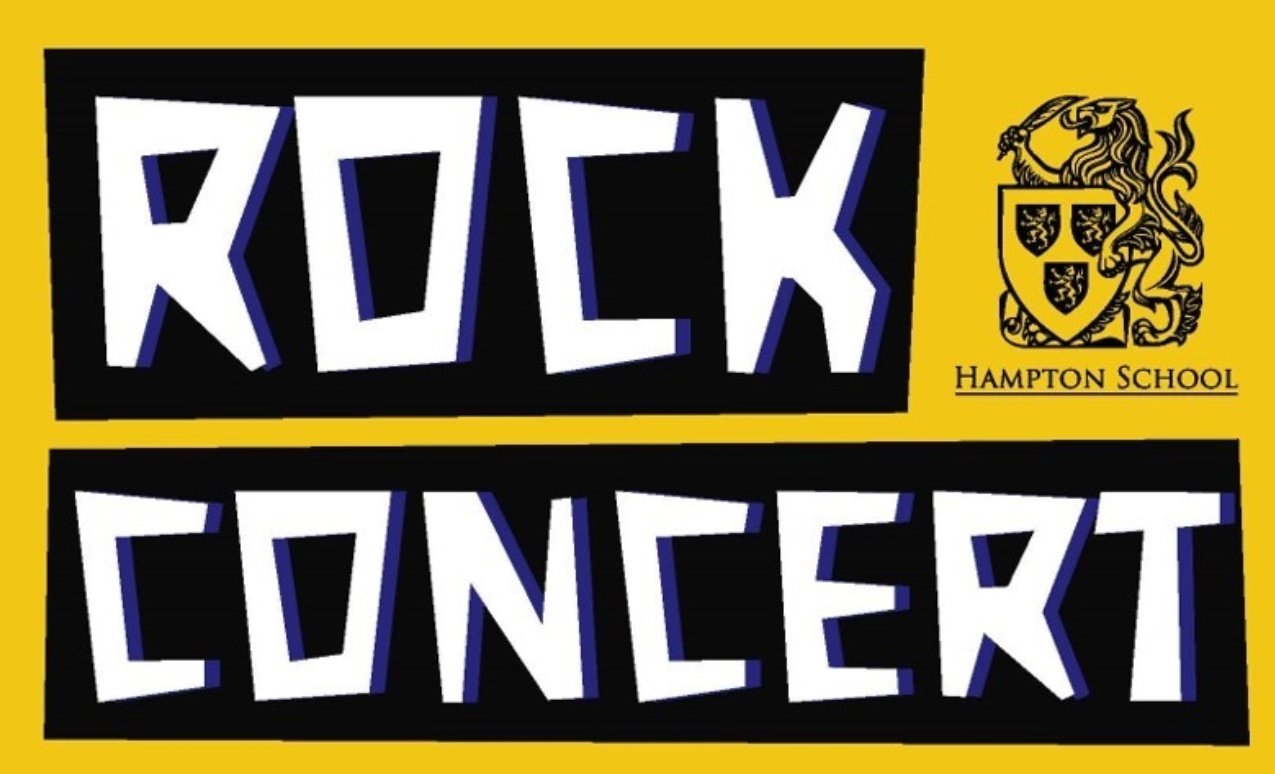 There are still a limited number of balcony tickets available for Rock Concert 2020. Tickets are priced at £3 and the boys would really appreciate your support. 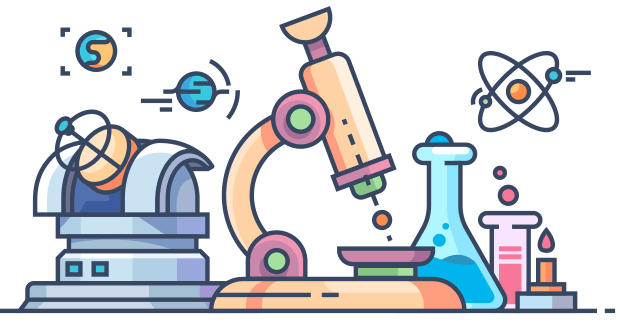 Boys are invited to participate in the Lower School Science Fair. Competitors may work individually or in teams on a Science Project of their choice. Competitors will present their experiment and/or findings at the Science Fair during lunch time on Tuesday 17 March. Entry forms are available from the Physics Department. Entries to be handed to Mr Cook in the Physics Department by Friday 7 February.

Find out more from Third Year pupil Felix who entered last year’s Science Fair with his project How Suggestible are Hamptonians:

If there are boys wanting to play in the Surrey Cup, please see Mr Lee in the Maths Department.

To all budding sports journalists!

Do you enjoy writing about Hampton sports?

Would you enjoy seeing your writing published in our magazine?

If so, come along to Hampton Sports Chronicle on Friday lunchtime. We meet opposite the English Office in Room 54

after lunch at 1.15pm every Friday.

We look forward to seeing you there! 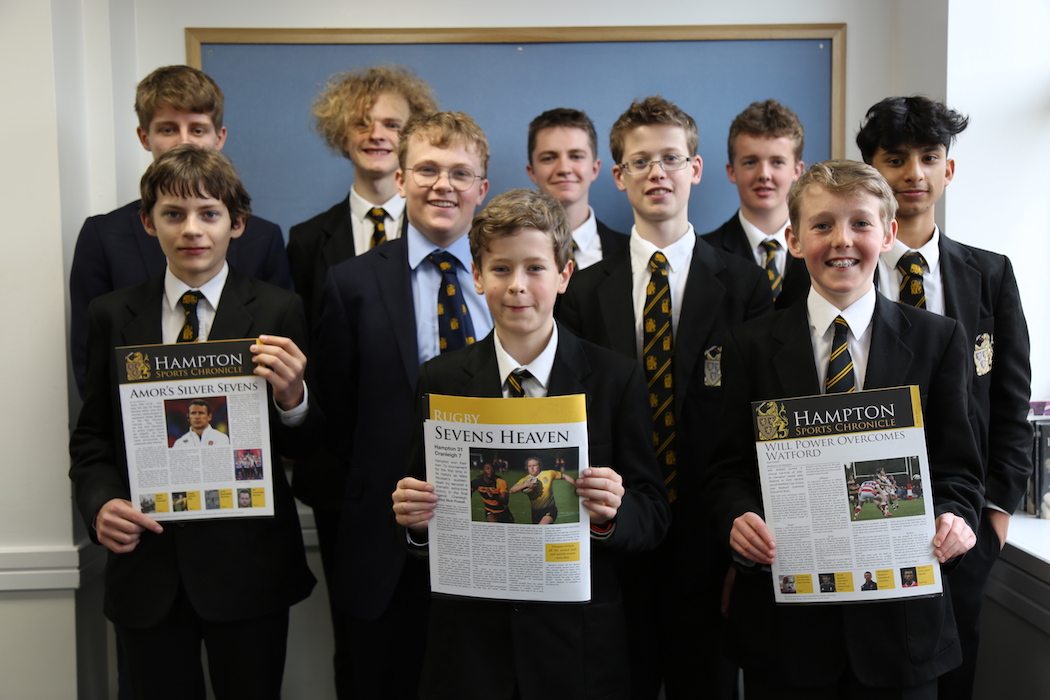 The Wizard of Oz, a joint production with Waldegrave School, is being performed at the Hammond Theatre in a few weeks time. There are three evening performances beginning at 7.30pm on 11, 12 and 13 February.

The Priority Box Office for The Wizard of Oz! is now open and tickets are now available via the following link:

On Monday 20 January the U16A Table Tennis team played against Southborough Boys in a home league fixture match. The team consisted of Third Years Vishal S, Ed GZ and Sam H, as well as Fifth Year, Rohan R. The first round of single matches were dominated by Hampton, as we played strongly and won all the matches. In the second set of single matches, the same skill was shown and we, again, won all our matches. Next up, after a short break, it was time for the doubles matches. Both Ed and Rohan, as well as Vishal and Sam won their doubles comfortably 3-0.

In the end, Hampton was victorious and won 8-0 overall against Southborough, everybody displaying some impressive rallies and the occasional heavy side spin shot (slightly frustrating the opponent!) A special thanks goes to Mr Fendley, who helped with this fixture.

After a solid preparatory performance, the U14As neatly saw off Wimbledon College 3-1 thanks to a brace from Jamie W on the 3G. Though a cold Saturday morning, the players certainly showed up despite being the only Hampton team playing that day. With a high tempo from the off, lots of chances came Hampton’s way. However, no goal came for a while until the latter stages of the first half when Jamie excellently skipped passed a player before smashing the ball into the back of the net to the keeper’s left.

To add to the lead, Hayden C linked up well with Zain S before using his blistering pace on the wing and cutting the ball back for Zain once again for him to power the ball high to connect to the flailing hand of a Wimbledon College defender. Jamie stepped up calmly to double his goal tally, opening up his body and sending the keeper the wrong way. On top of this, virtually directly from kick-off, Zac C played a ball down to Zain who beat his man, drove into the box and was brought down. For the second penalty of the game, Zain stepped up and struck the ball, mid-height to the left side of the goal only to be saved by the diving keeper. Quick off the mark however, he ran in for the follow up and powered a volley into the opposite corner to make it 3-0.

In the second half, Hampton sat back a bit to soak up pressure and try to spur something different. A few more opportunities came but through various reasons, they weren’t converted and nobody added to the scoresheet. Despite this, in the remaining minutes, a Wimbledon College player took the ball past a defender and finished it high, into the roof of the net at the near post, although a very controversial line call was made by Jamie W as linesman in the build up. Apart from the undeserved loss of a clean sheet in the final moments, the match held great promise and acted as a great sign for the upcoming ESFA Round 6 game.

The U14A footballers fought hard in their ESFA Round 6 match against Beaumont School, Josh H tells us more:

The Hampton U14As battled hard against Beaumont School only to lose 3-2 in extra time despite some great performances from all members of the team. The opening few minutes played host to exciting play and good development from Hampton which was topped off by a burst of pace down the wing from Hayden C and a brilliant cross, over the goalkeeper, clinically converted by Paddy H through a controlled volley into the open net.

However, to cancel out the dream start for the home side, Beaumont replied, taking advantage of their spell of five minute dominance to skip past a player before winning a penalty off the flailing leg of a Hampton defender. The striker stepped up and smashed the ball to the keeper’s bottom left, almost having been saved by the outstretched hand of Conrad K. To add to this, momentum stayed with the visitors as they created several more chances, producing a threat in all areas of the field. Once again, they earned a free kick about 40 yards out before they floated the ball into the box, that was then greeted by a Ronaldo-esque leap and header into the top corner of the net to gain the lead for Beaumont. The rest of the first half consisted of similar pace and strength displayed by the visitors providing a slight dominance but no real clear cut opportunities.

Despite this, knowing it was going to be a tough half ahead, Hampton incorporated a high press in the game, forcing the opposition back and ultimately turning the tides of the game. Once Beaumont were sitting back, the U14As began to take advantage of the possession that they had and find gaps in the defensive and increasingly fatigued opposing side. One particular play contained lovely link up between Jamie W and Chibby N before the latter was played in. Having taken it round the keeper and been brought down, seconds later a penalty was awarded and a chance arose for Jamie to get his side back in the game. Calmly and collectively as ever, he sent the keeper the wrong way, opening up his body to slot it into the bottom left corner.

While a continuation of the tense, intriguing atmosphere was present deep into injury time, nothing else came in the way of goals, presenting an even more exciting climax for the remainder of the tie. The battling was still a large factor for much of extra time until yet another penalty was awarded except this time very controversially to Beaumont for an exaggerated dive in the box. Once again, the striker stepped up confidently and struck it home, just out of Conrad’s reach.

This marked the opening of a ten minute spell of utter domination including many corners and last ditch bits of play in the penalty area. In the dying minutes, Chibby dribbled past two players before unleashing a shot at the defenceless goal only to be brought down by a wreckless challenge from behind. However, to the dismay of the Hampton players, no penalty was awarded leaving them behind still and in need of an equaliser. Unfortunately, the last two minutes didn’t bring anything despite more of the same.

Although out of the ESFA competition, the U14As were very unlucky to get the result they did against a very strong, county champion side and they still have a Surrey Cup Quarter Final to look forward to against Carshalton.