This past week has been action-packed for our First Years, from a weekend away in the Surrey Hills to a late night out at the Royal Albert Hall.

First Years had a night out at the Royal Albert Hall enjoying an assortment of popular classical music paired with an incredible laser show with cannons, confetti and fireworks at the fantastic finale – the Hamptonians left the show thoroughly enthused!

For those of you who attended the Classical Spectacular this is a reminder that the Music Department will be running a competition. Boys are invited to write a review of the concert and the best entry will be published in The Lion and the Music Society Newsletter. Merits will also be awarded for any entry. Please email your reviews to E.Esser@hamptonschool.org.uk, happy reviewing!

Mrs Halford and Mrs Esser are looking forward to reading your reviews and we hope to see a couple in the blog next week!

Shane K reports about the trip:

On 16 November, 35 very lucky boys got the chance to embark on a once in a lifetime mountain-biking and orienteering trip with the Adventure Society.

Travelling to Guilford with not much traffic, we arrived at Bentley Copse just in time for some quiet but quite competitive board games! With our bellies full of pizza but our minds still on dessert, we set off into the pitch black to participate in orienteering – it was met with plenty of jump scares!

As we arose from a good nights sleep, we set off on our bikes to the Surrey Hills. About two hours later (after several steep hills and a mud-covered trail) we reached the peak of the Surrey Hills. Our eyes were met by the beautiful scenery from down below whilst we devoured our lunch. The rest of the journey was filled with coasting, downhill sections where the wind rushed across your face and your body could take a breather from all the adrenaline. We all jumped out of the minibus with something positive to take home and a big grin on our faces.

Big thanks to all of the Adventure Society team and helpers for this stunning trip!

Take a look at some our First Years in action in the Surrey Hills:

Zaid A reports about his Biology cell project:

The Biology cell project was a fantastic success. All of the classes were set a task to make a 3D model of a cell. It could be any cell. It was intriguing to learn about different cells, the components inside them, and their functions. It was also a chance to see the creativity of our fellow classmates, and their ideas and how they made their cell. Overall, I think that the project was a great experience for all, and I hope our fabulous biology teachers give us another interesting project to work on in the future.

In Rugby, Tobi Q reports for the U12A team:

Last Saturday we faced one of the toughest teams so far. Within the first 10 minutes we were two tries behind. Our team started working better together after this but unfortunately another try came through from the opposition. We retaliated and in the last play before half time Ben scored a try for Hampton. At half time the score was 1-3 to Trinity but our determination didn’t cease. In the second half we made big tackles and ran better lines leading to two more tries from Tobi and Harry. Unfortunately because of great play from Trinity, they managed to scored another try in the last five minutes. We got the ball, but even with a line-break and very close attempts, the final whistle was blown before we could add points to the scoreboard. Every single member of the team should be man of the match as every one of them played their hearts out. Thank you to Mr Dixon for his great coaching and refereeing.

In Football Arjun B reports for the U12B team:

On Saturday 16th of November the Hampton School B team played against the Sutton Grammar A team. This was a very tight game as both sides played very well. Hampton kicked off and the game began. We started well with some nice passing play but they started to press us and we were forced to kick the ball out for a corner. As the cross came in a player ran into the box towards the back post and managed to slip one past our keeper. It was now 1-0 to Sutton. We lifted our heads up and managed to catch them on the counter attack twice and Sammy Jefferson shot and scored in the bottom corner both times. It was now 2-1 to us. After another counter attack Sammy had scored again! Afterwards, sadly, Sutton scored another three goals, two of which were from and then they hit us back on the counter which caught us off guard and they scored another. The score was now 4-2. We came back and another goal was scored by Evan Rutter. They scored one more and the final score was 5-3, a close game nonetheless. Well done to everyone who had fixtures on Saturday!

This week all First Years have had a reminder from Mrs Peattie about their use of language on instant messaging services such as Whatsapp. The advice we give to boys is, if you would not say it in person or you would be embarrassed for your parents to see what you have written, do not write it!  We hope this is a sentiment that you share.  We have also told the boys that we think it is a good idea for them to let their parents see the content on their phones from time to time.

There were more than two, they were triplets! 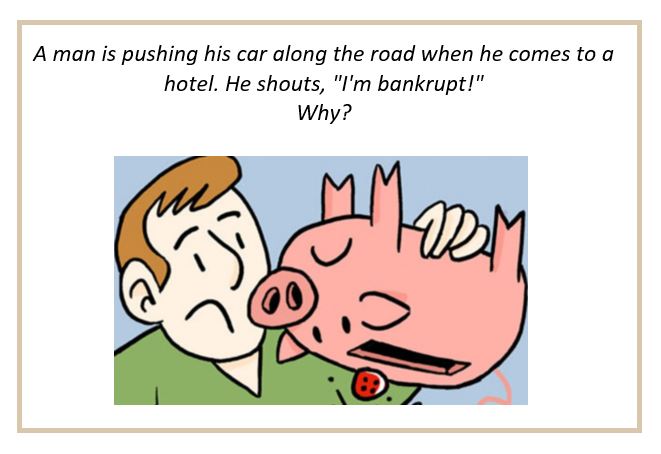