This week the Third year were back in assembly on Monday morning and during Thursday Form Time the boys carried on working through their Enterprise group projects. We look forward to seeing their group presentations next week! We had a great evening on Thursday celebrating all the prize winners at Third Year Prizegiving.

Well done to all those there! Enjoy your last full week boys, the summer holiday is nearly here!

Well done to Conor M (3F) for taking part in the Staff vs Pupils Form Charity quiz on Monday this week! 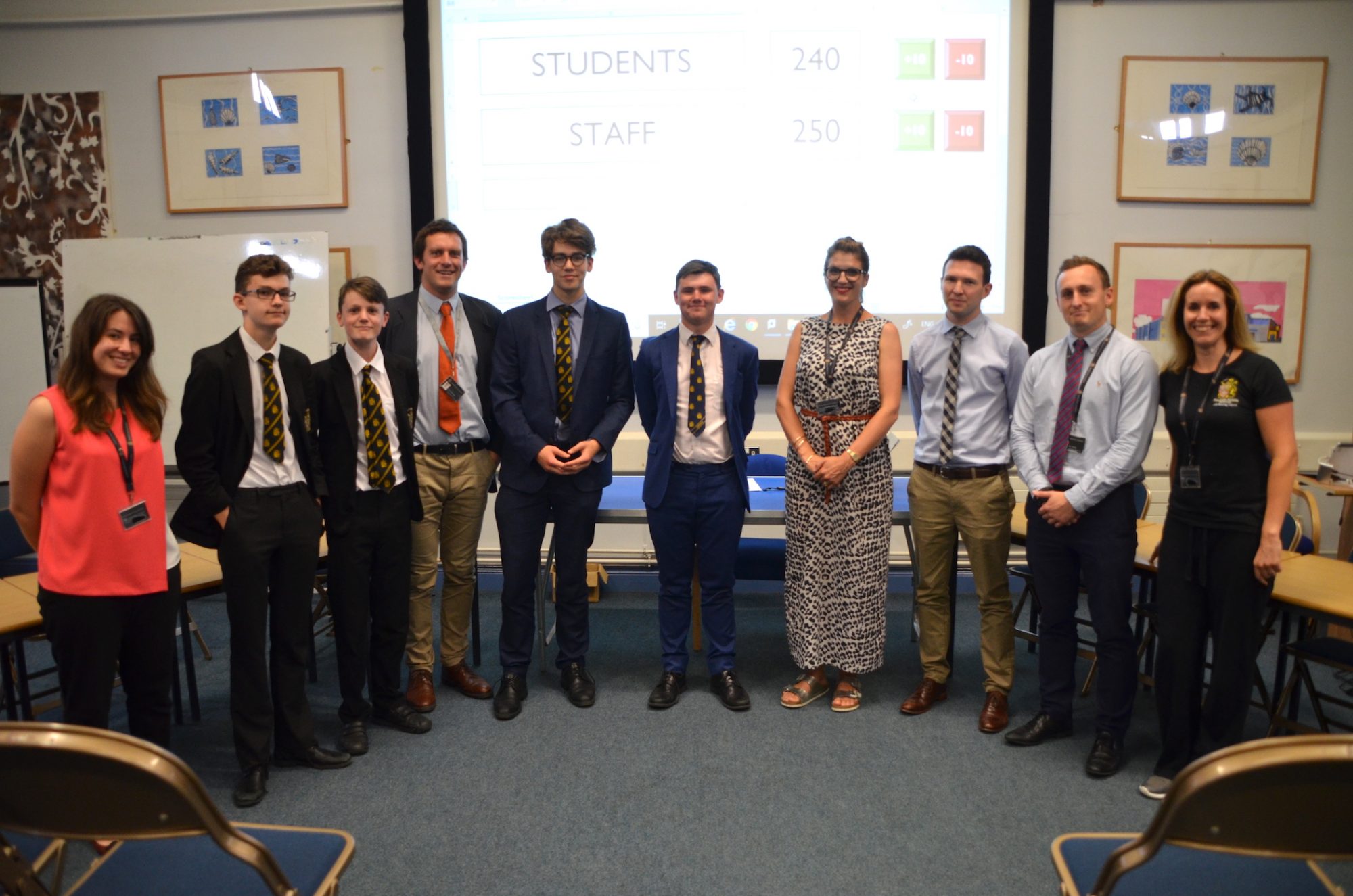 Best of luck to Theo S who is playing music for the elderly residents at Linwood Care Home in Thames Ditton on Thursday 4 July.

Good luck to Sam S for his talk to the younger boys at King’s House on Tuesday 2 July.

Congratulations to Nicholas M who took the exams for the C1 certificate in Spanish, which is beyond A Level qualification for the Spanish language. He’s formed part of the ALCE programme offered by the Spanish’s Goverment’s Department of Education since he was 7 and has now completed this last stage of the C1. It is a highly recognised certification at university level!

Best of luck to George G who had his Grade 5 French horn exam on Wednesday!

In order to encourage Cycling to School all boys who do cycle in on Monday will get a £1 voucher to spend on breakfast in the Dining Hall. The voucher can be redeemed any day next week. Of course they must cycle in safely and if they do not wear a helmet they will not get a voucher. We are aware that some boys cannot cycle in and we will be looking at other ways to reward boys in the school who do take part in Environmental action in other ways the future. If any of your form feel particularly strongly about this please do send them to see Mr Talman at some point during break or lunch on Monday in the RS Office.

On Monday 1 July at the start of lunch in the Upper Hammond Foyer we will be exhibiting work done by Third and Fourth Year pupils this year for their Arts Awards. We warmly invite you to come to view and celebrate what they have achieved. Boys have completed some very impressive and creative projects in a range of art forms, including photography, model-making, music, film, drama and art. They would really appreciate a wider audience to see their work and give them some feedback. Boys will be available to talk about their work and answer questions in the Upper Hammond Foyer between 12.35pm and 1.10pm. If, however, you are not available at that time, the work will be on display until Tuesday 2 July, so you are welcome to go and look at what the boys have produced at any time on Monday or Tuesday. If you would like to leave feedback for the boys on Firefly you can do so by going to https://intranet.hamptonschool.org.uk/arts-award/examples-of-student-projects-1/projects-2018-19 and clicking on a boy’s name, followed by ‘add comment’ on the left at the bottom of the page.

The U14A side prepared for their Middlesex county cup final with a hard fought and close win versus KCS Wimbledon.

Electing to bat first on a tricky pitch, the As could only score 92 all out. However, they fought back hard and bowled out KCS for 77, with Ali J, Ollie L, Will K and Kyan S all taking 2 wickets each. That is a 9th win in 12 games for the A’s, and the 10th time they have bowled out a side.

On Wednesday, the U14A cricketers faced a very strong Harrow side in the final of the Middlesex Cup. Despite a spirited performance, the boys weren’t able to chase down Harrow’s impressive first innings total of over 200. This defeat, though tough to swallow, does not undo the excellent improvement the team has made throughout the season.

This update comes from Dominik H who is competing at Tennis Tournament La Manga, Spain: “Sadly I lost in the third round in both of my singles tournaments to the best player in the tournament. Fortunately, I have reached the finals of the doubles tournament with my partner and we will be playing the finals on Friday morning.”