On Monday 26 November the Third Year Mentors led the PSHE session. The Mentors explored the topic of “Language and Banter” with their Forms. The boys enjoyed the sessions very much and many thanks go to the Mentors for all their efforts in planning and leading this session.

On Monday 3 December, Third Years attended the whole School assembly where they heard about the Genocide Awareness campaign from Fifth Years. The boys listened to Mr Woods talk about Advent and various Christmas preparation ceremonies across different cultures. The Headmaster delivered the weekly sports results and encouraged everyone to “keep going” through until the end of a long and successful term.

On Thursday 6 December, Third Years had an E-safety talk during Periods 1-2 and completed 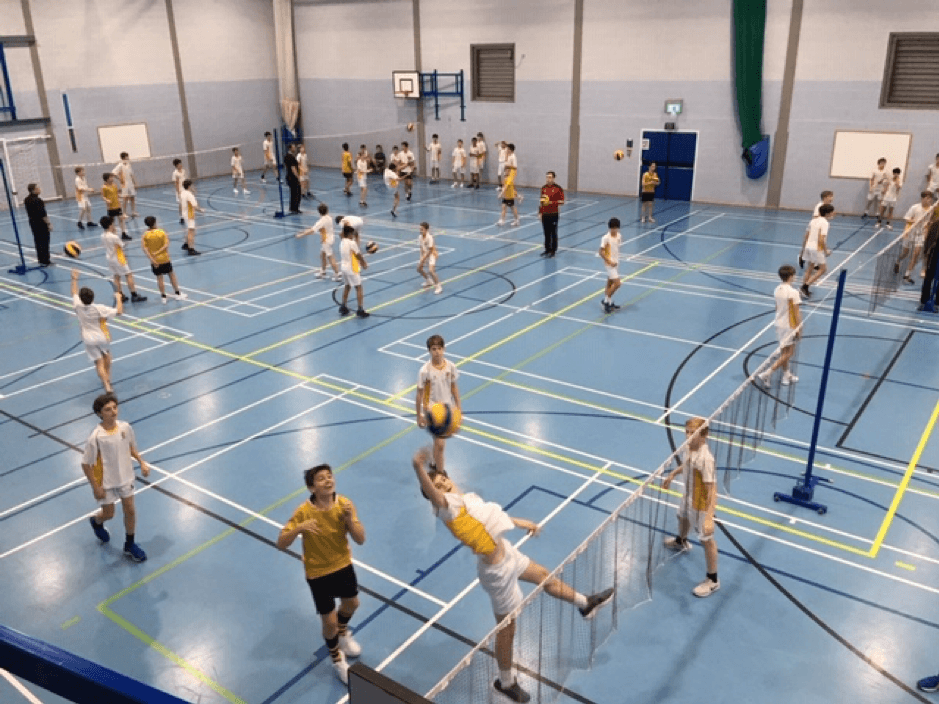 various summary activities on these themes in their PSHE session with their Form Tutors.

In the semi-final of the County Cup Hampton faced a big Gunnersbury side. We started well with a try early on in the first half. We continued to look strong in attack as though we were going to score every time we had the ball. Our defence was robust as we pressed Gunnersbury in making mistakes resulting in us leading at half time 12-0. In the second half we began to tire and run in to contact on our own resulting in lots of turnovers at the ruck. The loss in possession eventually ended up with Gunnersbury scoring a try on the win however, we continued to look dangerous with ball in hand and score another try to finish the game off. Final score 17-7 to Hampton. MOTM goes to Joshua A (3J) for more strong carries resulting in a try. Looking forward for the cup final at Allianz park next Tuesday against Harrow.

Hampton arrived at Cranleigh to face a strong opposition looking to build on a win last week against Gunnersbury. We started the game well, however the weather conditions didn’t help us as we dropped the ball or didn’t execute in try scoring areas.  Due to this we headed into half time with 2 converted tries to Cranleighs 2. Into the second half our intensity dropped and we didn’t finish off the game well missing crucial 1 on 1 tackles. In the dying minutes of the game we couldn’t finish off with a try resulting in a frustrating loss. The final score was 38-14 to Cranleigh.

In the County Cup final the Hampton U14s headed out to Allianz Park the home of Saracens to face Harrow. They were a strong opposition but we fronted up and played attacking rugby. Again the weather didn’t suit us but we played on through the first half. There was only one score in it at halftime with Harrow leading 12-7. In the second half we couldn’t finish it off, allowing Harrow to score multiple times resulting in the final score 33-7 to Harrow. However, MOTM goes to James M (3G) for some great carries and multiple line breaks resulting in a well-deserved try.

After a long drive to get to Brighton, Hampton arrived to face Brighton College. In wet and windy conditions, it looked as though it was going to be a fun match against an evenly matched side. Hampton started the game well and scored an early try from Rory F (3D) in the corner converted well from a difficult position by Zack G (3J). However, Brighton responded to that with a score. Soon after we had been defending a few phases their game plan became apparent, Brighton put lots of numbers into rucks and then proceeded to pick and go phase after phase. Eventually they crossed the try line for a score. Later on in the first half Hampton were looking to cross the line for a second try on Brighton’s own 5 meter line, Brighton intercepted and it was a foot race to the try line however Gus C (3A) brought him down on our own 5 metre line. A great defensive effort. At half time Brighton were ahead by 5. We continued to make breaks through Gus and others. These breaks eventually resulted in a try with 7 minutes to go we were 17-17. Brighton continued to pick and go and scored they also converted which meant Hampton needed a converted try to win. We regained the ball in Brighton’s half and in the death of the game scored under the posts. However, unluckily we missed, leaving the game 24-22. Although we lost, the game was enjoyable and Rory F (3D) deserved MOTM for his two tries.

At Brighton College, Hampton’s U14B rugby team dominated the first half but again and again could not finish off their chances, and then conceded a breakaway try in the final play to go 5-0 down at half time. In the second half, Brighton’s superior physicality and fitness, as well as the slope of the pitch, began to make a difference, and they ran away with the game towards the end, 31-0. It was a good team performance against opposition with far superior results, and some individuals stood out: Ed C (3E) for a couple of vital turnovers at the breakdown, and Will B (3J) and Theo S (3J) for strong carrying and tackling.

On a chilly Saturday morning, the Hampton U14D Team went to play against Chigwell School U14B Team. Although some great football was played, the U14D Team’s high goal streak came to end. But a very slick goal from Jack F (3H), our midfielder and vice-captain for the first-half, kept our morale high to the end of the game.

This Saturday, the J14 rowers split into three teams for an epic battle! In a strange twist of fate, team ‘rock’ beat team ‘paper’, team ‘paper’ beat team ‘scissors’, and team ‘scissors’ beat team ‘rock’! A dead heat! It would be fair to say a few of the crews’ defeats were snatched from the jaws of victory, but it nonetheless was great to see the boys getting competitive in preparation for the Christmas Pudding Races at Kingston Grammar School next week, and showing some excellent team spirit!

For photos and updates from the Boat Club, check out their twitter feed @HamptonRowing

The boys have been enjoying Architecture club and Art club. Also, Milton and Harry have had fun in Japanese club.

Tension is building for Milton, James and Xav for the Christmas pudding races.

Nishaan S took part in the New Boys Concert on Tuesday, he played the violin.

Stanley C reports that he finally feels ready and motivated to start working on his HELP Project. His chosen topic is Ten Famous British Battles.

Henry D and Daniel C took part in the cross-country running competition. They both did well. Daniel progressed to the next round of the competition.

After the volleyball, it’s getting tight at the top! Remarkably, 3 E, J and G all walked away with 16 points total over the last two events but can they keep up their momentum in the next event: table tennis!