Congratulations to the following boys on reaching these merit milestones:

And extra congratulations to these three, who will be the first to visit Mr Knibbs for a Headmaster’s certificate:

To kick us off, here is the promised report on 2P’s half term visit to Berlin, courtesy of Piers M (2P).

On Friday evening, after we had settled in at our Youth Hostel, we took public transport to get to Potsdamer Platz. There we saw the Blue Man Group. They are a comedy group who perform music and a light and colour show. They were one of the highlights of the trip! Afterwards we had our first ever Currywurst. A truly moving moment.

One of the other highlights of the trip was the tour of the Reichstag: the German parliamentary building. Despite looking very old on the outside, it was very modern on the inside. We saw Angela Merkel’s office and went on the dome on the top of the building. We saw a great view of the entire city.

On Sunday, after a few hours to roam around the massive zoo, we travelled by S-Bahn to the Olympiastadion. Once there and inside, we watched a football game. It was Hertha Berlin Vs Sc Freiburg. Hertha quickly got a lead in the seventh minute, but sadly Freiburg equalised in the 36th minute. No more goals were scored and it ended in a draw.

We arrived back home on Monday evening. We were all sad to be leaving such a marvellous city, but we were glad to be back. The trip was enjoyed by everyone who went on it and will surely be a highlight of the year.

England lost a thriller to New Zealand at the weekend but the big rugby game was of course our U13s v Halliford. How did we get on?

It was our first game back after half term and we were feeling confident going into it. We started off strong with some amazing kicks and individual performances from many players in the first half taking the lead conceding only one try. Although Halliford came back fighting scoring another few tries, we were defiant and won the game 45-15 scoring nine tries and a special mention to Matthew T (2J) who had a great debut for the A’s. Max C (2J)

Great stuff boys. Could the footballers match that achievement? Let’s hear about the U13C, D and E teams:

On Monday 5 November, the U13C football team played a well-fought game against Newland House. In the first half, the game started level with both sides creating chances and making opportunities down the wing. However, Newland House managed to slip a goal past Hampton in the first half of the game. In the second half of the match Hampton played much better, getting in to the opposition’s half much more. Then, after a great play of passing and effective runs from Hampton, Jack S (2H) scored a goal, levelling the score. The game was tight with both teams putting up a good fight. However, eventually the whistle blew and the score finished at 1-1. Despite the draw the U13Cs played well overall and the match was very close and entertaining. Vishal S (2N)

On the Monday, the U13 Ds played against Newland house. It was well contested but a great goal put us 1-0 up, having more of the chances as we went into half time. In the second half it was more even. Both sides had a few chances but we were able to kill of the game with a goal to win. Ayoub K (2W)

On Monday the U13E’s played an astounding game of football against Newland House. With the assists of multiple people on the team and goals scored by almost everyone, the E team have never played better. At the start of the match we were slowly learning their play-styles, then, in the second half, we hit them like a storm. At this point in time we knew how they played and decided to use our knowledge on the pitch. We kept applying pressure to their defence until goal came after goal and we had won the match. The final score was 10-0 and we went home feeling proud. Mo O (2W)

Congratulations to all involved. Now it may be getting chillier but Kieran B-R (2J) is already getting prepared for the summer, having a smashing time at tennis training:

I recently started doing tennis training with the tennis elite squad every Tuesday at lunch. I find it very good and extremely fun. You get to play with players your own level and the coaches are excellent. Every session, we work on a different aspect of the game such as volleys, coming up to the net, lobs and much more. One thing I find very helpful with improving my tennis at these sessions is that the coaches often add in a bit of a competition in the sessions to make things more interesting and I think it improves my game even more because it causes me to try slightly harder and to concentrate more while playing. I feel that these training sessions really improve my tennis and I am looking forward to a whole year more of these sessions every Tuesday. Kieran B-R (2J)

Our penultimate report is a really exciting one from Dylan R (2L), showcasing another unique opportunity involving a Second Year pupil:

On Saturday 10 November I participated in the Lord Mayor’s Parade in Central London. I had this amazing opportunity because my acting school Arts Ed, teamed up with a few different companies to put an entry together. The entry was on careers of the future and some of the ideas included: Virtual Reality Tour Guide, Organ Designer and an Emergency Services Drone Operator. I was dressed as a patient who was trying to have his memory restored by a memory surgeon. It was a great experience and I am very proud to have been a part of such a long-standing tradition.

Please do keep these fantastic reports about events outside of school coming in. Let’s end on a poignant note with this wonderful piece from Oscar T (2H): 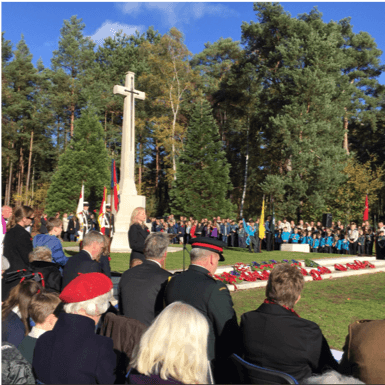 On Sunday 11 November, I went with my Scout group, 1st Brookwood, to the famous Brookwood cemetery, the largest cemetery in Western Europe, to mark Remembrance Sunday. It was a truly memorable occasion: there were over a thousand people there, and not just from England – as well as being joined by the army and numerous local dignitaries, there was a large contingency present from Canada. To pay our respects, we sang hymns as well as saying prayers for the dead and the affected. We, like many others laid wreaths at the war memorial. Part of the ceremony included an 18lb field artillery gun salute, which was more than startling! I am glad that I paid my respects, as the stories that we were told reminded me of how brutal the Great Wars were. In my opinion, this ceremony came at a particularly poignant time, when life is so busy that we need to step back and look at the past. Lest we forget.

Well done to everyone who deduced that you could spell ‘Draganov’ and ‘Owen’ from last week’s anagram. Something different this week – can you work out the expression from the image below? 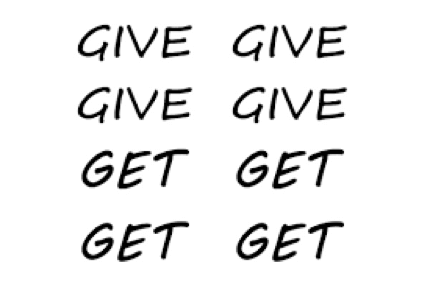 Good luck! Merits for the first correct answers as always.

Joke of the Week:

A man got hit on the head by a can of soda, but don’t worry! It was a soft drink.

Thanks to Sagar Nair (2J) for that one.