There are mixed feelings for most Third Year boys today. The joy of completing another half-term and looking forward to a week off School is tempered by the knowledge that the week after next is exam week. Please do not stress! You should be aiming to do some constructive revision over the break to ensure that you show what you’re capable of in exams, but take some time off to relax and enjoy yourself too. That said, don’t spend all half term playing “fortnite”… get outside and enjoy the sunshine and fresh air.

Several Third Year boys (and teachers) have taken part in ‘Walk to School Week’ today. To mark this, the Environment Committee hosted a Walkers and Bikers Breakfast in the Dining Hall on Friday morning. Anyone who cycled or walked to School was entitled to a voucher for £1 to contribute towards breakfast. They also received a free raffle ticket for entry into the Committee’s prize draw at the end of term (the first prize will be a Fitbit).

This coincided nicely with Mufti Day, which enabled the School community to raise over £1000 towards our three nominated Form Charity recipients.

Sam Davidson (3D) has been awarded a Runner’s Up Prize in the Never Such Innocence Competition, for his etching based on the World War One poem ‘Miners’ by Wilfred Owen. Sam attended the awards ceremony at Guards Chapel, Wellington Barracks on Thursday afternoon to collect his prize and represent the school. General Sir Gordon Messenger, Vice Chief of Defence Staff, awarded prizes.

Mr Saul says he is looking forward to seeing plenty of boys zooming past him at the Frimley Lodge Park Run on Saturday.

Miss Teunissen was very impressed with Toby Kerr (3F) who has designed and built a harmonograph for his Arts Award. This machine uses pendulums to draw beautiful spiral pictures. It is an extremely impressive achievement and Toby clearly has a future ahead of him in design and building! Photos of both the harmonograph and the kinds of drawings it produces are below. 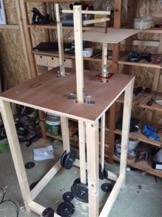 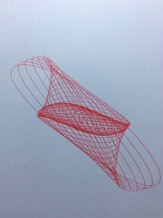 Neo Sukhraj-Hammerl (3C) enjoyed the athletics competition on Wednesday. Louis Middleton (who came first in Middlesex), Antonio Polleri and Neo (who came joint second in Middlesex) are going to the next round of Combined Events South England championships.

Good luck to the following boys who are competing at the National Schools Regatta at Eton Dorney Lake today. They are all very excited to take part.

Careers in the creative industries are fascinating, rewarding and well paid! On Monday 18 June 2018 at 1.30pm, we are hosting a special afternoon to provide you with unique opportunities to meet some of the leading figures in a range of creative professions. The event will end by 4.00pm.

You will take part in two different workshops with creative industry specialists from areas including Journalism, Digital Media, Advertising and TV Broadcasting as well as Drama and Music Video Production and Games Design.

This event is only open to boys in the Third and Fourth Years, as well as those in Lower Sixth.

Places are limited and highly sought after, so sign up as soon as you can (by 8 June at the latest) using the link below:

Once you have signed up, we will send you more details about the arrangements for the day nearer the time. If you have any questions please email creativefutures@hamptonschool.org.uk .

On a sunny Saturday morning, 13 boys and two members of staff tackled Park Runs in various locations – not a bad start, but that could definitely be more! Well done to Ms Busby, Ms Bradbury and Mr Rigby for rallying their troops; no time to rest on early laurels though as Mr Studt has heard rumours that lots of Forms have decided to put out a strong squad this coming Saturday… for now though, 3F and 3H are in the lead.

Three quick points: ideally, you would register first and bring your barcode for a time but don’t let IT issues stop you, you can run without. More importantly, get yourselves out there – it is a great way to start the first weekend of the half-term break and might just blow some cobwebs off before you settle into your well-planned revision schedule for the Summer Exams. Last point: make sure you say hi to any members of staff you see, ideally as you leave them trailing in your wake as you accelerate past.

Last Saturday the U14A cricket team travelled to Reed’s School to play a 65 over declaration match. We were put in to bat and scored an imposing total of 224 on a good batting surface with a fast outfield. Sandy top scored with 70, with important contributions from Olly C (37), Arjun (33) and Alex (28).

The bowlers then bowled good lines and lengths and we fielded with good intensity, restricting Reed’s to 215. The format required us to bowl them out to win. We dominated the game, but could not get the final elusive wicket. Great spells from all the bowlers, particular mentions to Arjun (4 wickets), Mustafa (2 wickets), Alex (1 wicket) and Max (1 wicket). This week, we will be facing one of our toughest opponents of the season – Whitgift.